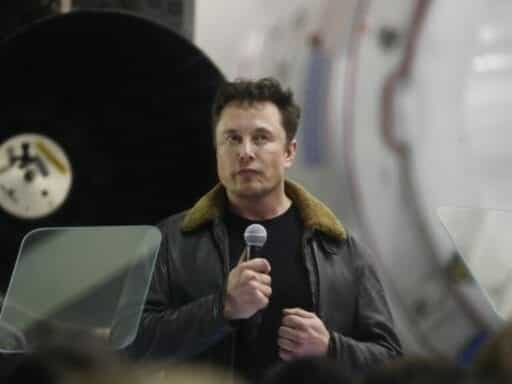 Tesla shareholders and the board are still sticking by him, at least for now.

The Securities and Exchange Commission this week announced that it was suing Tesla chairman and CEO Elon Musk over his now-infamous August tweets that he had secured funding to take the electric carmaker private. According to a new report, the federal government’s lawsuit was almost avoided — but Musk backed out of the deal.

On Thursday morning, the SEC and Musk’s lawyers had reached a settlement that would have required Musk to step down as Tesla’s chairman and fined the company of millions of dollars, according to a report from David Gelles, Matthew Goldstein, Emily Flitter, and Andrew Ross Sorkin at the New York Times. He would still have been able to stay on as CEO, and it would have brought to a close the drama that’s unfolded surrounding Tesla and Musk’s privatization dance in recent weeks. But Musk backed out. Why?

Because the emotional, highly public executive wanted to be able to proclaim his innocence. Three people familiar with the negotiations told the Times that Musk found the deal in which he’d “neither admit nor deny” wrongdoing unacceptable.

And so, the SEC sued.

The commission on Thursday filed a lawsuit against Musk, claiming his August 7 tweets in which he declared he was considering taking Tesla private at $420 and had already secured funding were misleading to investors and therefore securities fraud. In the complaint, the SEC says that Musk’s public statements and omissions “caused significant confusion and disruption in the market for Tesla’s stock and resulting harm to investors.”

The SEC’s suit isn’t just levying Musk with fines — it’s also seeking to ban him from serving as an executive or board member of any public company.

According to the Times’ report, this all could have been avoided had Musk stuck to the agreement his lawyers had negotiated.

Shareholders stuck with Musk through a summer of dubious publicity. The SEC suit could force them to reconsider.

Musk has seemed almost untouchable at Tesla, despite his public missteps and erratic behavior and the company’s own problems related to production and cash burn. (Tesla has $2.2 billion in cash as of the end of June and says it expects the cash pile to grow going forward; the Times notes that Tesla uses about $1 billion each quarter and has $11 billion in debt.)

He could have walked away relatively unscathed again: The plan negotiated between the SEC and Musk’s lawyers, set to be announced after the markets closed on Thursday, included some consequences for the August tweets, but nothing as drastic as those that could come from the suit. According to the Times, had the deal gone forward, Musk would have had to step down as chair of Tesla for 45 days and not resume the job for two years, he and Tesla would have had to pay tens of millions of dollars in fines, and he wouldn’t have had to admit he did anything wrong — but he also couldn’t say he didn’t.

But Musk didn’t go for it, per the Times:

So on Thursday morning, as settlement papers were being drawn up and news releases were being drafted, Mr. Musk walked away. Lawyers, Tesla executives and advisers to the company were stunned that he would turn away from such a favorable settlement.

And the S.E.C., taken aback, quickly changed course and upped the ante significantly. On Thursday afternoon, the agency sued Mr. Musk, seeking to bar him from serving as an executive or a director of a public company. If it wins, Mr. Musk will lose the company he co-founded. Tesla stock fell 14 percent on Friday.

The company’s board has stuck by Musk, and they continue to now, after the SEC’s lawsuit in a statement saying the board is “fully confident in Elon.”

Garrett Nelson, a senior equity analyst at research investment firm CFRA Research, told me before the SEC’s lawsuit that it’s “impossible” to quantify the value of Musk’s persistence as CEO and chairman of Tesla in its stock price.

Musk’s apparent decision to back out of the SEC deal is yet another example of the executive’s mercurial personality undermining his larger business interests and goals. Had he moved forward with the deal, the firestorm Musk ignited with his August 7 tweets could have conceivably come to an end. Instead, he’s now embroiled in a process that could potentially take years.

The Supreme Court showdown over Obamacare will be delayed until after the election
The high-stakes fight over a coronavirus economic stimulus package, explained
Facebook’s next move
The Trump administration just imposed another roadblock on low-income immigrants
What’s really going on with the economy
How to avert a post-election nightmare