Elon Musk’s not taking Tesla private after all 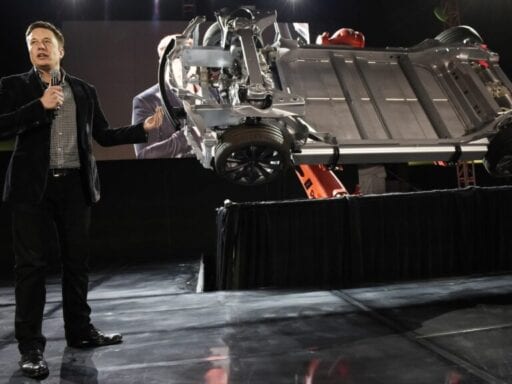 After two weeks of circus, all’s well that ends well?

Two and a half weeks after Elon Musk said in a surprise tweet that he was considering taking Tesla private, Musk has decided he’ll keep the electric car maker public after all.

Musk in a blog post late Friday said that after consulting with investors and meeting with Tesla’s board of directors, he has decided the better path forward for the company is to remain public.

“It’s apparent that most of Tesla’s existing shareholders believe we are better off as a public company,” Musk wrote, later adding, “Although the majority of shareholders I spoke to said they would remain with Tesla if we went private, the sentiment, in a nutshell, was, ‘Please don’t do this.’”

Musk on August 7 set off a firestorm when he put out a pair of tweets saying he was considering taking Tesla private at $420 and declared he had funding for the transaction secured. With a $70 billion price tag, it would have been the largest corporate buyout ever.

A circus ensued: Tesla’s stock price initially shot up, prompting the Nasdaq stock exchange to halt trading on Tesla while investors cooled off. In subsequent days, Tesla’s stock price drifted back down after the New York Times published an emotional interview with Musk and it became clear that much of the groundwork for a Tesla privatization plan hadn’t been laid prior to Musk’s tweet. Short sellers — investors who bet against a company and make money when a stock’s price falls — made money on Tesla’s losses, even as Musk’s animus toward short sellers appears to have been part of what prompted the go-private announcement in the first place.

The Securities and Exchange Commission reportedly subpoenaed Tesla regarding Musk’s tweets, including his assertion that he had secured funding to take the company private. After Musk’s initial announcement, he said that he had been in discussions with Saudi Arabia’s sovereign-wealth fund about a deal, but later reports indicated the Saudis might not be so interested after all.

The spectacle has also included weird attention on Musk’s personal life. The Times reported that Tesla’s board is worried about the South African-born entrepreneur’s Ambien habit. Musk and fellow business mogul Arianna Huffington got into a public spat over his sleep habits.

Whether Musk is following his girlfriend, Canadian musician Grimes, on social media has become a point of public interest, and a bizarre story involving rapper Azealia Banks, Musk, and Grimes has also been in the headlines. Some Tesla fans reportedly think that Musk’s love life may be to blame for his recent troubles.

It’s still not all rainbows and butterflies at Tesla

Friday’s announcement brings to a close a chapter of uncertainty about Tesla’s business structure, but Tesla still has plenty of other issues facing it.

For one, it won’t put the SEC’s scrutiny of Musk’s tweets to bed. And it may not the only thing the commission is looking into: Tesla has experienced highly publicized production delays for its Model 3 car, for which it has taken thousands of $1,000 deposits from customers since unveiling the vehicle two years ago. The SEC is reportedly probing whether the company misled investors about the delays.

The company is still burning a lot of cash, and Bloomberg in April reported that there is a “genuine risk” the electric car company could run out of money this year. Tesla has $2.2 billion as of June 30 and thinks that will grow this year, but concerns about its potential money problems persist.

And there’s also the question of Musk’s erratic behavior online. Tesla is reportedly trying to recruit a second-in-command to help Musk, but even if they find someone, that person isn’t going to be able to stop him from pressing send on his tweets. In early July, Musk said in an interview with Bloomberg he planned to tone down his Twitter feed. A week later, he called one of the Thai cave rescuers a pedophile.

Despite the uncertainty, Tesla’s board is sticking by him. A group of independent members in a separate statement on Friday said the board and entire company “remain focused on ensuring Tesla’s operational success” and “fully support” Musk.

Musk says he’ll stay focused, too. “Moving forward, we will continue to focus on what matters most: building products that people love and that make a difference to the shared future of life on Earth,” he said in Friday’s post. “We’ve shown that we can make great sustainable energy products, and we now need to show that we can be sustainably profitable.”

The Hatch Act, the law Trump flouted at the RNC, explained
North Korea just fired 2 “projectiles” — curiously timed to Bolton’s trip to South Korea
Here’s an idea to save local news: Stop trying to make a profit from local news
What the Iraq disaster can teach us about Trump
Vox Sentences: Who’s in charge in Peru?
Why White Castle has become a Valentine’s Day dinner destination