Emmys 2020: The nominees for the best TV of the year 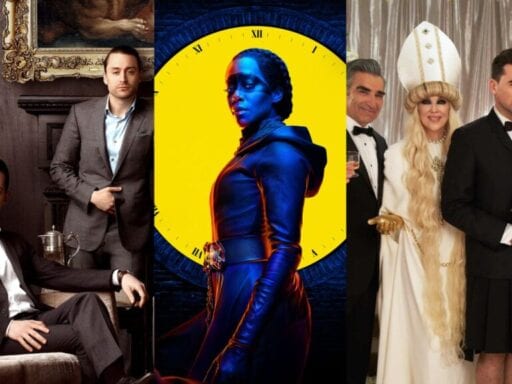 Despite the pandemic, the Television Academy will host the annual awards show.

Somehow, in a year as unpredictable as 2020, the Emmys are still happening. And Tuesday morning, starting at 11:30 am ET/8:30 am PT, the nominations for the TV industry’s most prominent awards will be announced.

The 2020 Emmy Awards will air on September 20, and ABC’s Jimmy Kimmel will host a virtual edition of the annual awards show. The red carpet and pre-show interviews won’t be the same — if they happen at all — but the Television Academy will still hand out the usual awards. The best TV series from the last year will be celebrated, in what will perhaps be a nice reminder of what once was, back in the pre-pandemic days.

There are some notable open slots this year in the top categories. Last year, in its second and final season, Phoebe Waller-Bridge’s dramedy Fleabag won three big awards: Outstanding Comedy Series, Lead Actress in a Comedy Series, and Writing in a Comedy Series. Those awards will be up for grabs now, and previous frontrunner and 2018 winner The Marvelous Mrs. Maisel should be a favorite. Schitt’s Creek, which concluded its final season this year, might also make a splash.

Similarly, Game of Thrones won Best Drama Series in its final season last year, and should open up the field a bit with its departure. Better Call Saul, Succession and Pose, which were all nominated alongside Game of Thrones last year, could benefit, based on their acclaimed recent seasons.

Below are the nominations, which we’ll be updating live as they are announced. You can watch the Television Academy announce the nominees starting at 11:30 am ET/8:30 am PT. The livestream is embedded below. The 2020 Emmy Awards will air on ABC at 8 pm ET on September 20.