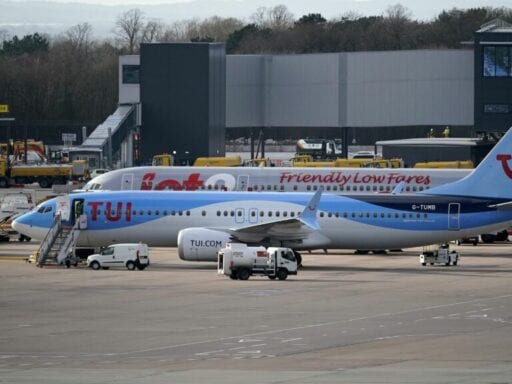 According to the New York Times, the Boeing 737 Max jet’s automatic stabilizers could have played a role in both crashes.

The similarities between the doomed Boeing 737 Max 8 jet that crashed in Ethiopia last weekend, killing 157 people, and the fatal Lion Air crash in Indonesia in October keep growing.

According to a New York Times report, investigators at the crash site of the Ethiopian Airlines flight found evidence that suggests that the plane’s stabilizers were tilted upward. At that angle, the automatic stabilizers would have forced down the nose of the jet — a similarity with the Lion Air plane that crashed into the Java Sea 12 minutes after takeoff, killing all 189 passengers and crew.

Both investigations are both still in the early phases, but the new evidence potentially indicates that the two planes both had problems with a newly installed automated system, the Times’ Jack Nicas, Thomas Kaplan and James Glanz report. The new Boeing 737 Max 8 system, known as MCAS, is intended to prevent a stall:

Boeing designed the 737 Max as an updated, more fuel-efficient version of its best-selling 737 aircraft. The Max’s engines were bigger and mounted farther forward on its wings, a configuration that could push the nose upward toward a stall in certain circumstances. To compensate for that, Boeing installed MCAS to automatically push the nose down to counteract those forces, in the hopes of making the 737 Max safer and able to handle like its predecessors.

But the two crashes in the last few months are worrying signs that the system could have unforeseen risks.

In the case of the downed flight in Ethiopia, investigators at the crash site are specifically looking at a piece of equipment known as a jackscrew, which controls the angle of the horizontal stabilizers. The stabilizers could have been tilted for other reasons, but they can be triggered by the MCAS. And in the Lion Air crash, investigators are also examining whether the MCAS set up a struggle between the new flight control system and the pilots, as Nicas, Kaplan and Glanz note:

Boeing and the Federal Aviation Administration have continued to stand by and support the safety of 737 Max aircraft. Even so, the company is pushing to finish a software update and push it out by April that will modify features of the jet around the automated system.

The two crashes have raised questions about the safety of the Boeing planes, which are used by airlines around the world.

Earlier this week, the United States decided to temporarily ground all Boeing 737 Max 8 and 9 planes. The US was one of the world’s last large countries to do so on Wednesday, following the lead of China, the member states of the European Union, and several other countries.

Three US-based airlines — American, Southwest, and United — have Boeing 737 Max jets in their fleets. (American Airlines has 24 Max 8 jets, Southwest has 34, and United has 14 Max 9s, according to NPR).

In total, some 300 planes in operation were grounded globally. In addition, there are more than 4,000 737 Max planes are on order that have yet to be delivered, and according to Bloomberg, the crashes have put those $600 billion worth of orders in jeopardy of not being completed.

Whether there was an issue with the plane’s new features on both crashes or not, the global community is no longer so sure about Boeing after the back-to-back tragedies: The company is now worth $25 billion less than it was at this time last week,

How to get the most out of your exercise time, according to science
Lebron’s Trump Response Gets 752% More Support Than Trump’s Tweet
California mandated masks. Florida opened its restaurants. Did any of it matter?
Trump tweets that he will fill Ginsburg’s seat “without delay”
Wildlife is in peril, but that doesn’t mean conservation has failed
Abe Shinzo, Japan’s longest-serving prime minister, steps down over health concerns