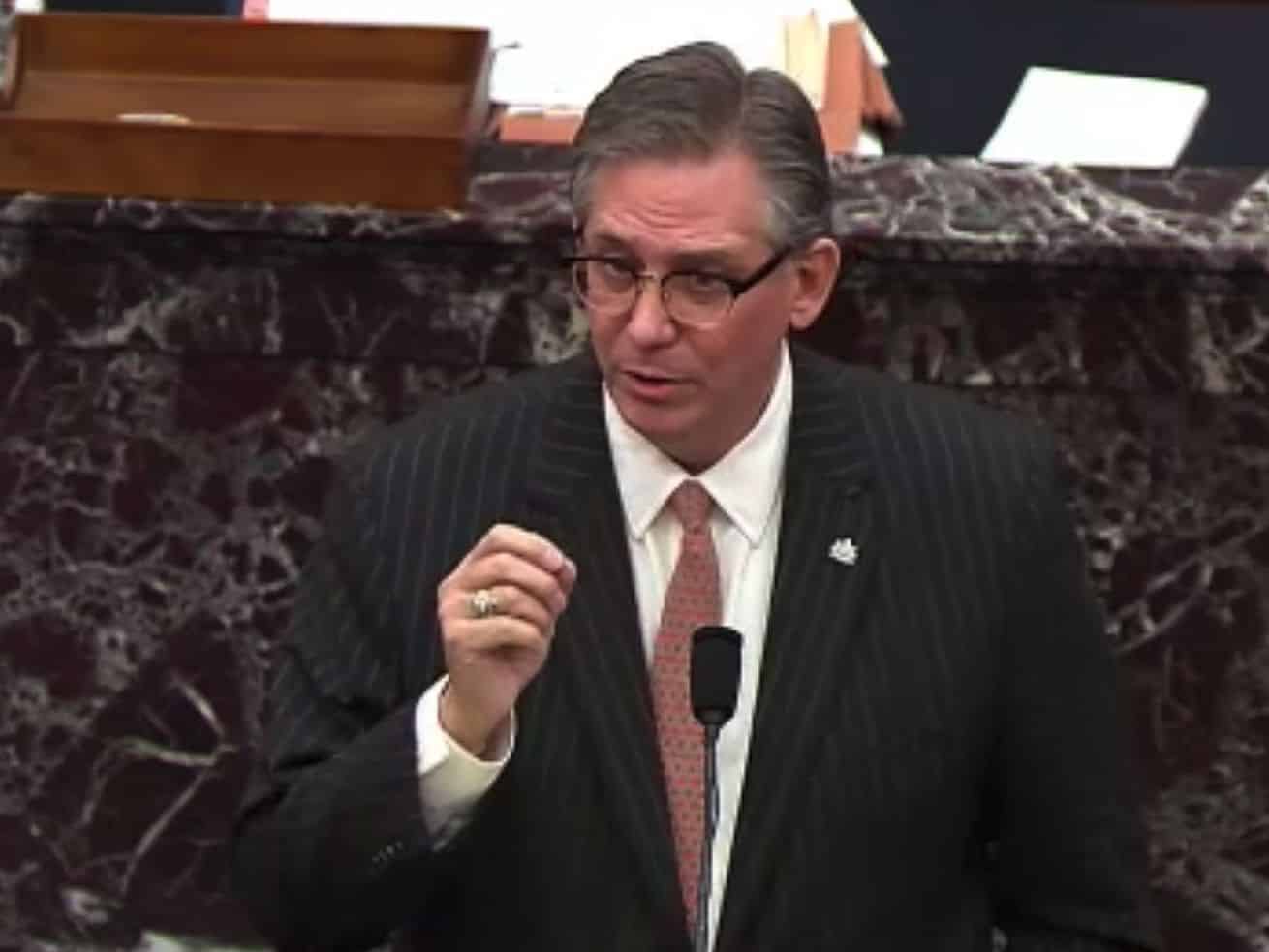 “I have no idea what he is doing,” Alan Dershowitz said.

The House impeachment managers began former President Donald Trump’s second impeachment trial on Tuesday by making legal and emotional arguments about why Trump must be held to account for his role encouraging a January 6 insurrection aimed at overturning his election loss. One of Trump’s lead lawyers, meanwhile, opened with a presentation that was more akin to an open mic night.

That attorney, Bruce Castor, delivered a rambling defense of Trump that included inscrutable lines like, “Nebraska, you’re going to hear, is quite a judicial thinking place,” and concluded with a dare for the Department of Justice to arrest Trump if it’s really the case that he committed high crimes and misdemeanors.

At times, his remarks — which began with him buttering up senators as “extraordinary people” — had the flavor of an improv set and it was hard to figure out what point he was trying to make.

I challenge you to make sense of what Bruce Castor is trying to say here. This is like the worst college lecture of all time. pic.twitter.com/x7rHNjYByT

There may have been some method to Castor’s seeming madness. Maggie Haberman of the New York Times reported that coming as it did on the heels of Rep. Jamie Raskin’s (D-MD) heart-wrenching account of how the insurrection impacted his family, Castor’s goal was to lower the temperature in the room.

FWIW: A Trump adviser tells me Castor is intentionally trying to reduce the emotion in the room after the House managers’ case. Calls it a “deliberative strategy.”

Castor nodded to that strategy at one point, saying, “I’ll be quite frank with you, we changed what we were going to do on account that we thought the House managers’ presentation was well done.”

Still, the arguments Castor used toward that end were so convoluted that his performance was panned by Alan Dershowitz, a staunch Trump supporter who was part of Trump’s legal team during his first impeachment trial.

“There is no argument — I have no idea what he is doing,” Dershowitz said during a Newsmax interview that took place while Castor was speaking on the Senate floor.

‘There is no argument – I have no idea what he is doing,’ @AlanDersh on Trump’s defense lawyer Bruce Castor ‘talking nice’ to U.S. Senators – via Newsmax TV’s ‘American Agenda.’ https://t.co/VlT7z8drtO pic.twitter.com/7P7uVk5X19

Other right-wingers also gave Castor a thumbs down. Washington Examiner chief political correspondent Byron York described his speech on Twitter as “a waste of time,” and conservative pollster Frank Luntz criticized both the optics and substance of the presentation.

Has anyone told Trump’s lawyer not to wear a black pinstriped suit?

They make viewers think of the Mafia – and what you wear has an impact on what people think.

Then again, judging by his comments, I guess this lawyer doesn’t know what people think.https://t.co/dNrVpIRZqg

Unsurprisingly, liberal lawyers like Norm Eisen (who served as a lawyer for Democrats in Trump’s first impeachment) were even more unforgiving.

That was perhaps the worst argument that I have ever heard from a lawyer.

One notable tidbit from Castor’s speech came when he acknowledged that Trump lost the election fair and square — a comment that may not have sat well with his client, who reportedly urged an earlier set of attorneys working on his impeachment defense to push long-debunked lies about election fraud, prompting them to resign from the case.

At other points, Castor touched upon a procedural argument that the Constitution doesn’t allow for presidents who have left office to be convicted of articles of impeachment.

That argument is dubious both in terms of the Constitution and with regard to common sense — after all, if impeached presidents can just resign from office and undercut Congress’s ability to prohibit them from running office again, then Congress can’t really hold them accountable — but it will likely be enough for a critical mass of Republican senators.

All but four of them voted at the end of Tuesday’s proceeding to end Trump’s impeachment trial on the basis of its purported unconstitutionality. Those 46 votes weren’t sufficient, but since a two-thirds vote is needed for conviction, they would be enough to secure Trump’s acquittal.