Every Massachusetts primary race you should know about, briefly explained 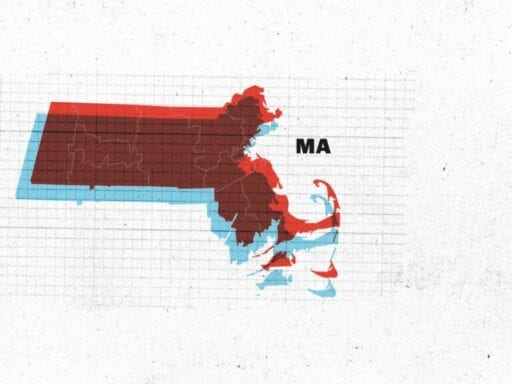 Bay State voters are headed to the polls on September 4.

In deeply blue Massachusetts, primary night is often more important than the November general election. This is very apparent during Tuesday night’s elections, featuring four key House primaries — just one of which has a single Republican candidate.

In the race for US Senate, three little-known Republicans are vying to run against Sen. Elizabeth Warren in November — bashing the incumbent senator for the 2020 speculation swirling around her. Meanwhile, the Massachusetts governor’s race is the rare one where a Republican is likely to triumph; moderate Republican Gov. Charlie Baker is one of the most popular governors in the country. Nevertheless, Baker is fielding a primary challenge from a conservative candidate, while two Democrats face off for the chance to compete against Baker in the fall.

These key House races are more of an attempt to diversify Massachusetts’ congressional delegation and unseat some long-standing older, white congressmen. Tuesday will be a critical night, not just for Massachusetts state politics, but also for the future of the Democratic party.

Here’s what to watch.

US Senate: Republicans want to unseat Elizabeth Warren, but it will be a long shot

Who is the Democrat? Sen. Elizabeth Warren, former Harvard Law School professor and progressive champion. She’s been in office since 2013.

Who are the Republicans? State Rep. Geoff Diehl (a 2016 Trump campaign co-chair in Massachusetts), businessman John Kingston, and Beth Lindstrom, the former director of the state’s Office of Consumer Affairs and Business Regulation.

What’s the story? 2020 speculation is swirling fast and furious around Warren, who is beloved by grassroots progressive groups and national Democrats alike. Warren has publicly tried to quash 2020 speculation while taking aim at President Trump through fiery speeches and a sweeping anti-corruption bill aimed at cleaning up Washington.

Back home in Massachusetts, Republicans Diehl, Kingston, and Lindstrom are all campaigning for the chance to face Warren in November 2018. There’s not a lot of policy differences between the three, but all are seizing on Warren’s progressivism and the 2020 rumors to attempt to argue that she won’t adequately represent the state. The polls show Warren with a commanding lead, but the Senate race will likely preview Republican arguments against her if she does end up running for president.

Who are the Republicans? Current Gov. Charlie Baker, in office since 2015. He’s facing a primary challenge from minister Scott Lively.

Who are the Democrats? Jay Gonzalez and Bob Massie. Gonzalez served as the former Massachusetts secretary of administration and finance under Gov. Deval Patrick, while Massie is a progressive activist.

Baker’s position in the middle is evidenced by the fact that he’s being challenged by a more conservative Republican on Tuesday’s primary, and then from the left by two Democrats (one of whom will face him in the fall). Baker’s Republican challenger says he isn’t conservative enough, while the Democrats say the opposite. Dems are sure to hit the governor for the state’s troubled Massachusetts Bay Transportation Authority, which is delay-prone. But Baker is all but assured a win in November — a recent WBUR poll found that 68 percent of Democratic voters approved of him.

Who are the Democrats? Incumbent Rep. Richard Neal, the former mayor of Springfield, and civil rights attorney Tahirah Amatul-Wadud. Neal has been in office since the late 1980s and is the ranking member of the powerful House Ways and Means Committee.

What’s the story? Neal, a 15-term incumbent, is the dean of the Massachusetts Congressional delegation. If Democrats retake the House in 2018 and he retains his seat, he’ll be the chairman of the Ways and Means Committee, which formulates tax policy.

First-time candidate Amatul-Wadud is running as a progressive, hitting Neal on issues like Medicare-for-all and money in politics. Neal voted against House Republicans’ sweeping tax cuts last year, but he’s drawing criticism from his opponent for voting for large defense bills (Neal has defended this by saying some of that money is going to Massachusetts military bases). Amatul-Wadud’s 2012 vote for Republican Senate candidate Scott Brown has also come up — albeit briefly.

Who are the Republicans? Just one: auto parts company CEO Rick Green.

What’s the story? The race for the seat of retiring Rep. Niki Tsongas is incredibly crowded. Even with such a large field, there are a number of very qualified candidates running. Predictors of success in this district have so far been fundraising and political experience.

Koh, the former chief of staff to Boston Mayor Marty Walsh, is leading the pack in fundraising so far. Analysis from the Lowell Daily Sun this summer found that he has pulled in a haul of over $3 million. But former Ambassador to Denmark Gifford and Trahan, a former high-ranking Congressional staffer who now works as a consultant, have each pulled in over $1 million, and Trahan just secured the endorsement of the Boston Globe’s editorial board.

What’s the story? This race has drawn a lot of attention because of Capuano’s 44-year-old challenger, Ayanna Pressley. The Boston city councilor’s campaign has national progressive groups excited that she could be the next Alexandria Ocasio-Cortez, but she’s not exactly an outsider in Massachusetts politics. Pressley served as a senior aide to former Sen. John Kerry and interned for former Sen. Ted Kennedy’s office. She’s arguing that she will shake up Washington, DC, and is running on Medicare-for-all and other progressive issues.

Capuano, on the other hand, is making the case to voters that he has the experience to get things done in Washington if the Democrats can retake the House. It’s going to be a closely watched race, evidenced by the fact that Massachusetts Sens. Elizabeth Warren and Ed Markey haven’t endorsed either candidate. Meanwhile, Massachusetts Attorney General Maura Healy and the Boston Globe have thrown their weight behind Pressley. But an August poll still showed Capuano in a comfortable lead.

Who are the Democrats? Rep. Stephen Lynch, in office since 2001. Lynch is being challenged by video game developer Brianna Wu and Air Force veteran Christopher Voehl.

What’s the story? Similarly to MA-07, the Eighth District Congressional race has gotten a lot of attention due to Wu’s challenge to longtime Rep. Lynch. Wu, a video game developer in Massachusetts, drew a lot of attention a few years ago for being one of the female gamers targeted by online trolls in “Gamergate.” Wu received rape and death threats, and she has said that she decided to run for Congress after Trump’s election in 2016 (there’s crossover between the Gamergate movement and Trump’s alt-right online supporters).

Wu and fellow candidate Voehl are vying to replace Lynch. Wu, in particular, argues that Lynch’s past conservative positions on social issues (which he has since shifted), should disqualify him from office in 2018. Lynch is also likely to take some heat for his past vote against the Affordable Care Act.

David Lynch says his Trump endorsement was out of context, asks Trump to “turn the ship around”
Trump donated $100,000 of his salary to fight coronavirus. He’s made much more than that off the pre...
In 2020, Joe Biden and the “moderates” are well to Obama’s left
President Trump uses Sarah Huckabee Sanders restaurant incident to raise campaign cash
Wilbur Ross’s prediction about the coronavirus helping the US economy could not have been more wrong
“They just see that you’re Asian and you are horrible”: How the pandemic is triggering racist attack...