Every New Hampshire primary race you need to know about, briefly explained 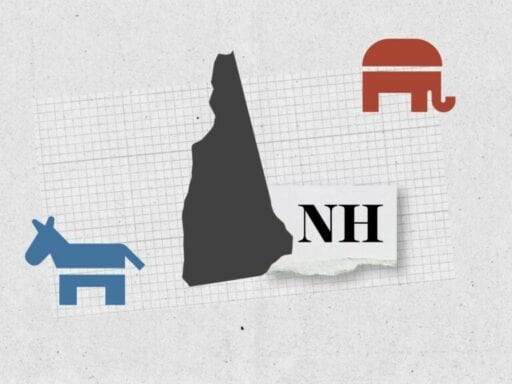 Granite State voters are headed to the polls on September 11.

New Hampshire might seem like it’s looking past the midterms: Democrats who hope to run in 2020 are already streaming into the state to stump for the presidential primary. But on Tuesday, voters go to the polls for two pivotal races: Democrats will pick their nominee for governor, and a crowded field of candidates in both parties are fighting for the nomination in an open seat in the state’s First Congressional District.

Two Democrats — Molly Kelly and Steve Marchand — are vying for the chance to run against Republican Gov. Chris Sununu, who is facing his first reelection since taking office in 2016. New Hampshire had been led by Democratic governors for 12 years until Sununu won in 2016 — and Democrats want it back.

There’s also a massive field of candidates running in the race for New Hampshire’s First Congressional District, after Democratic Rep. Carol Shea-Porter announced she is retiring this year. Eleven Democrats and five Republicans are competing for the nomination in their respective primaries. Bitter battles have played out in each primary, fueled by outside money and controversial attack ads.

Here’s what to watch.

Who is the Republican? Incumbent Gov. Chris Sununu, who is facing his first reelection. Sununu comes from a storied New Hampshire political family (his father is former governor John H. Sununu, who also served as George H.W. Bush’s chief of staff; his brother is former Sen. John E. Sununu). Chris Sununu is a moderate Republican, and his approval ratings are very strong so far.

Who are the Democrats? Former state Sen. Molly Kelly, and former Portsmouth Mayor Steve Marchand. Marchand ran and lost for the Democratic nomination for governor in 2016.

What’s the story? New Hampshire has a long history as a purple state, and Sununu is the Granite State’s first Republican governor in 12 years. He swept into the governor’s mansion in 2016 (even though the state voted for Hillary Clinton). With Republicans controlling the state legislature and the executive branch, Democrats badly want to flip Sununu’s seat this year. It will probably be tough; Sununu has an approval rating of 61 percent, per an August poll from the University of New Hampshire.

Steve Marchand, who came in second place in the 2016 Democratic race for governor, is going up against longtime former state Sen. Molly Kelly. Marchand is trying to carve out a space as the more progressive candidate — he wants debt-free college for New Hampshire state schools (the University of New Hampshire has some of the highest in-state tuition rates in the nation).

Still, the two have fairly similar policy views. Kelly has gotten a lot of endorsements in the state’s political sphere, but Marchand performed better-than-expected in 2016. It could be a close match-up.

What’s the story? Rep. Shea-Porter is retiring, and there’s an absolutely massive field of candidates shaping up to replace her. Back in 2016, the Democratic Congressional Campaign Committee tried to recruit Chris Pappas — a young, openly gay, popular executive councilor — to run for the seat, while encouraging Shea-Porter to step aside. Ultimately, Pappas declined. He has long been considered rising star in New Hampshire politics, but his win on Tuesday is far from assured.

Competition has come from Emily’s List-backed Maura Sullivan, a veteran who served in the Obama administration and who recently moved to New Hampshire to run for this seat.

Despite being new to the state, Sullivan has far more money than any other Democratic or Republican candidate and has been using it to run attack ads on Pappas, much to the frustration of many Democrats in the state. But Pappas and Sullivan are also going to be challenged by the sheer size of the field, which could have the effect of splitting the vote.

There’s also been a nasty battle on the Republican side between frontrunners Andy Sanborn and Eddie Edwards. Sanborn is accused of making inappropriate and sexually suggestive comments to a former State House intern, which has a lot of New Hampshire Republicans questioning his character and lining up behind Edwards.

Bernie Sanders got more young voters in New Hampshire than everyone else combined
Sarah Palin was “duped” by Sacha Baron Cohen for his new series
From coast to coast, protests against police brutality and racism are still going strong
Another way coronavirus will make Americans’ lives worse in the long term: More guns
Amy Klobuchar deserves a closer look from electability-minded Democrats
The second impeachment of Donald Trump, explained