Everyone from Spielberg to Iñárritu is making movies about themselves 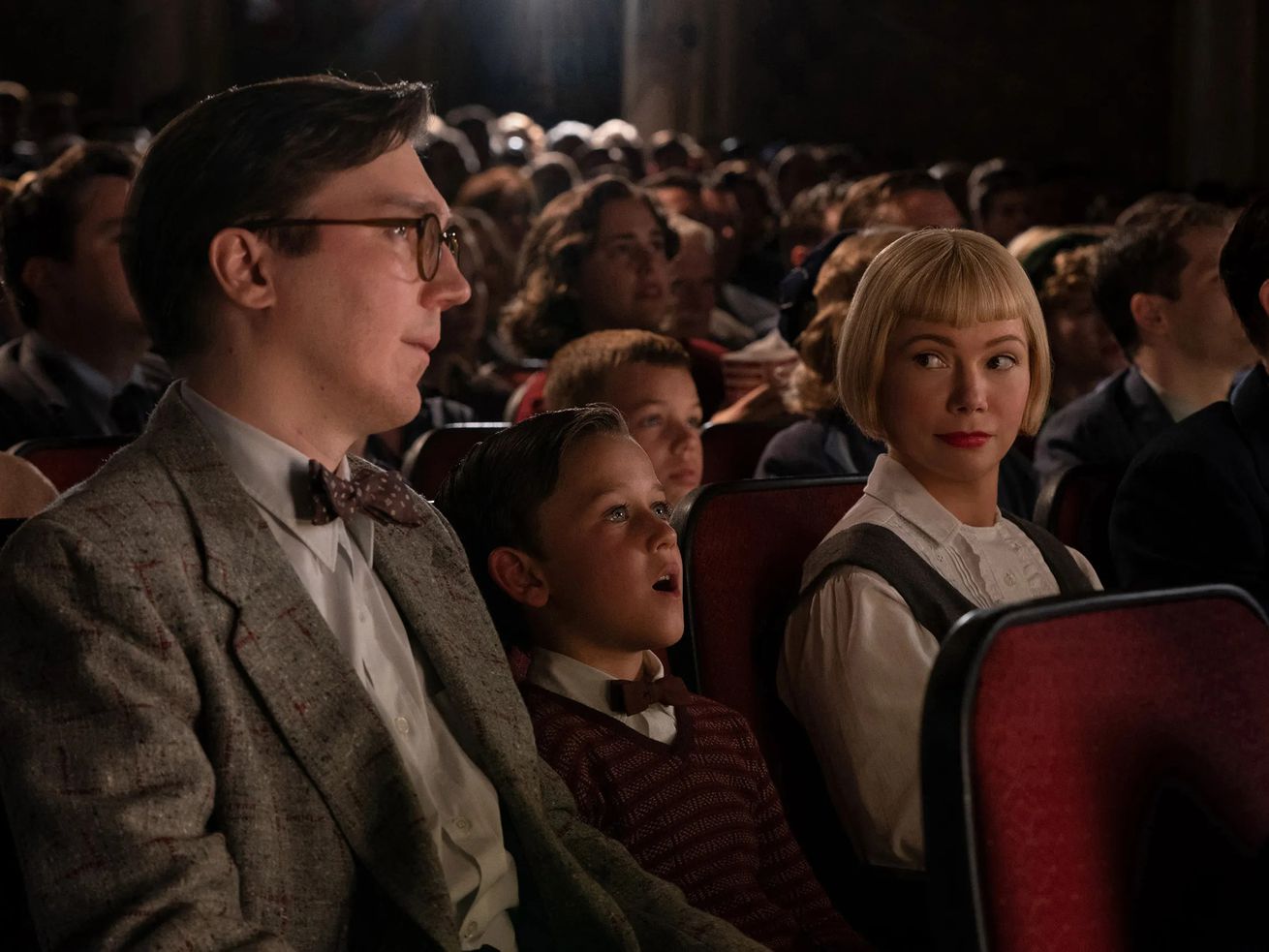 From The Fabelmans to Bardo to Armageddon Time, the filmmakers are making their memoirs.

A movie can make for a great memoir, because every movie is a trick. A movie makes you feel like you’ve experienced something, even if you haven’t; it gives you visceral memories of things that didn’t happen to you, in a way they never could have happened. As Federico Fellini put it to Rolling Stone in 1984, “Cinema uses the language of dreams: Years can pass in a second, and you can hop from one place to another. It’s a language made of image.” So if you want to bring an audience into your own story, there’s no better way than coaxing them to live inside it for a few hours, as though it’s a life they dreamed.

Filmmakers intuitively recognize this potential. They also know that it’s much more interesting to feel the emotion of someone’s experience than be submitted to a dry recounting of facts, as in the least-imaginative documentaries. For most of film history, directors have toyed with the medium as a way to put their own memories on screen.

But if memoir cinema happened plenty in the past, it’s in its boom time now. In 2019 there was Roma, drawn from Alfonso Cuarón’s memories of his childhood in Mexico City. The next year, Joanna Hogg’s film The Souvenir intricately recreated Hogg’s youthful memories, and was followed by 2021’s The Souvenir Part II. Last year, Belfast gave us an unabashedly sentimental glimpse into Kenneth Branagh’s childhood. You might call these autofiction — stories so lightly fictionalized we’re meant to know they’re the truth — but in the case of film, in which there’s a bit more space between creator and creation, that’s basically a distinction without a difference.

This year — well, you can’t throw a rock without hitting a memoir. Steven Spielberg, no stranger to drawing on his own life for his films, has finally just made a memoir with The Fabelmans, exploring his parents’ divorce and his own youthful attempts to understand the world, and his own fears, through movies. Alejandro Iñárritu’s Bardo is the tale of a Mexican filmmaker and journalist in an existential crisis. Mia Hansen-Love’s One Fine Morning, about a tumultuous love affair, bears distinctive marks of her own biography. And Joanna Hogg returns this year with The Eternal Daughter, which exists in the world of The Souvenir, as she struggles with the emotional and ethical freight of making a movie about her own mother.

A standout in the field, James Gray’s Armageddon Time performs the difficult trick of letting us into Gray’s childhood in Queens from both the child’s glowy-edged nostalgic perspective and his own adult vantage point. He both sees his family’s complicated relationship with class, privilege, and race as they appeared to him then and how he feels about them now, as an adult. The movie threads the needle and lets us into those perspectives, too.

A pileup of this sort can’t just be a coincidence. One explanation for the phenomenon could be that an aging set of directors are naturally inclined to look back at their lives, especially in a time of such cultural turmoil. Gray, for instance, uses Armageddon Time as a window into our time, connecting past and present. Yet not all of these films are looks back from older directors; that answer seems too simple.

That’s further evidenced by two movies from 30-something directors this year. The Cathedral exquisitely recreates director Ricky D’Ambrose’s own youth, down to shooting in his family home, as a way of understanding his father. Similarly, Charlotte Wells’s Aftersun, a standout at Cannes, reconstructs memories of a trip she took with her father as a tween and feels like an attempt not just to understand, but to forgive.

There are some interesting other clues. In most of these films, the protagonist is a stand-in for the director, a lightly fictionalized character who usually bears a different name. Hogg’s avatar is named Julie Harte. Spielberg’s is named Sam Fabelman. In The Cathedral, D’Ambrose names his protagonist Jesse Damrosch. Bardo’s protagonist is named Silverio Gama.

That’s a move that fiction writers sometimes use to create distance or humor in a narrative, and here it works to make us think about the character they’re creating. We’re meant to know these are the director and also not the director — a memory the director has of themselves, rather than their actual selves. That’s an easy thing to understand; our past selves feel more like people we once knew than characters on a continuum with ourselves. And yet it’s mannered, making you aware that you are watching a movie, not just someone’s home movies.

In other words, it’s a metafictional technique, drawing your awareness to the form as well as the content, and it’s not always the only one. Spielberg gets playful with metafiction in The Fabelmans, slipping a couple of visual and verbal jokes into the movie that remind you the character you’re watching grew up to make this film, and that it’s his own attempt to work through fears that have been with him since he was a boy.

Or there’s The Irishman, the least literalist of the bunch, in which Martin Scorsese reevaluates (by proxy) his legacy, both professional and personal. Using another person’s memoir as a way to explore his own life, Scorsese has a character played by his regular collaborator Robert De Niro stand in for himself: he lives out an entire, conventional Scorsese movie, then pivots hard into reevaluating the story he’s told about himself his whole life. That realization comes by way of a character in the movie, and her wake-up call seems clearly drawn from real life.

Autofiction, thinly fictionalized stories based on the author’s life, was a recent buzzword in the literary world, so you could connect these techniques to that trend. But whenever we talk about the art of cinema, we have to remember that it’s a business. So there’s another possible reason: the recent glut of money thrown at filmmakers for “personal projects” by streaming businesses — most notably Netflix. This trend is on the decline now, but while it lasted, it fostered an environment in which filmmakers could just try to make things that they couldn’t get made before, for whatever reason. Maybe they were too expensive, or too long, or studio executives (never the most imaginative or in-touch folks in the business) didn’t think anyone would care. Getting a blank check is as good as a permission slip to go ahead and make that personal film.

There’s also the fact that these projects often garner awards buzz, especially for already-prominent filmmakers. Something about the way they make us think about them as not just “stories” but films make them feel important, monumental, serious, even epic. That can set them up well for end-year awards — they’re movies that mean something, and you can feel it.

Yet none of these furnish a full explanation, probably because there isn’t an easy one. (For instance, a number of the biggest films, including The Fabelmans, Armageddon Time, and Belfast, aren’t bankrolled by streamers.) At the end of the day, memoir movies succeed because we watch them, or at least we think we should. Memoir isn’t just about the author; it’s about the reader, giving us a way to understand our own lives through someone else’s story. Plenty of bad memoirs exist, but a good one can be transformative. And living through someone else’s memories on screen can make you feel like you’ve experienced them yourself. You might understand yourself better through someone else — an Irishman, perhaps. If you’re lucky, it can change your life.

“The party is over”: How Meta and Google are using recession fears to clean house