Exclusive: Democrats have a new plan to keep millions of laid-off workers insured 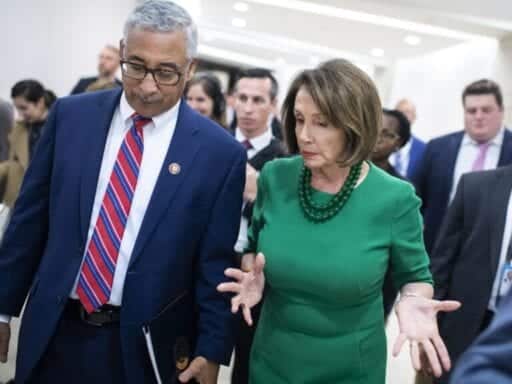 House Democrats will unveil a bill to dramatically expand COBRA subsidies for laid-off and furloughed workers.

COBRA allows laid-off workers to keep buying into their health insurance plans. But there’s a big catch: It can be prohibitively expensive because laid-off people are on the hook for their part of the insurance premium as well as their employer’s part (on average, $7,200 for an individual and more than $20,000 for a family).

“That can be easily $1,000 a month, and if you just lost your job, you don’t have $1,000 a month,” House Committee on Education and Labor Chairman Bobby Scott (D-VA), a main bill sponsor, told Vox in an interview Monday.

The new bill, called the Worker Health Coverage Protection Act, is Democrats’ proposal to fix a growing problem due to the economic fallout from coronavirus: people losing their employer-sponsored health insurance. An April 2 Economic Policy Institute report estimated as many as 3.5 million people could have lost the health insurance they got through their employer in the previous two weeks. The timing is not ideal. The middle of a deadly global pandemic is a particularly bad time to be uninsured; intensive care for coronavirus treatment can cost tens of thousands of dollars.

House Democrats’ bill would expand COBRA to cover 100 percent of the cost of a person’s health insurance premiums. Importantly, it would also cover 100 percent of premiums for furloughed workers — temporarily laid-off workers whose employers have promised they will return to work when economic conditions improve, and who still get health insurance through their employer.

“It’s affordable because if you don’t have a job you’re going to get significant subsidies,” Scott said. “It’s much more functional to keep your COBRA payments so you can keep your provider network, keep the deductible you had.”

How the bill would work and where it stands

COBRA has been around since the mid-1980s, but the program got extra subsidies during Congress’s 2009 economic stimulus bill, when it covered about 65 percent of a laid-off person’s health insurance premium costs. Still, lawmakers later found that wasn’t enough to get people on board with the program if their costs were still too high.

“Not everybody enrolled and people had gaps in coverage,” said Katherine Hempstead, a senior policy adviser at the Robert Wood Johnson Foundation. “People felt pinched for dollars, and when they feel pinched for dollars they don’t want to do something even if it’s subsidized.”

The Worker Health Coverage Protection Act would expand that to 100 percent coverage, both for laid-off workers and furloughed ones. In the case of laid-off employees, these new COBRA subsidies would cover both the employee and employer portions of the premium costs. In the case of furloughed workers, the bill would just cover the cost of the employee’s premiums because the employer would continue to pay in as well.

“This proposal should be favored by providers, since it will increase their likelihood of receiving higher commercial rates from these workers,” said Hempstead. “Also, this is advantageous for insurers that are in the employer market but not the marketplace.”

“We’re talking about a health pandemic. Obviously health care is extremely important because if anybody is infected and has to go to the hospital, the course of treatment varies widely,” Scott said. “Some don’t get any treatment at all, some are in intensive care for many days. It’s so random and that’s why insurance is so important.”

It’s worth noting Democrats view this as a temporary proposal to make sure more people can get affordable health insurance during a time of crisis. But both former Vice President Joe Biden’s public option proposal and Sen. Bernie Sanders’s Medicare-for-all bill are well to the left of the COBRA subsidy. Adding COBRA subsidies isn’t a panacea, but it’s an important piece of the overall health insurance landscape.

“There are some systems in place; COBRA is one of them and subsidizing COBRA is huge,” Hempstead said.

There are certainly still some gaps in COBRA as well; it doesn’t cover workers from small businesses with fewer than 20 workers, although a number of states have extended the program to small businesses.

The bill will be introduced later this week, and a companion bill is forthcoming in the Senate. Democrats plan to try to negotiate it into the next coronavirus package Congress takes up, although the timeline for such a package is still up in the air. Whether Republicans will get on board with the bill is also unclear.

“We’ll do the best we can with a Democratic House and Republican Senate,” Scott said. “If they want to cover COBRA, the legislative language is ready to go with the proposal.”

COBRA has been underutilized in the past because it is too expensive for many people. But if more people are able to access it with these extra subsidies, it could possibly help fill a large gap in insurance coverage.

As Vox’s Dylan Scott recently wrote, other options for health care coverage include special enrollment for the Affordable Care Act’s private insurance markets. Lower-income people could be eligible for Medicaid. But finding out if you’re eligible for either can sometimes take a while. COBRA is faster because you’re keeping your insurance plan rather than signing up for a new one.

“Getting unemployed workers onto COBRA can happen very quickly, without the sometimes complex eligibility process involved in Medicaid and the ACA marketplace,” said Larry Levitt, senior vice president at the Kaiser Family Foundation.

Even with all of COBRA’s existing cost problems, the key benefit to the program is continuity in coverage. It allows a laid-off worker to keep his or her network and doctor rather than having to lose their health insurance and providers and potentially having to sign up for an entirely new network when they get a new job. If someone is in the middle of a medical treatment, it means a lot less upheaval and paperwork for them.

“COBRA would allow people who lose their jobs to maintain their same insurance and doctors, which could be important in the middle of a public health emergency,” Levitt said.

No one knows how long the coronavirus economic crisis will last. But this proposal could go a long way toward keeping people on their health insurance until they reenter the workforce.

The frustrating reality of having vaccine-hesitant family members
How cities can tackle violent crime without relying on police
Trans Twitter and the beauty of online anonymity
Survey: Most people think Trump is intelligent
Trump repeatedly pushed incoherent talking points about the wall over the course of a single day
The decline and fall of the American death penalty