Exclusive: Pompeo told North Korea to cut its nuclear arsenal by 60 to 70 percent 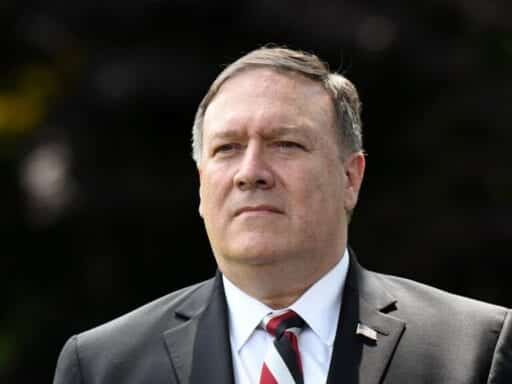 But North Korea has consistently rejected the secretary of state’s proposal.

The Trump administration has presented North Korea with a formal timeline for starting the process of denuclearization — and Pyongyang has rejected it several times. It shows that even after months of talks, Washington and Pyongyang have made little progress toward ending the North Korean nuclear threat.

The details of the US-proposed timeline, which have not previously been reported, are as follows: North Korea hands over 60 to 70 percent of its nuclear warheads within six to eight months; the US or a third party — likely another country — takes possession of them and removes them from North Korea. It’s unclear what concessions, if any, the US would offer in exchange beyond sanctions relief or removing North Korea from the state sponsors of terrorism list.

Further complicating matters, North Korea hasn’t yet disclosed to the United States exactly how many nuclear bombs it even has. So even if North Korean negotiators did agree to the US timeline and handed over what it says is 60 to 70 percent of its arsenal, it would be difficult to verify that.

Indeed, one source told me that Pompeo’s main goal in this stage of the negotiations is merely to get North Korea to officially disclose how many nuclear weapons it possesses, and has pressed the North Koreans to fully account for its warhead total.

On June 30, the Washington Post reported that US intelligence officials believe the Kim regime will not give up its nuclear stockpile and is looking to conceal the number of nuclear weapons it has; some estimates hover around 65.

But this timeline — and the North Koreans’ rejection of it — tracks with previous reporting about the negotiations, including from the Wall Street Journal, the Washington Post, and the Japanese newspaper the Asahi Shimbun.

Several North Korea experts I spoke to think the US offer is a good one. “This makes a lot of sense for both sides,” said Michael Fuchs, a top Asia official at the State Department from 2013 to 2016. “If you’re the Trump administration, you want a very clear, upfront down payment.”

North Korea might agree to the 60 to 70 percent warhead handover, or something close to it — as long as it gets something substantive in return, continued Fuchs, who is now at the left-leaning Center for American Progress think tank in Washington. “I can imagine a world where the North Koreans agreed to do this,” he said.

Sources tell me that North Korean negotiators have started to sour on Pompeo because he keeps repeating the request despite the multiple rejections.

America’s unchanging position may explain North Korea’s increasing frustration with the US. In May, Washington and Pyongyang ended their negotiations two hours early, despite Pompeo’s public insistence that both sides made “good progress.”

What’s worse, when Pompeo went to Pyongyang in July for his third meeting — in part because North Korea promised him a sit-down with Kim Jong Un — Kim never showed. Instead, Kim opted to visit a potato farm.

Pompeo and his team held talks with the North Koreans anyway. But after two days of negotiations, North Korea called America’s demands “gangster-like” and “regrettable,” although it was unclear then what Pompeo’s demands were. Pompeo rejected the characterization, saying US demands reflect those of the world.

National Security Adviser John Bolton has also expressed frustration with the progress of the negotiations in recent days. On Tuesday, he told Fox News that “North Korea that has not taken the steps we feel are necessary to denuclearize.”

He has a point: Since the Trump-Kim summit in Singapore in June, North Korea has done very little to actually end its nuclear program. Up until now, it’s looked like Pyongyang is purposely stalling instead of acceding to Trump’s denuclearization demand. A letter Kim sent to Trump in July didn’t even mention “denuclearization.”

North Korea has made some concessions, though. On July 23, satellite imagery showed Pyongyang was dismantling a missile site. Four days later, North Korea returned the purported remains of 55 American troops who served in the Korean War.

The question now is if Trump or Pompeo will make the same request the next time they meet their North Korean counterparts, and if North Korea would accept if so. But some experts think they should come to a deal along these lines.

“It’s potentially advantageous for both sides,” Fuchs told me.

10 Things I Hate About You is as fresh as ever, even 20 years later
Why Trump didn’t declare a national emergency over a border wall (yet)
What’s going to happen to the movies this year?
10 legal experts on the future of Roe v. Wade after Kennedy
Trump is running on criminal justice reform but just praised China’s execution of drug dealers
Bernie Sanders takes on Facebook and Google for destroying local media