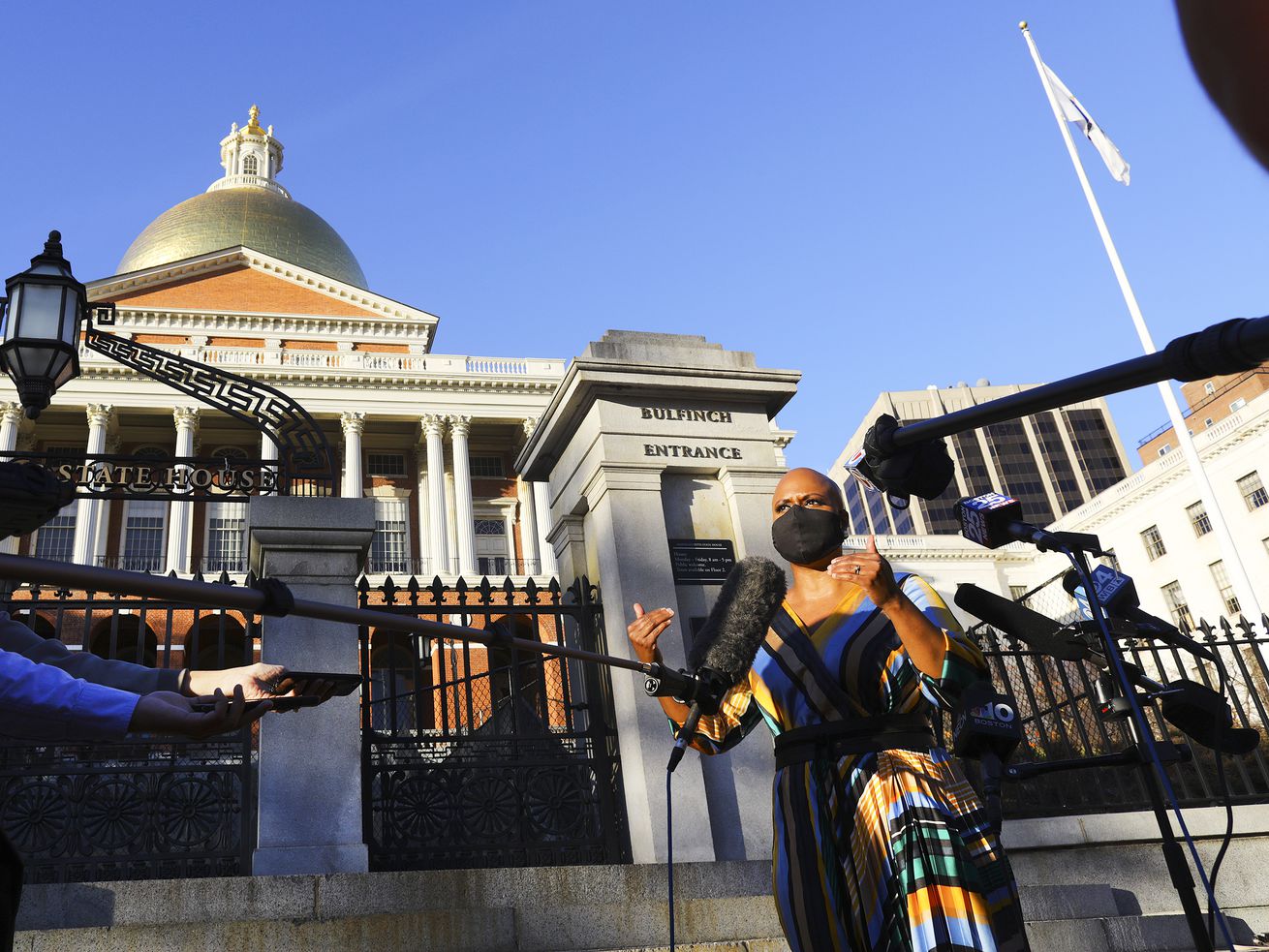 The legislation calls for an anti-racism center at the Centers for Disease Control and Prevention.

The coronavirus pandemic has made the everyday realities of structural racism abundantly clear: A year into the pandemic, statistics show that Black and Latino people are three times more likely than white people to contract Covid-19 and two times more likely to succumb to the illness altogether. The impact of the virus extends to jobs, mental health, housing, and education, too — setting people of color further back.

Meanwhile new data show that Black and brown communities aren’t being reached by mass vaccination efforts, with white Americans having greater access to the vaccine.

To tackle these glaring disparities — and the harmful health effects of decades of systemic racism more broadly — Rep. Ayanna Pressley, Sen. Elizabeth Warren, and Rep. Barbara Lee are reintroducing a bill in Congress on Monday. Their Anti-Racism in Public Health Act of 2021 would make sure the US government understands just how badly people of color’s health has been harmed by two ongoing crises: the coronavirus pandemic and the disproportionate rate of violence that law enforcement officials inflict on Black and brown people.

Right now, the three lawmakers say, the federal government doesn’t even have the information it needs to adequately confront the racial disparities in health outcomes. When the coronavirus pandemic hit a high last spring, the Centers for Disease Control and Prevention did not readily release information by race until the public demanded it. According to Pressley, the government failed to “adequately collect race and ethnicity data on COVID-19 testing, hospitalization, and deaths.” One of the bill’s key goals is to expand research about the virus’s impact by race — and ultimately shape health policy that is anti-racist.

The other is to tackle another great threat to the lives of Black and brown Americans — police violence, the sixth-leading cause of death for young Black men. By examining police use of force through a public health lens, the bill brings new urgency to the matter outside of criminal justice reform.

To address both crises, the bill would establish two programs within the CDC: a “National Center for Anti-Racism,” and a law enforcement violence prevention program within the center’s National Center for Injury Prevention. It might seem like two separate fixes made for two separate bills, but the lawmakers see them as the most pressing systemic racism issues our country faces. The bicameral legislation is co-sponsored by more than three dozen lawmakers including Sens. Tina Smith and Ed Markey and Reps. Rashida Tlaib and Eleanor Holmes Norton.

“Structural racism is a public health crisis that continues to ravage Black, Brown, and Indigenous communities, deny us access to quality health care, and exacerbate the longstanding racial disparities in health outcomes,” Pressley said in a statement. “To confront and dismantle the racist systems and practices that create these inequities, we need robust, comprehensive research on the public health impacts of structural racism and policy solutions to bring an end to these disparities once and for all.”

A center for anti-racism at the CDC, which the bill proposes to create, would first counter the lack of health information disaggregated by race by calling for research and data that considers the impact of systemic racism. This means the center would make it so that race is not an afterthought when it comes to health interventions, but a leading factor that shapes policy decisions in housing, education, food, and other determinants of health. At the same time, the center would declare racism a public health crisis, sending the message that racism is an urgent threat to the wellbeing of the world.

The act also specifically calls for the CDC to create at least three regional centers that focus on anti-racism and educate the public on the harms of structural racism and color-blind health interventions, like vaccine distribution plans that don’t take race and ethnicity into account. Ultimately, the center’s study of racism should inform the training that CDC staff members receive and the steps the organization takes to develop policies that are anti-racist.

The bill also regards policing in America as a public health issue, to be treated through health policies that foster equity. “Due to structural racism in the United States, Black men are up to three and a half times as likely to be killed by police as white men, and 1 in every 1,000 Black men will die as a result of police violence,” the bill states.

The bill seeks to establish an office within the CDC that would conduct public health research into police violence to determine both the health impacts and how to best develop public health policies that eliminate deaths, injury, and trauma at the hands of the law enforcement. Similar to the anti-racism program, this center would prioritize data collection to give the federal government a strong understanding of how police presence, interactions, violence, and brutality impact health. The ultimate goal would be to “disrupt processes in policing that preserve and reinforce racism and racial disparities in public health,” the bill states. The bill also suggests that the center study “alternatives to law enforcement response as a method of reducing police violence.”

While 2020 exposed the fault lines in America’s health care system, it also laid bare the innumerable problems with policing. The police killings of Black Americans like Breonna Taylor and George Floyd only underscored the kind of fear and terror that the Black activists have been demonstrating against for decades. The advocacy group Mapping Police Violence found that police killed 1,127 people in 2020 — there were only 18 days out of the year without a police killing. Black people represented 28 percent of these killings despite representing only 13 percent of the country’s population.

Reps. Pressley and Lee and Sen. Warren believe the legislation would make for a comprehensive approach to these issues that the country must no longer choose to ignore.

“Black, Brown, and other communities of color are dying at disproportionate rates from this pandemic. We have a moral responsibility to not only confront, but dismantle and denounce centuries of racism in our public health system,” Lee said in a statement.