“Extinction breeds extinctions”: How losing one species can wipe out many more 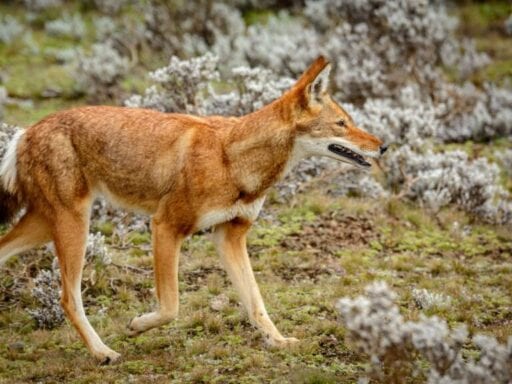 Humans are causing a mass extinction. And humans can stop it.

Earth is now in the middle of a mass extinction, the sixth one in the planet’s history, according to scientists.

And now a new study reports that species are going extinct hundreds or thousands of times faster than the expected rate.

The researchers also found that one extinction can cause ripple effects throughout an ecosystem, leaving other species vulnerable to the same fate. “Extinction breeds extinctions,” they write in their June 1 paper in the Proceedings of the National Academy of Sciences.

With the accelerating pace of destruction, scientists are racing to understand these fragile bits of life before they’re gone. “This means that the opportunity we have to study and save them will be far greater over the next few decades than ever again,” said Peter Raven, a coauthor of the study and a professor emeritus of botany at Washington University in St. Louis, in an email.

The findings also highlight how life can interact in unexpected ways and how difficult it can be to slow ecological destruction once it starts. “It’s similar to climate change; once it gets rolling, it gets harder and harder to unwind,” said Noah Greenwald, the endangered species director for the Center for Biological Diversity, who was not involved in the study. “We don’t know what the tipping points are, and that’s scary.”

It’s worth pausing to reflect on what “extinction” means: a species completely and forever lost. Each one is an irreparable event, so the idea that they are not only happening more often but also might be sparking additional, related extinctions is startling. And these extinctions have consequences for humanity, from the losses of critical pollinators that fertilize crops to absent predators that would otherwise keep disease-spreading animals in check.

So researchers are now looking closely at which animals are teetering on the edge of existence to see just how dire the situation has become, and to figure out what might be the best way to bring them back.

There is tremendous biodiversity on earth right now. The number of species — birds, trees, ferns, fungi, fish, insects, mammals — is greater than it ever has been in the 4.5 billion-year existence of this planet. But that also means there is a lot to lose.

The new study examined 29,400 species of vertebrates that live on land — mice, hawks, hippos, snakes, and the like. These species from all over the world were cataloged by the International Union for Conservation of Nature.

Out of those examined, 515 species — 1.7 percent of those studied — were found to be on the brink of extinction, meaning fewer than 1,000 individuals were left alive. These species include the vaquita, the Clarion island wren, and the Sumatran rhino. And half of these 515 species have fewer than 250 individuals left. If nothing is done to protect them, most of them will go extinct over the next 20 years.

But these species on the precipice of the abyss are not spread evenly across the world; they’re concentrated in biodiversity hotspots like tropical rainforests. That makes sense because tropical forests have the most variety of species to begin with and they have the highest rate of habitat destruction. “About two-thirds of all species are estimated to occur in the tropics, and we know less about them than those in other parts of the world,” said Raven. “[Y]et more than one-quarter of all tropical forests have been cut in the 27 years since the ratification of the Convention on Biological Diversity.”

Losing one endangered species can endanger many others

The species teetering on the edge of eternal loss often live alongside other endangered species, even if they are present in greater numbers. The species on the brink then serve as loud sirens of the possible bigger threat to other life in their environs. As species within a pond, forest stand, or watershed die off, others soon follow.

In many cases, species interact with others in complicated and often unforeseen ways that aren’t recognized until they are gone. For example, if a plant-eating insect dies off, the plants it eats could run rampant and choke off other vegetation. Meanwhile, the birds that feed on the insect could be without an important food source. Each of these subsequent changes could have myriad other impacts on distant species, and so on and so on. The disruption can continue until the ecosystem is hardly recognizable.

Scientists have observed these kinds of rippling disruptions in ecosystems for decades in places like the Amazon rainforest, watching what happened when species went extinct in a given area or when a habitat fractured into pieces.

As these ecosystems degrade or collapse, humans stand to lose a lot of functions from nature they take for granted, like forests that generate rainfall for aquifers or mangroves that shield coasts from erosion. Many land vertebrates, for instance, are critical for spreading the seeds of trees. Without them, the makeup of a forest could transform.

Even if a less diverse prairie, forest, or desert were to remain, it would be more vulnerable to shocks like fires and severe weather. Diverse ecosystems act as buffers against environmental extremes, and without them, humans will face more risks of phenomena such as heat waves without vegetation to cool the air, or they may suffer more coastal inundation without mangroves to absorb waves.

And as humans build closer to areas that were once wild, they face higher risks of exposure to threats such as animal-borne disease and wildfire. So the economic and health costs of runaway extinctions could be immense.

The new study is part of a steady stream of grim news for endangered species. In 2019, the United Nations’ Intergovernmental Science-Policy Platform on Biodiversity and Ecosystem Services (IPBES) released a massive 1,500-page report on global biodiversity. The report concluded that up to 1 million species are at risk of extinction, including 40 percent of all amphibian species, 33 percent of corals, and about 10 percent of insects.

And a unifying theme among the various studies of extinctions is that humans are to blame.

Through destroying habitats, spreading disease, raising livestock, dumping waste, overharvesting, overfishing, and climate change, the 7.5 billion humans on this planet have become their own force, unlike any that exists in nature.

“We are in no sense simply a part of the global ecosystem anymore, living in a broad, wide world,” said Raven. “[W]e are one species, totally dominant, among the millions of others that exist.”

It’s true that species do go extinct naturally, but the rate of extinction now is thousands of times higher than the expected background rate. It can be difficult to tease out whether an organism disappeared as a direct consequence of human activity or because a species it depended on was wiped out by people, but both types of losses stem from humanity. “We can’t easily reverse the trend but can learn as much as we can in the time we have left,” Raven said.

However, the fact that human activity is driving the vast majority of these extinctions means that changing human activity can help pull back vulnerable species from annihilation.

Conservation policies have already proven effective at thwarting some permanent losses, like the Endangered Species Act in the United States. It’s even spurring the recovery of several species, like the bald eagle. And there is still time to rescue other species that are on the brink. But saving what’s left will require concerted action, and time to act is running out.

“You do not want to get into a deep depression. You want to get involved and do the very easy things we can do to prevent us from destroying the planet,” said Stuart Pimm, a professor of conservation at Duke University and president of Saving Nature, an environmental conservation nonprofit. “The important story is there is a lot we can do about it.”

Since humans are causing most of the destruction that is driving extinctions, humans can change their behaviors in ways to protect life. One of the most effective steps people can use to protect endangered species is to protect the environments where they live, shielding them from mining, drilling, development, and pollution.

“We can definitely make a difference. We can slow the pace of extinction,” Greenwald said. “We know how to do that. We can set aside more area for nature.”

Another tactic is building corridors for connecting fragmented ecosystems, creating larger contiguous areas. That can allow the synergy between species to grow and build a more resilient ecosystem that could better withstand the disappearance of a species and restore those in decline.

However, the threats to so many species have been building for years and they can’t be reversed overnight. It will take a sustained global conservation effort to protect the precious few and restore them to the multitudes that once swam, flew, and walked the earth.