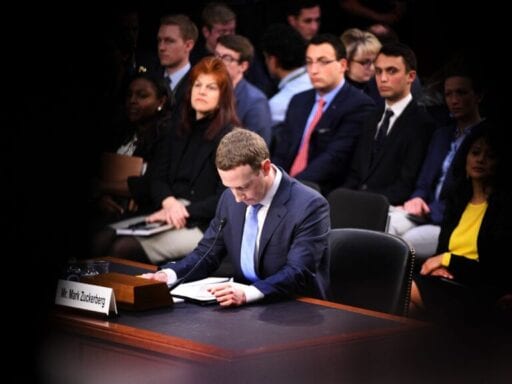 The company is expanding its hate speech policy to include “harmful stereotypes.”

Facebook will start banning posts that contain blackface or that promote anti-Semitic conspiracy theories that Jewish people are running the world.

The social media giant announced the expansion of its hate speech policies in a press call on Tuesday morning. Under the new policy, Facebook will no longer allow visual or written posts that depict “caricatures of black people in the form of blackface” or “Jewish people running the world or controlling major institutions such as media networks, the economy or the government.”

These depictions represent examples of “implicit speech” that “has historically been used to disparage intimidate or exclude people based on protected characteristics like race or religion,” said Facebook’s VP of content policy, Monika Bickert, on the call. Bickert also said the company has been working on revising this policy for about nine months, and consulted 60 outside organizations and experts on the matter. Facebook said it will start enforcing its ban on Jewish stereotypes immediately, and the ban on blackface starting later this month.

While unlikely to eliminate longstanding concerns about the prevalence of hate speech on Facebook’s platform, the move is a notable expansion of the company’s policies restricting hate speech. It is also of the kind of restriction that not only covers overt racial slurs but also thinly veiled or disguised racism, which some civil rights groups have long called for Facebook to ban. When Anti-Defamation League CEO Jonathan Greenblatt spoke with Recode in July, he cited a popular Facebook group promoting baseless conspiracy theories connecting global political conspiracies to a prominent Jewish family as the kind of anti-Semitic content that thrives on the platform.

ADL and other leading civil rights organizations like Color of Change and the NAACP have long been calling for Facebook to do more to stop the spread of hate speech on its platform, overall. The organizations led a month-long boycott of Facebook in July, gaining the support of over 1,000 advertisers and increasing pressure on the company to expand its efforts against hate speech.

At the same time that Facebook moves to expand its hate speech policies, the platform still rife with misinformation and sometimes racist content. Recent reports from NBC News and the Guardian show that Facebook groups promoting the QAnon conspiracy, a far-right conspiracy theory about an alleged “deep state” in the US government plotting against Donald Trump, has millions of members and are growing at a rapid pace. QAnon has been found to have anti-Semitic elements, and some of its supporters have committed real-world physical violence in an attempt to uncover the alleged secret plot.

Facebook has long espoused an ethos of trying to moderate speech as little as possible. CEO Mark Zuckerberg has repeatedly said he doesn’t want to be an “arbiter of truth” on political issues. In 2018, Zuckerberg told Recode co-founder Kara Swisher that people should be allowed to deny the Holocaust on Facebook, even though, as someone who is Jewish, he finds those ideas “deeply offensive.”

But the line between what’s a political opinion, or a perpetuation of a racist conspiracy theory, can be a blurry one. It will be up to Facebook to decide how it’s going to enforce the stricter rules that it’s starting to roll out.

Why pandemics activate xenophobia
Alexei Navalny is going to prison. Can his movement to depose Vladimir Putin survive?
I voted in South Korea’s elections. This is what democracy should look like in a pandemic.
Lebanon was already in crisis. Then came the Beirut explosion.
Vox Sentences: DACA on the docket
National Guard troops are deploying to help with coronavirus. Here’s what they’re doing.