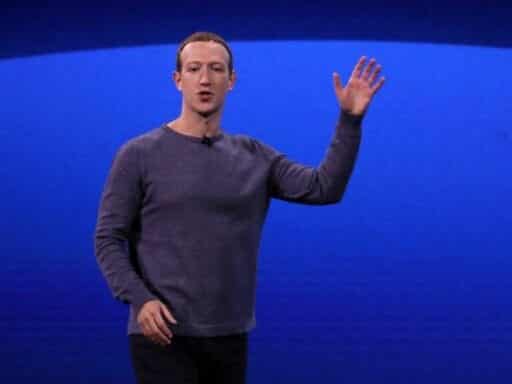 Glassdoor reviews showed the social media CEO drop from No. 16 to No. 55 in a ranking of top US CEOs.

Facebook employees have long been known for their fierce loyalty to the company and its founder Mark Zuckerberg. In the aftermath of numerous privacy debacles, including ones in which Facebook has exposed users’ personal information and facilitated attempts to undermine American democracy, that enthusiasm seems to have flagged.

The Facebook CEO saw his ranking among top US CEOs plummet this year, from No. 16 in 2018 to No. 55 this year, though he does have an approval rating of 94 percent, according to new data from Glassdoor, a site where employees can anonymously rate their jobs and their CEOs. His approval rating was 96 percent last year.

The average CEO approval rating among the 900,000 employers reviewed on Glassdoor is 69 percent — so Zuckerberg’s 94 percent approval is well above average, even if it’s not as high as it used to be.

Back in 2013, when Glassdoor first started ranking CEOs, Mark Zuckerberg was ranked as the No. 1 CEO in the US, with a 99 percent approval rating, and the company overall was considered the best place to work. This year it dropped to the seventh-best place to work, from No. 1 in 2018.

Last year, even after Facebook had undergone a brutal 18 months of scandals and reshuffling, Recode’s Kurt Wagner wrote that “no one in Facebook’s upper ranks ever seems to leave the company.” That changed this year when two of the company’s most important executives — both named Chris — left. The company has also seen defections from leaders of the companies it has acquired, including the founders of WhatsApp and Instagram.

Employees at tech companies including Google, Uber, and Amazon have become increasingly vocal in their criticism of their employers. Facebook largely has avoided such blowback, but increased employee dissatisfaction could portend protests among Facebook workers as well.

Why Zuckerberg — and Facebook — are only now losing favor with some employees is unclear, though recent comments on Glassdoor about the company’s leadership provide some clues:

“Due to the recent scandals, the company has become cautious to an extreme and every privacy decision is taken with painstakingly slow speed because it’s been vetted by layers and layers of people. It’s also a very fast paced and competitive place, so some people find it hard to keep up.” —Product Manager

“Very competitive environment. No[t] possible to succeed if you don’t work 60+ hours. Focus on short term impact due to performance cycle every 6 months. No clarity on expectations of roles. Mix signals from leadership about culture.” —Data Scientist

General public sentiment toward Facebook has become more negative in the last few years as the company has struggled with a number of issues on its platform, including Russian interference in the 2016 presidential election and several privacy mishaps related to storing passwords on unencrypted servers and buggy software.

As a result, Zuckerberg and his company have been under fire from the media and politicians alike. The Federal Trade Commission is also reportedly preparing for a potential antitrust investigation of Facebook.

Other notable takeaways from the Glassdoor report: The CEO of enterprise software company VMware, Pat Gelsinger, has been buoyed by positive employee reviews and now ranks No. 1, a huge jump up from No. 78 last year. Salesforce CEOs Marc Benioff and Keith Block made the top 100 for the first time, ranking No. 17. Microsoft’s Satya Nadella jumped up from 20 to No. 6. The rank of Google CEO Sundar Pichai remained steady, dropping one to 46. Apple’s Tim Cook rose from 96 to 69.

Glassdoor’s large company CEO ratings were tabulated using reviews written by current and former employees between May 2, 2018, and May 1, 2019. Glassdoor uses a proprietary algorithm that considers quantity, quality, and consistency of reviews to calculate the exact approval rating. Only companies with at least 100 reviews each from both rank-and-file employees as well as senior management are considered in these rankings.