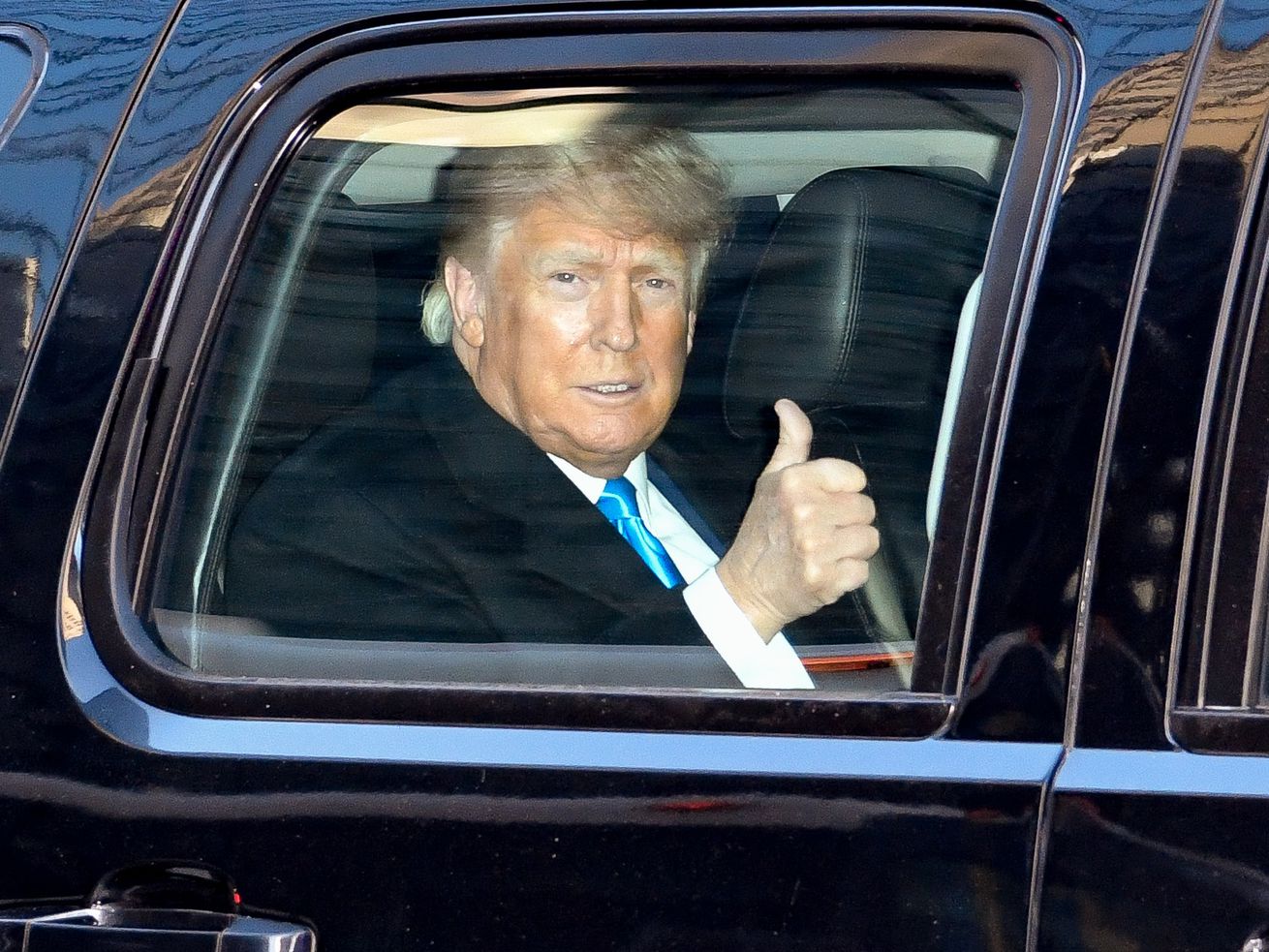 Donald Trump’s Facebook ban will last at least two years, the company announced on Friday. Facebook said that the former president’s actions on January 6, which contributed to a violent mob storming Capitol Hill and staging an insurrection that led to five deaths, “constituted a severe violation of our rules,” and that it was enacting this policy change as part of a new approach to public figures during civil unrest.

Facebook added that the two-year sanction constitutes a time period “long enough” to be a significant deterrent to Trump and other world leaders who might make similar posts, as well as enough time to allow for a “safe period of time after the acts of incitement.” However, Facebook still has not made a final decision about the future of Trump’s account. The company said that after two years, it will again evaluate whether there’s still a risk to public safety and potential civil unrest.

“We know that any penalty we apply — or choose not to apply — will be controversial. There are many people who believe it was not appropriate for a private company like Facebook to suspend an outgoing President from its platform, and many others who believe Mr. Trump should have immediately been banned for life,” Nick Clegg, the company’s vice president of global affairs, said in a blog post, later adding: “The Oversight Board is not a replacement for regulation, and we continue to call for thoughtful regulation in this space.”

The announcement comes after Facebook’s oversight board, a group of policy experts and journalists the company has appointed to handle difficult content moderation questions, decided to uphold the platform’s freeze on the former president’s account. In May, the board ruled that Facebook should not have banned Trump indefinitely and would have to make a final decision within six months. The board also said that Facebook would have to clarify its rules about world leaders and the risk of violence, among other recommendations.

“The Oversight Board is reviewing Facebook’s response to the Board’s decision in the case involving former US President Donald Trump and will offer further comment once this review is complete,” the board’s press team said in response to Facebook’s Friday announcement.

Facebook now says it will fully implement 15 of the oversight board’s 19 recommendations. It also responded to the board’s demand that it provide more detail on its newsworthiness exception, a policy that Facebook has used — though rarely — to give politicians a free pass to post content that violates its rules. Now, Facebook says it will label posts that receive those exceptions, and will treat politicians’ posts more like those from regular users.

This set of decisions from Facebook has major implications not just for Trump’s account but also for national politics in the United States in the foreseeable future. At the same time, they signal that the company has remained steadfast in maintaining its power to decide what politicians can ultimately post to the platform. Facebook is providing more details about the rules it could use to punish politicians who violate its community guidelines, potentially increasing transparency. Still, it’s Facebook that has the final say over enforcement, including what’s considered newsworthy and remains on the platform versus what violates its community guidelines and gets removed.

Food delivery and takeout are on the rise. So are the mountains of trash they create.
Netflix’s Conversations with a Killer willfully participates in Ted Bundy’s 3-ring circus
Contact tracing, explained
Watch NASA launch the Parker Solar Probe toward the sun
America’s teens are extremely stressed out about school shootings
Why Chauvin’s conviction matters