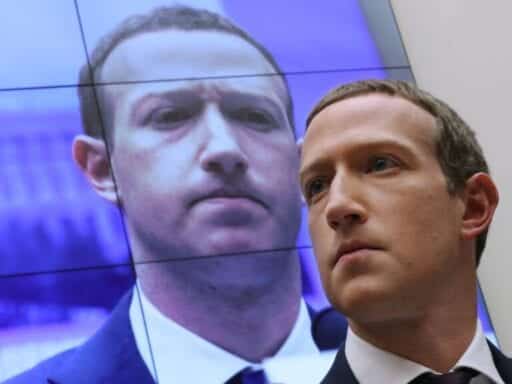 Facebook’s news project will pay some publishers millions of dollars for content. It’s a major shift.

News Corp CEO Robert Thomson has spent the last few years attacking Mark Zuckerberg for using news publishers’ work without paying for it. On Friday, Thomson will be praising the Facebook CEO, as the two men share a stage in New York City.

The occasion is the launch of Facebook’s news section, which will give users a way to scan headlines and read some news stories — and which will give some publishers, like News Corp, millions of dollars a year for making their journalism available to Facebook.

Thomson and his boss, News Corp founder Rupert Murdoch, have been insisting that Facebook and other tech platforms should pay them for access to their work. Now Zuckerberg is giving them what they want.

It’s a remarkable turnaround for Zuckerberg, who as recently as May 2018 said he had no interest in paying publishers for the right to show their stories.

“We should all be sending Robert Thomson and Rupert Murdoch thank you notes,” says an executive at another publisher that’s participating in the new initiative. Facebook’s news program comes months after Apple launched a subscription news service, which shares revenue with publishers; results so far have been disappointing for both Apple and news publishers, according to industry sources.

Facebook will roll out its news section Friday as an “alpha” launch, available to a couple hundred thousand US users; it won’t get a wider release for a few months. Facebook users who do get it will see a new icon at the bottom of their mobile app, alongside other initiatives like its Marketplace classified sales section, and its Facebook Watch video section.

Users who click on the icon will see headlines for a handful of top stories, selected by Facebook editors, from partners like the Wall Street Journal (which is owned by News Corp), Business Insider, and BuzzFeed — and a personalized selection of headlines selected by Facebook’s algorithmic software. Clicking on those headlines will send users to the publishers’ own sites, where Facebook users can read the entire story for free, even if the site has a subscriber paywall.

The program isn’t supposed to diminish the presence of news in Facebook’s main newsfeed, sources say. If your uncle shares a story about Donald Trump, you will probably still see it.

Zuckerberg first floated the idea for the news section dedicated to “high-quality journalism,” and paying publishers for access to their stories, in April. In recent months, Facebook has been signing up publishers for the program — but it remains a work in progress.

Sources say Facebook doesn’t have finalized deals with the Washington Post and the New York Times, for instance, but that it expects to have them by the time the program rolls out widely.

Facebook will pay some of its news partners as much as $3 million a year for three-year deals, but doesn’t intend to pay all of the publishers in the program. Publishers who don’t get paid will have to be content having Facebook send them traffic, and potential subscribers. (I’ve asked executives at Vox Media, which owns this site, whether the company is participating in Facebook’s program, and haven’t received a reply. But I don’t believe my employer is taking part.)

Facebook has tried various initiatives with news publishers in the past. In 2015, Facebook tried to get publishers to let the company host their articles on its own site, in what was supposed to be a trade for advertising revenue. That program still exists, but there’s no real enthusiasm for it. Since then, Facebook has also paid publishers directly for creating new products for the social network, like programming for its live video push, and on-demand news shows for Facebook Watch.

But none of those programs have worked particularly well for publishers, and Facebook has frequently changed its mind about how it wants to work with people who produce news for a living. Its biggest pivot came in 2018, when it announced it should show its users more items shared by friends and family, and less from professional publishers; publishers saw Facebook referral traffic drop dramatically after that.

By contrast, the program Zuckerberg is announcing Friday appears rather straightforward: Facebook will pay publishers for work they already make and then share to the platform, which means it is pure profit. And while sites with subscription-based business models will have to let Facebook users see individual articles without paying, they’ll be able to keep their paywalls mostly intact: If you click on a Wall Street Journal article via Facebook’s news section, you’ll be able to read that one story, but if you click on a subsequent WSJ piece, you’ll be asked to pay up.

Which is what Thomson and Murdoch have been asking for, in a series of public announcements and speeches, for some time. “If Facebook wants to recognize ‘trusted’ publishers then it should pay those publishers a carriage fee similar to the model adopted by cable companies,” Murdoch said in January 2018 press release. “It is certainly appropriate for Facebook to pay premium publishers and premium journalists for the reputational and experiential services they provide,” Thomson said at an Italian media conference a few months later.

The pressure seems to have done the trick. Now, Thomson is praising Facebook and its founder. “Facebook deserves credit for recognizing the principle of journalistic provenance,” he said in a WSJ story this month announcing that his paper had linked up with Facebook. “Mark Zuckerberg seems personally and professionally committed to ensuring that high quality journalism has a viable, valued future.”

Facebook sources acknowledge that Friday’s press event is a symbolic win for News Corp, but they bristle at the idea that they’re launching the news program at Murdoch and Thomson’s behest. “We just happen to have a need that we can satisfy in a way that makes sense for us,” says one executive familiar with the program.

What’s unclear is what convinced Zuckerberg, who said Murdoch’s proposal was a non-starter at a May 2018 news conference:

“I’m not sure that makes sense,” Zuckerberg said when asked about the proposal, floated by Murdoch and others over the last year, during a wide-ranging interview today.

“People come to Facebook primarily not to consume news but to communicate with people,” Zuckerberg said. “The way we can help out the most with that is by helping out with a business model that is profitable and sustainable for news organizations.”

But Zuckerberg surprised some people in the company by publicly backing the proposal in April, via an interview with Mathias Döpfner, the CEO of German publisher Axel Springer. Since then, Zuckerberg has personally lobbied executives like New York Times CEO Mark Thompson to join up, sources say.

Zuckerberg may well see the program as a reasonable way to compensate publishers for work he thinks is important, even as his company competes against publishers — and almost always wins — in a battle for digital advertising dollars.

But it’s also not a terrible time for the Facebook founder to shore up relationships with the press. Zuckerberg’s New York appearance will come two days after a long visit to Capitol Hill, where 60 members of Congress spent hours taking a whack at him. Republicans and Democrats now use him and his company as stand-ins as short-hand for tech billionaires who need to be reined in, and regulators are lining up to do just that.

Facebook is expected to generate $19 billion in profits this year. Call me biased, but spending a small fraction of that to please publishers seems like a decent investment.

The conservative response to Ocasio-Cortez’s tax proposal has been embarrassingly deceptive
What the Ring hacks tell us about tech’s backward approach to security
Nike has made billions selling rebellion to young people
5 months after being poisoned, top Putin critic Alexei Navalny detained upon Moscow return
The story behind this iconic Olympics protest
German leader Angela Merkel was just dealt a major political blow