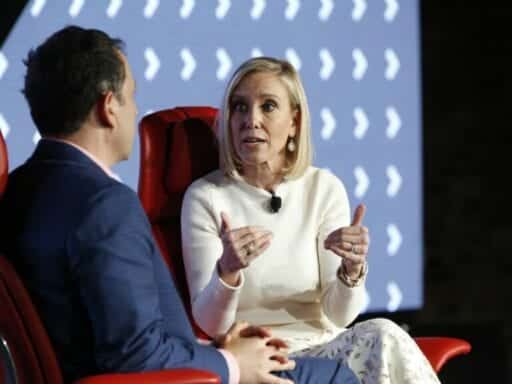 Levine spoke with Recode’s Peter Kafka at the 2019 Code Commerce Conference in New York on Tuesday about a wide range of topics related to the social media giant. One major item hanging over the conversation: the Federal Trade Commission’s recent blockbuster settlement with Facebook over alleged privacy violations related to the Cambridge Analytica scandal.

The FTC hit Facebook with a $5 billion fine. The settlement also established that Facebook’s board of directors must create an independent privacy committee and requires Facebook to let this independent committee designate compliance officers responsible for overseeing its privacy efforts. It requires Facebook CEO Mark Zuckerberg and other corporate officers to personally certify that the company is protecting consumer privacy.

“This was a historic settlement by an order of magnitude, by several orders of magnitude,” Levine told Kafka.

She said the settlement creates a “whole new level of accountability” for Facebook’s executives and will “really change the overall way that we operate.”

Kafka pushed Levine on whether she believes the FTC settlement will slow Facebook down when it comes to launching new products or developing new partnerships. She wouldn’t go as far as to say that it would, but she acknowledged that it forces the company to “really document how we’re thinking about privacy, what privacy concerns there may be, and what mitigation plans we may have with respect to privacy.”

To be sure, whether the FTC settlement will actually improve Facebook, which has been stuck in a cycle of headline-grabbing mistakes and public apologies, remains to be seen. As Kafka noted when the deal was announced, it doesn’t require Facebook to change the way it does business — it just adds on a lot of layers of bureaucracy. And $5 billion isn’t that much money for a company as big and profitable as Facebook is.

But Facebook is trying to spin it as a positive. “It will help us earn trust,” Levine said.

Levine has a long history at Facebook — she first joined the company in 2010 as its first vice president of global policy, and she subsequently served as chief operating officer of Instagram, which Facebook owns, from 2014 to 2018. But she also has a long history in politics. She served as chief of staff to the National Economic Council and special assistant to the president for economic policy under former President Barack Obama’s administration. And she began her career in the Treasury Department under former President Bill Clinton’s administration.

Zuckerberg earlier this year called on policymakers to take charge and write new rules for the internet. Levine on Tuesday echoed that sentiment. She said that the calls policymakers have been making for new guidelines around privacy, election security, harmful content, and other issues “aren’t necessarily responsive to the problems themselves” and said she hopes lawmakers will make some progress over the next year.

“What would be very helpful is for policymakers to pass comprehensive legislation … which would create a new framework — a holistic framework — for the modern internet,” she said.

Limousine crash in New York: 20 killed in deadliest transportation accident in 9 years
What are the rules of social distancing? We asked an expert.
Former model Amy Dorris says President Donald Trump sexually assaulted her
How an Iowa summer resort region became a Covid-19 hot spot
A pro-Trump conference showed a fake video of a Trump shooting the media and his opponents
Why does Anna Delvey, the fake German heiress, look so fashionable in court?