Family structure matters, but can we do anything about it? 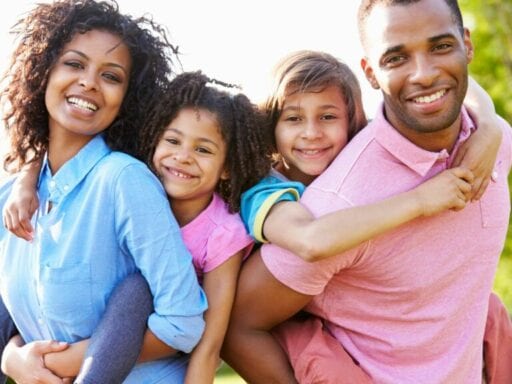 Murphy Brown is coming back on the air, and in the time since Dan Quayle lit into her, the evidence has become fairly overwhelming that kids raised in stable two-parent households do better than those raised by solo parents. Even more strikingly, a series of research projects led by Raj Chetty and his collaborators culminating in the Opportunity Atlas shows that this happens on a community level.

This impact is a lot stronger for boys than for girls, which makes me think it’s probably the same role model effect that the same team found for inventors: Girls are more likely to grow up to be successful innovators if they live in a city that has a disproportionately large number of women innovators. Except instead of girls benefitting from having adult women innovators ambiently present in their lived experience, boys benefit from having responsible, married dads ambiently around in their lived experience.

It’s an interesting finding. David Leonhardt chides liberals for being reluctant to talk about it. I’m not totally averse to talking about it (after all, I am talking about it now) but I’m not really sure there’s a lot to be said about it.

What’re you going to do?

To me, the problem with the family structure conversation is it doesn’t seem to have a clear upshot.

Research tells us that lead in soil and old paint hurts kids’ chances for upward mobility in life, and so the solution is to invest in lead abatement. Research tells us that kids do better when their parents get earned income tax credit money (EITC) and so the upshot is we should invest more in EITC. High-quality preschool and highly effective K-12 teachers help kids, so we should try to do more of that.

One can go blah, blah, blah down the line and come up with a policy agenda that would do a lot to help America’s kids by bolstering their families’ incomes, improving the healthfulness of their ambient environment, and putting in the work to surround them with effective educational institutions.

None of this is easy exactly, but some of it is at least logistically easy. (The hard part is politics.) And even the stuff that’s logistically hard, like building high-quality preschools, is at least clearly possible.

On family structure … I dunno.

When I hear conservatives talk about the importance of family structure, what I mostly hear them doing isn’t articulating a policy agenda, but articulating opposition to a policy agenda. “No, let’s not bother with that lead abatement program or EITC expansion, the real problem is absent fathers.”

On Twitter, Megan McArdle suggested to me that the fix for the family structure problem is for Hollywood to become moralistic and scoldy about unmarried parents and to valorize bourgeois conventionality. Maybe that would work, maybe it wouldn’t, but either way it’s not a policy agenda.

It’s a kind of anti-agenda — very typical of contemporary American conservatism — that wants to fill the political arena not with policy ideas but with vague cultural grievances.

To me that doesn’t work. The problems of poverty and economic growth are important enough that we should focus energy and attention on ideas that we have a strong reason to believe will work. When someone comes to me with a policy idea that stands a shot at meaningfully altering family structure, I’ll be happy to talk about it. But until then, I don’t think abstract talk does much good.

As a last word, though, I did see some liberals Thursday afternoon doing the “correlation isn’t causation” routine on this finding of the study. We really do have a lot of studies on this subject, though, and they very much suggest a causal effect.

What’s more, the causal mechanism is one liberals embrace in most contexts: representation matters. That’s why dads’ presence matters more for boys than it does for girls, and that’s why it matters on a community level and not just an individual one.

Now that FX’s Baskets has ended, it’s time for you to finally watch Baskets
Martin Scorsese has spent his entire career searching for God
The brilliance of Alexandria Ocasio-Cortez’s bold campaign design
Christianity Today made a moral case that Trump needs to go. He responded by proving its point.
Megachurch pastor resigns to protest his church’s handling of sexual misconduct allegations
Trump called on Congress to pass a drug prices bill. Democrats reminded him they already did.