Fareed Zakaria on how Biden and Trump see the world 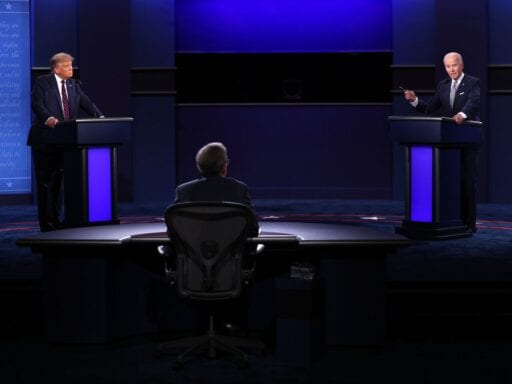 Fareed Zakaria is the host of CNN’s Fareed Zakaria GPS, a columnist for the Washington Post, and one of the most astute foreign policy thinkers of our time. So much of this conversation on The Ezra Klein Show is focused on just that — how Joe Biden and Donald Trump see the world and how they want to shape it. In particular, how does Biden’s foreign policy differ from Obama’s, and how has it changed over the years? Does Trump have a coherent foreign policy at all? And why is “What is an acceptable level of influence for China to have?” the most important US foreign policy question?

But I also wanted to talk to Zakaria about some broader trends, ones he’s been tracking for some time. His book The Future of Freedom, originally published in 2003, anticipated the rise of illiberal democracies across the globe long before anyone paid it much attention. His 2008 book The Post-American World described the multipolar international order that, in many ways, we now inhabit. And just recently he authored Ten Lessons for a Post-Pandemic World, which forecasts how Covid-19 will change the trajectory of our world.

So in this conversation, we also discuss the state of journalism, the dangers of war between great power countries in the 21st century, why Zakaria believes China’s rise is far less of a threat than either Republicans or Democrats seem to believe, why a global spike of economic inequality in an already unequal world is perhaps the most important pandemic trend, whether Zakaria has lost faith in America, whether anything short of violent catastrophe can upend concentrations of wealth, how the world’s views of China and America are changing, and much more.

A lightly edited excerpt from our conversation follows. The full conversation can be heard on The Ezra Klein Show.

What do you think Joe Biden’s foreign policy is? How would you describe it?

I think Biden very much stands within the long tradition of American foreign policy. He believes deeply in the idea that America should be engaged with the world — that the American project of Franklin Roosevelt and Truman was a noble project that has made for a better world and that America benefits from enormously. I think he’s kind of a liberal international idealist in that sense.

I think the first acts of Biden’s foreign policy will be to reach out to the allies. There is a peculiarity to Trump’s worldview, which is that he has really turned his wrath mostly on America’s closest allies. The odd thing about Donald Trump is he sort of hates the world and hates foreigners, but he really hates those countries that have been allied to the United States for 70 years and whose soldiers have fought and died in American-led wars for 70 years: Germany, France, Britain, Canada. And the ones he likes are Putin’s Russia and Erdogan’s Turkey and, to a certain extent, Modi’s India. It’s a very peculiar ordering, and I think Biden would probably rightsize those relationships and move to embrace the Germanys, the Chinas, the Japans, the South Koreas of the world.

At some level, Biden will be an effort at restoration. I am myself critical of that because I think that you can’t just go back to some imagined stability. The world has changed. We really have entered a very different age — a bipolar world. And so we need more creative thinking, and to ask ourselves the question: What does it look like to be in a world where others want power and influence? Is there a way to create a more stable, more multilateral world? Because the old world where America just dominated and set the agenda and paid the better price— that’s not going to happen. The American people are not willing to do it, and the rest of the world is now not willing to do it.

So that’s the place where I don’t know the degree to which Biden would be willing to creatively rethink it, because he is himself a creature of that older order and that older world, which had as its center a United States that was head and shoulders above everybody else — and also an American public that was willing to essentially subcontract foreign policy to a small group of elites in Washington and to pay these enormous prices. None of that is true anymore.

When I think back on Biden’s foreign policy, he’s certainly been a member of the liberal or center-left mainstream: a reasonably ambitious liberal interventionist. His memoirs talk about his pride in pushing Clinton towards intervening in the massacres in Bosnia. His legacy on Iraq is a little bit more complicated, but nevertheless, he ended up voting for the resolution and then had this very weird idea for partitioning Iraq, which was an extraordinarily ambitious in its idea of what America could do.

But then, when I look at his role in internal Obama administration debates, he was a person arguing against a further commitment in Afghanistan. He was potentially the person arguing against doing the more dangerous raid on Osama bin Laden, where you actually went in with individual troops as opposed to simply flattening the compound from the air. People talk a lot about how Biden has lost a step rhetorically, and I think that’s true. There’s no doubt that he’s aged. But there’s also a way in which he often seems to me to have softened a little bit in old age. He’s a little bit less ambitious for some of these things, a little bit less bullheaded. That may or may not prove true, but it’s my impression.

You know him better than I do, and you’ve covered him longer. So I’m curious what your impression is on how or whether he’s changed.

I think you’ve read him very well; that’s entirely the way I would I would describe it. I think he tried to learn from the Iraq experience — he was against Libya, for example. I think that he is somebody who is still, however, very committed to America’s engagement with the world. And I like that about him.

In a way, this is a good election because you really have, in terms of personalities and values, two very different people. Biden is a warm, open-hearted, broad-minded, idealistic guy who has tried to trust his political adversaries, tried to believe in America’s role in the world. And when he’s made mistakes, they have been mistakes made in that effort to go along, to cut a deal with people on the other side of the aisle, to find ways to make a compromise, to open himself up to the world. I tend to think that that’s in many ways the best of America’s political tradition.

To what extent does some of these modulations that you point out signal that he sees the new world and knows how to adjust to it? I don’t know the answer to that, but I do know he has a good eye for talent. The people he surrounds himself with, even in his Senate days, were very bright. And that itself is a good sign.

How do you think he differs from Obama in his foreign policy instincts?

I think Obama was more creative and supple in terms of the way he saw the world. He saw this emerging world that we’ve talked about, and he knew that America had to adjust to it. I think Obama’s problems were never the intellectual understanding of the world.

He had a somewhat Hamlet-like ability to analyze the problem exquisitely. But that left you without clarity as to exactly how you were acting, where you wanted to go. He was, in some ways, a good example of what can happen to an intellectual in politics, where you can have too sophisticated an understanding of what’s happening.

I remember once talking to Jim Baker [who served as secretary of state and chief of staff under President George H.W. Bush] about this. On the front page of the New York Times was that Obama had offered the Senate Republicans some concession or the other. And Baker said, “You know what? I can never understand this guy. He’s so smart. So he sees where the point of compromise should be. And he says, ‘Can we just dispense with this whole silly negotiation? Why don’t I tell you where I think is a reasonable middle point? And would you agree with me?’ And he says he doesn’t get human nature. The Republicans want to claw that compromise out of him. They want to get there with, you know, with blood and tears. And he just looks at it from on high, analyzes it, and says, ‘You know, I’m smart enough to figure out this is where we should all end up.’”

I’ve always felt that was a very interesting and wise way of looking at the difference between this kind of hard-boiled political world and Obama as an intellectual.

Something that is distinctive about Biden compared to Obama and Trump is how much he sees the world through relationships. He’s somebody who talks about grand foreign policy ideas but when you really listen to him, he will always say he knows the first name of every world leader and they know his, and they’ve talked, and he’s known them for 20 years and sent their kids a gift and so on.

In the 1930s, most of the people who met Hitler misread him. Most of the people who didn’t meet Hitler — who were simply watching what Germany was doing under Hitler — ended up having a much tougher stance against him, Chamberlain most famously. There were many Western-spaded statesmen who talked to Hitler and either thought he was not particularly impressive or thought he was reasonable. There’s a great danger of that.

My worry, by the way, with Biden is that he thinks he knows Xi Jinping very well. And my experience of dealing with Chinese leaders — although I obviously don’t have anything near his experiences — is it’s all an act. This is a closed political system. People act very carefully. These things are all very choreographed. The idea that you actually know these people and have personal relationships with them is a very dangerous one — because you don’t. And I think it’s much more important to look at what they do than what they say.

How Mike Pence enabled Donald Trump’s botched Covid-19 response
A new study found marijuana legalization leads to more problematic use
Democrats’ $3 trillion opening bid for the next stimulus package, explained
Bernie Sanders looks electable in surveys — but it could be a mirage
The biggest lie in Trump’s State of the Union speech
The Supreme Court appears likely to hand Trump an important victory in a showdown over the CFPB