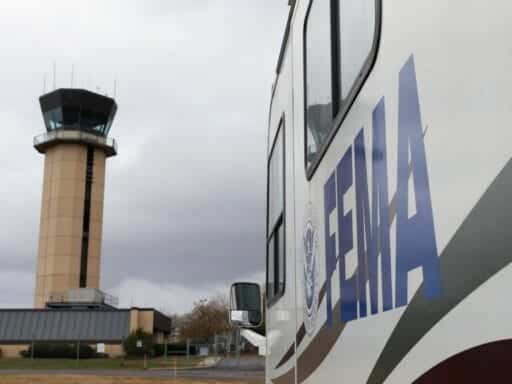 Corey Coleman is also accused of having sexual relations with female employees, allegations that date to 2015.

The former top human resources official at FEMA is facing disturbing sexual misconduct allegations, ones that encompass both his personal relationships and his hiring and management decisions.

An internal, seven-month investigation found that Corey Coleman, the former chief component human capital officer, transferred female FEMA employees to different departments or regional offices within the agency so that his male colleagues could attempt to have sexual relationships with them, reports the Washington Post’s Lisa Rein, who obtained an executive summary of the preliminary investigation.

The report also found that Coleman hired his male friends for positions; that he hired and promoted women he met at bars and on dates to work in FEMA outside normal hiring protocols; and that he had sexual relationships with at least two subordinates, one in 2015, and another in 2017-’18. One woman said he created a position for her at the agency for which she was unqualified. Another said when she tried to end her relationship with Coleman, he attempted to retaliate, according to the Post:

Both women accompanied him on work trips, but one had no official duties on the trips. When the first woman ended the relationship, Coleman pressured her for dates — then denied her a promotion and tried to fire her, she told FEMA investigators. She said she kept her job by telling him she might be willing to go on dates with him again, according to the preliminary report.

Coleman joined FEMA in June 2011, and in his most recent role, oversaw the agency’s entire staff and all of its 10 regional offices, according to the Post. He resigned last month, on June 18, before investigators could interview him about the sexual harassment and misconduct violations. The allegations in the report against Coleman date back to at least 2015.

“What we uncovered was a systemic problem going back years,” FEMA Administrator William “Brock” Long told the Washington Post, adding that the allegations against Coleman may include possible criminality.

Long also said Monday, in a statement, that he was instituting measures to address “lapses in professional responsibility,” including referring the case to the Department of Homeland Security’s inspector general and mandating additional training and a review of the agency’s handling of misconduct allegations.

“These allegations are deeply disturbing, and harassment of any kind will not be tolerated at FEMA,” Long said in the statement.

With “Lover,” Taylor Swift shows she can still write a perfect love song
Arizona’s primaries could provide a hint as to whether Democrats can take the Senate
The big business of BTS, the K-pop band that’s changed music
A DHS agency said America’s elections were secure. So Trump fired its leader.
Live results for the Delaware state primary
How trends — from oat milk to ugly sneakers — get so huge so fast