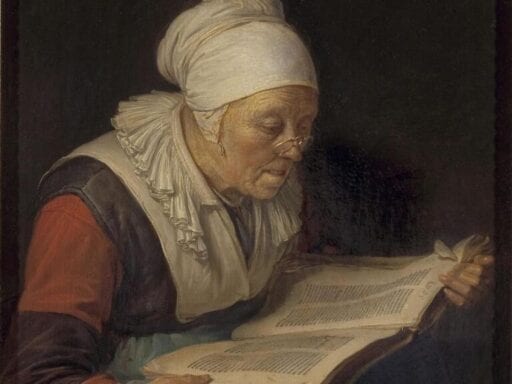 In Ask a Book Critic, Vox recommends books for your very specific moods.

Welcome to the latest installment of Vox’s Ask a Book Critic, in which, I, Vox book critic Constance Grady, provide book recommendations to suit your very specific mood: either how you’re feeling right now, or how you’d like to be feeling instead.

Books are a good thing to think about right now. Of course I am biased because it is my job to think about books, but every time I turn my eyes away from one of my screens and the endless, frictionless scroll of despair, and pick up a physical book instead, I feel better. It’s as though I’m looking through a window into a different world, and it reminds me that together, we can build a reality that is better and stronger than the one in which we find ourselves trapped right now.

Personally, I’ve been reading Emma this week. It feels very comforting to wrap myself up in the concerns of the book’s tiny, claustrophobic little village, in which the central points of concern are who bought whom a pianoforte and whether it might be quite the thing to hold a ball in an inn rather than in a private home. Also Jane Austen’s sentences are so precisely and carefully polished that there is an extra joy to reading them right now: They are at least one thing that is under perfect control in this world of chaos.

But that is my mood! You are quite possibly in an entirely different mood. So let’s find you something to read, too.

The recommendation requests below, submitted to me via email and on Twitter, have been edited for length and clarity.

Mood: utterly spent but still wanting to feel at least a little bit smart. I’m looking for genre fiction that goes down easy without making me feel dumb.

A mood I know well! Your email says you like mysteries, so give the author Tana French a try if you haven’t already — her last book, The Witch Elm, stands totally alone and is super accessible and very absorbing: it’s about a guy who lives a charmed life until (a) he’s mugged and (b) he finds a dead body in the tree in his uncle’s backyard. Maybe also throw in a little Lyndsay Faye — I’m a fan of Jane Steele, which reimagines Jane Eyre as a serial killer. For fantasy, try Sunshine by Robin McKinley (vampires, baking, romance; the food in that one!) and Gideon the Ninth, which is about lesbian necromancers in space.

I’m a writing student, and I’m interested in learning more about second person. Recommend me something that best capitalizes on its second person POV?

Second person is so tricky! If you don’t have it under perfect control, it can come off as gimmicky, but when you use it well, you can make it deliver a gut punch that no other point of view can.

The two books I’ve seen do a nice job with second person recently are both memoirs: Jessica Chiccehitto Hindman’s Sounds Like Titanic, and Carmen Maria Machado’s In the Dream House. Both of them explore past traumas, and both of them place those traumas in the second person. In certain ways, this approach reads as an act of dissociation by the narrator, as though the narrative voice of the memoir has to distance itself from the trauma by assigning it to you rather than I.

Outside of memoir, the forthcoming Harrow the Ninth has a truly stunning use of second person that allows it to hide quite a number of nifty ideas in plain sight, so look for that one when it comes out in August. And while I have not read this myself, Ann Leckie’s The Raven Tower got lots of good buzz from people who know.

Give Nell Zink a try! She’s a beautiful weirdo who writes very erudite, very satirical, very twisty books. Private Novelist is her verbatim translation notes for a pastiche of an obscure Hebrew novel.

I’m looking for a book about a secret space. Not really second-life husband hiding from wife, but like a private escape place.

Oh, I love this question. YA lit tends to do secret spaces better than adult fiction, probably because kids are always running off to set up private forts and such, so I’d say maybe try My Side of the Mountain by Jean Craighead George, or The Egypt Game by Zilpha Keatley Snyder.

Current mood: You’ve spent 20 years working on your baroque overly complex literary detective novel and you had a falling out with your stepdad and you only like books that are really good or are fair or bad but are fascinating because they keep you turning the pages.

I think you need something nourishing and beautiful right now to feed your writing, and for that I would go classic and long. Now could be the time for Middlemarch, or Moby-Dick, or even some Dostoevsky.

I also think you could do with something that’s just super fun to read, because you are working hard and need a break, and you need something to remind you that books can be just purely pleasurable. You could try the glitzy con-artist noir Social Creature by my friend Tara Burton, or maybe a book like Thieves of Manhattan if you want to stay in the detective fiction realm. If you’re open to other genres, Jane, Unlimited, a YA novel about a young girl in a gothic house that becomes a multiverse, and Ninth House, about magical secret societies and ghosts at Yale, are very absorbing books that you can read like you’re a kid again.

If you’d like me to recommend something to you, email me at [email protected] with the subject line “Ask a Book Critic.” The more specific your mood, the better!

House panel votes to direct DOJ to hand over more documents in Russia probe, Clinton case
Read the full transcript of Trump’s North Korea summit press conference in Vietnam
Ant-Man and the Wasp’s true villain is not who it appears to be
Dave Chappelle’s SNL monologue was shrewd and political — but more chill than expected
The G7 is getting back together this weekend
At a UFC event, Trump receives second round of boos in a week