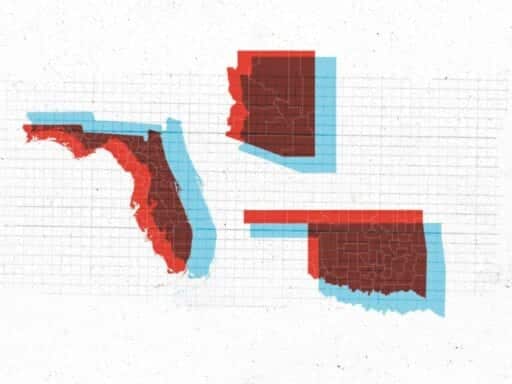 Voters will choose nominees for key Senate races in two of the most anticipated contests of the year.

Voters in Florida and Arizona head to the polls Tuesday in two of the most anticipated primary elections of 2018.

If Democrats have any hope of retaking the Senate in November, this seat is a must-win. The Democrat in the race, Rep. Kyrsten Sinema, is running unopposed, and April polling showed her leading in all three potential matchups.

The race to succeed Scott in the governor’s mansion is also one of the most important gubernatorial elections in the country. Republican Ron DeSantis and Democrat Gwen Graham are expected to prevail in Tuesday’s primaries and face off in November. The race will be a referendum on Trump, and right now election forecasters say it’s a toss-up.

Rounding out Tuesday’s primaries is Oklahoma, where Republicans Mick Cornett and Kevin Stitt face off in a runoff primary election for governor.

Melania Trump’s parents became citizens through a system Donald Trump hates
The Orionid meteor shower peaks this weekend. Here’s how to watch.
Trump is taking credit for the decades-old decline in cancer deaths
She was fatally strangled. The media is making it about her sex life.
An expert on why the Suleimani assassination was almost certainly illegal
The fantasy-industrial complex gave us the Capitol Hill insurrection