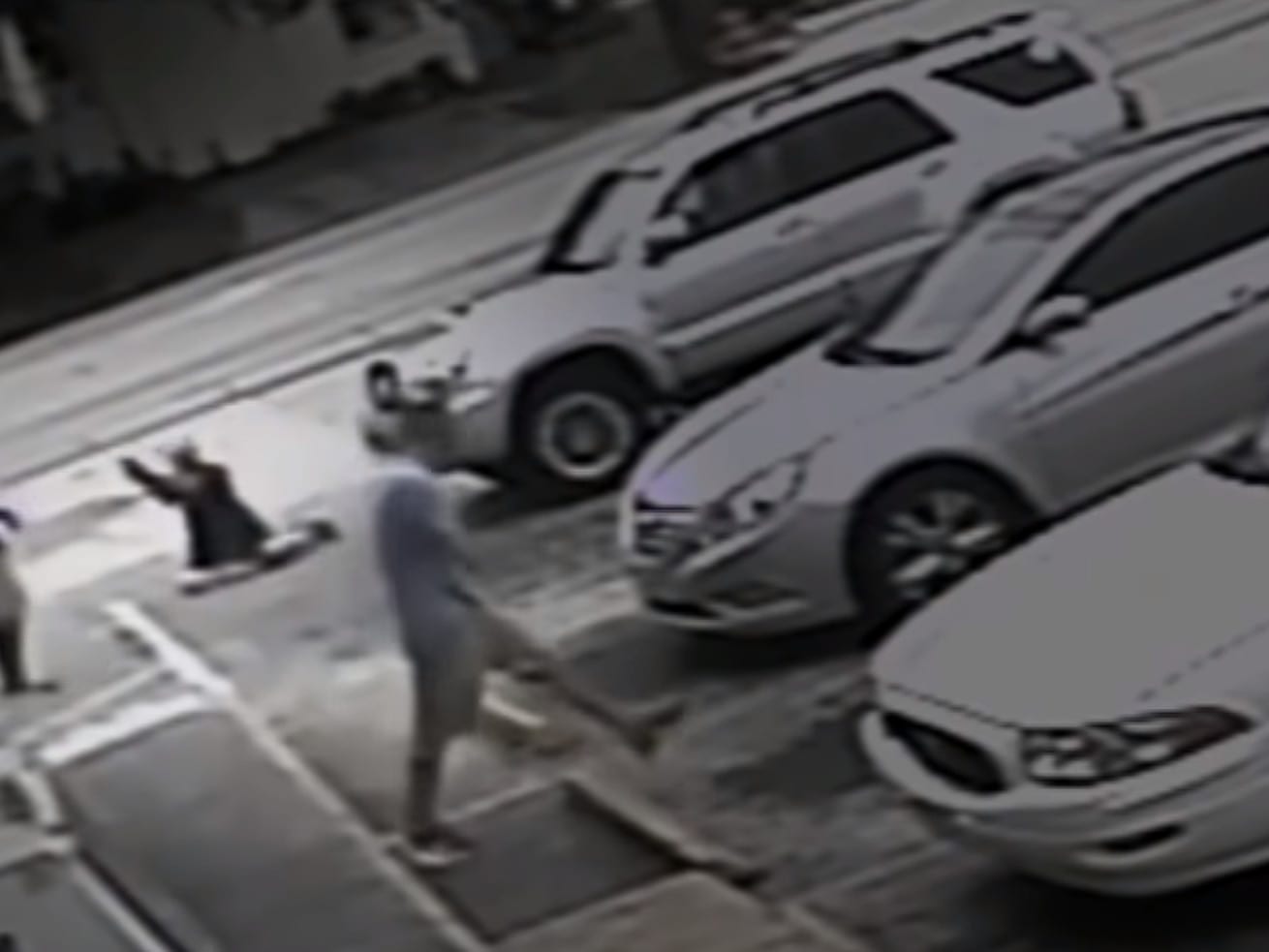 Michael Drejka, who killed Markeis McGlockton in a parking lot dispute, could face 30 years in prison.

A man in Florida was found guilty of manslaughter Friday for killing an unarmed man during a dispute over a parking spot, in a case that sought to make use of that state’s “stand your ground” law.

Michael Drejka, then 47, fatally shot Markeis McGlockton, 28, last summer during an altercation over a handicap parking place in Clearwater, Florida. During the trial, attorneys for Drejka argued that his actions were permitted under the state’s “stand your ground” law, which allows for the use of lethal force in situations where a person can be reasonably found to fear for their life.

A jury deliberated for six hours on Friday before finding Drejka guilty of manslaughter. He faces up to 30 years in prison.

The case drew renewed attention to the Sunshine State’s controversial self-defense law, which was famously used to justify the killing of teenager Trayvon Martin in 2012. Critics of the law say that its “credible fear” of deadly danger standard is subjective, and leads to race-based and other discriminatory excuses for lethal violence.

Drejka, who is white, had a concealed-carry permit for the gun that he used to kill McGlockton, who was black and unarmed.

On July 19, 2018, Drejka confronted McGlockton’s partner, Britany Jacobs, outside of a convenience store, where Jacobs was sitting in the couple’s car with two of their children. When McGlockton came out of the store with the couple’s 5-year-old son, the two men entered into an altercation during which McGlockton pushed Drejka to the ground. As McGlockton backed away, Drejka pulled out his gun and shot McGlockton one time in the chest. McGlockton was later pronounced dead at a hospital.

The altercation and shooting were captured on surveillance video that was played before the jury.

Florida’s “stand your ground” statute, in short, gives a person the right to use deadly force “if he or she reasonably believes that using or threatening to use such force is necessary to prevent imminent death or great bodily harm to himself or herself or another or to prevent the imminent commission of a forcible felony,” all without a “duty to retreat.”

The sheriff explained that while McGlockton’s back-off after the shove gave him “pause,” ultimately Drejka said he was worried that he would be struck again. At a press conference, Sheriff Gualtieri emphasized that this wasn’t a small push: “This wasn’t a shove, this wasn’t just a tap. He slammed him to the ground.”

But many, including advocates for “stand your ground” legislation and leadership within the NRA, which backed the law’s passage in 2005, said that law enforcement is still required to make arrests and pursue charges even in cases where lethal force may be found to be lawful.

“Nothing in either the 2005 law or the 2017 law prohibits a Sheriff from making an arrest in a case where a person claims self-defense if there is probable cause that the use of force was unlawful,” Marion Hammer, Tallahassee’s NRA lobbyist, told Politico.

“Nothing in the law says a person can sue the Sheriff for making an arrest when there is probable cause,” Hammer added.

McGlockton’s death reopened questions that surrounded the Trayvon Martin case and the “stand your ground” law more broadly. As Lopez wrote, the acquittal of George Zimmerman, the man who killed Martin, was, for some, “an example of the law giving deference to a white man in the shooting of a black boy.” Drejka shooting McGlockton again was a case of a white person killing a black person.

Both shootings led to anger, and one of the McGlockton family’s lawyers has argued that race — and racism — played a role in the father’s death.

Drejka’s lawyer has pushed back against this claim, arguing in court that his client’s trial is “not about race,” but as Vox’s Lopez has reported, studies show that white Americans generally are more likely to see black people as threats — and thus feel a stronger need to “stand their ground” in interactions with black Americans:

One series of studies, released last year, used various visual tests to see how people perceive the bodies of white and black men. The findings were consistent: When participants believed the man in the images was black, they generally saw the man as larger, more threatening, and potentially more harmful in an altercation than a white person. And they were more likely to say use of force was justified against the black men than against the white men.

Beyond questions of race, trials involving Florida’s “stand your ground” law have also begged the question: Who gets to claim that they feared for their life?

The language in the law surrounding credible fear refers to the moment of lethal violence — the instant the trigger is pulled, for example — and not the moments leading up to it. This means even if a person in a “stand your ground” encounter feared for their life before being killed, the law does not take that into consideration.

“Stand your ground” in the Drejka trial

While the “stand your ground” law was a factor in the Trayvon Martin case, Zimmerman was ultimately acquitted because of a standard self-defense protection. “Stand your ground” laws specifically refer to moments when a person cannot retreat from an attack; standard self-defense laws state that a person has a duty to retreat and call for police support if it is safe to do so.

Prosecuting attorneys in the McGlockton case argued that, indeed, Drejka faced no imminent harm, since McGlockton backed away after their initial altercation. Those prosecutors said Drejka could have safely retreated and called the police at that point, but that he chose to fire his weapon instead, invalidating any claim of self-defense or of “standing his ground.”

The jury ultimately agreed, and Drejka will be sentenced in October.

In This Time of Social Change, Can a Brand Also Be an Ally?
The state of the 2020 Democratic presidential race
Stop calling teenagers millennials
Ted Cruz is spearheading a new GOP effort to overturn the 2020 election
Trump isn’t allowed at NATO’s cool kids’ table in SNL’s cold open
The chaotic road to the 2019 Oscars ceremony, explained