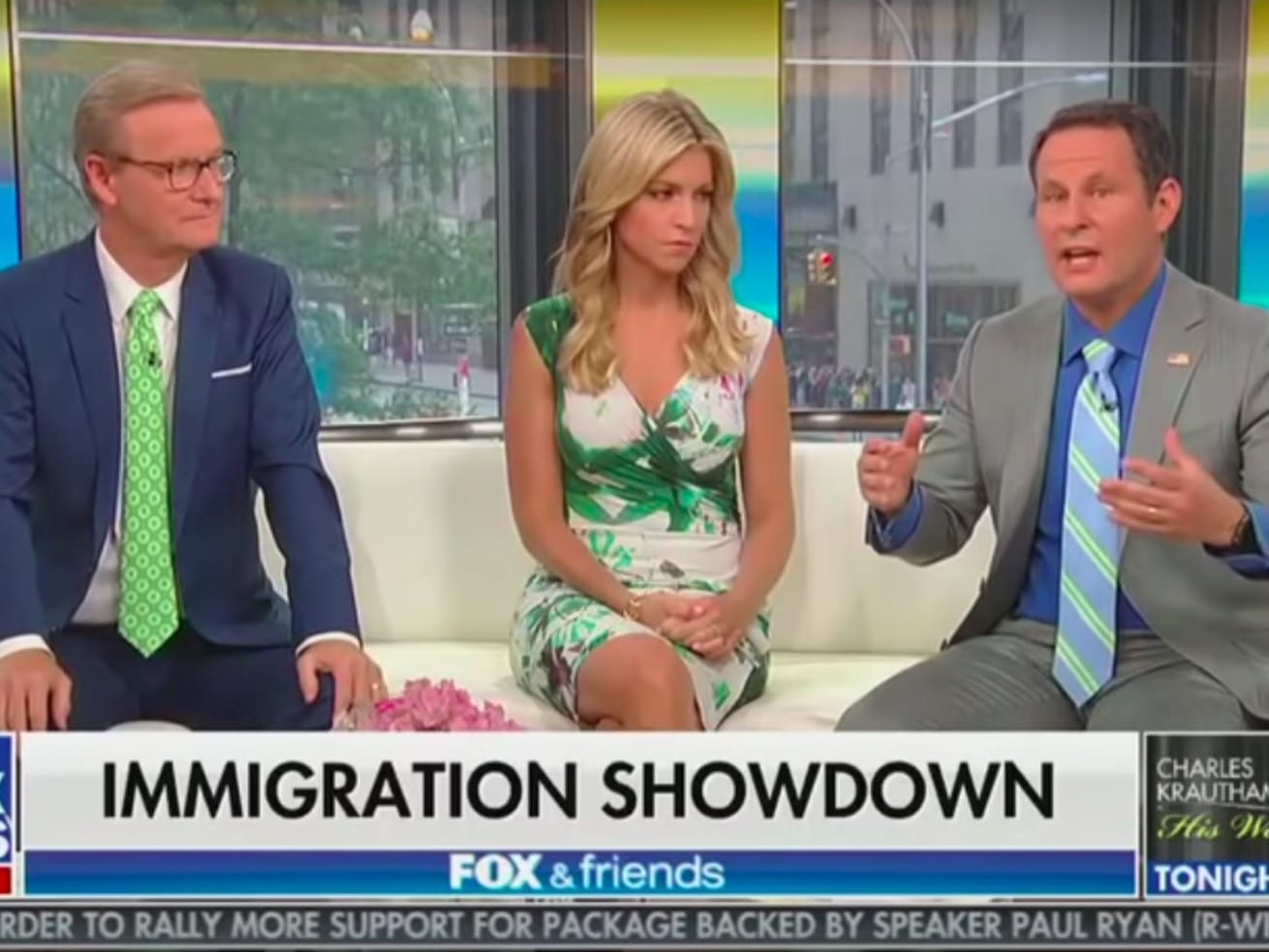 There’s a fundamental element of the US immigration debate — a moral element — that typically goes unspoken in the national conversation. Basically, it’s a debate over what the US government owes to non-Americans: Are they of deserving of equal rights as native-born Americans, or can they be treated differently, worse, really, based on where they were born?

It’s an awkward conversation, especially for anti-immigration advocates who don’t want to sound bigoted against certain types of immigrants. But every now and then, someone opens up about the fundamental issues at stake here — like Fox & Friends host Brian Kilmeade did on Friday morning’s episode, when discussing the family separation crisis:

Like it or not, these aren’t our kids. Show them compassion, but it’s not like he’s [Trump’s] doing this to the people of Idaho or Texas. These are people from another country, and now people are saying they’re more important than our people who are paying taxes.

Here’s the video, in case you think I’m taking it out of context:

When you say it out loud, it sounds chilling — certain kinds of kids deserve rights that others don’t, based entirely on an accident of birth. Tellingly, Kilmeade tried to walk back the comments during a podcast later on Friday, insisting that he didn’t mean what it sounds like he meant — at least, not exactly.

This isn’t much of a walkback — if anything, Kilmeade is stating the same moral position even more clearly. His argument is that Americans children should matter more to the president; you can have “compassion” for everyone, as he puts it in the podcast, but ultimately the US government is justified in treating migrant and native-born children in radically different ways.

This is the moral heart of the debate over immigration. Are certain kinds of people, by virtue of who they are and where they were born, more entitled to live in the United States than others? And if so, how far are you allowed to go — how badly can you treat human beings — to keep non-Americans out?

The logic behind Kilmeade’s answer to those questions, or something like it, is necessary to explain why the United States has the right to treat migrants the way the Trump administration does.

Alabama just passed a near-total ban on abortion
#QAnon, the scarily popular pro-Trump conspiracy theory, explained
Trump’s responses to the impeachment inquiry are becoming increasingly incoherent
Google employees protest the company’s “attempt to silence workers”
Live results for Tuesday’s Oklahoma primaries runoff
A family of 4 could get $18,000 this year under a cash bill by Senate Democrats