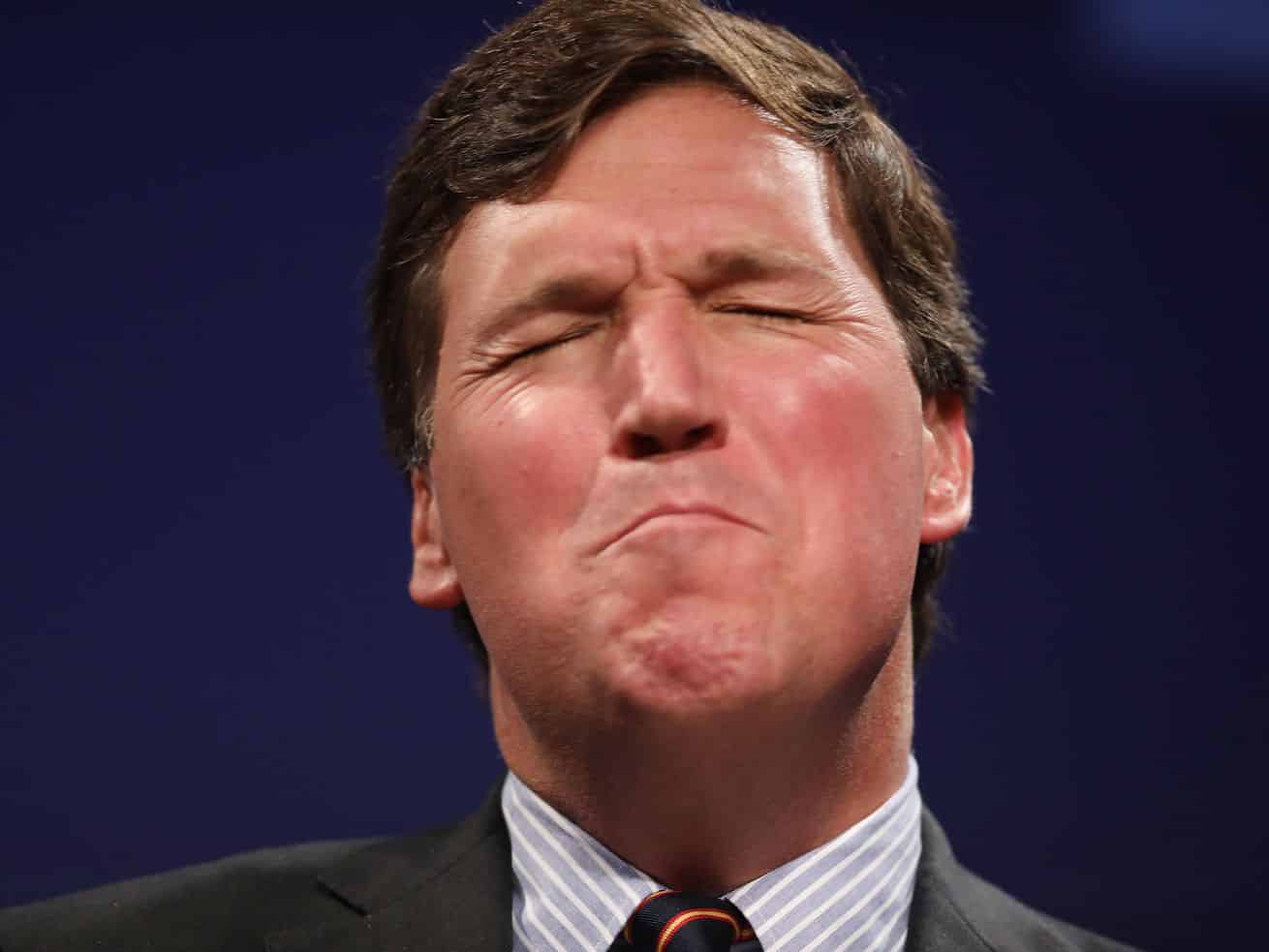 “It seems pretty clear that a reckless reliance on windmills is the cause of this disaster” in Texas, Tucker Carlson lied.

As nearly 3 million Texans languished without electricity Wednesday afternoon amid the ongoing fallout from Winter Storm Uri, Republicans and Fox News have teamed up to turn the disaster into a culture-war wedge issue.

As Vox’s Umair Irfan explained, the blackouts happened when the winter storm created a sudden spike in energy demand and hamstrung production of natural gas, coal, nuclear, and wind energy. The root problems (climate change aside) involve the state’s failure to winterize energy facilities and infrastructure in a region not accustomed to sustained freezing weather.

It’s a somewhat complicated story — unless you get your information from Fox News. Since Monday, various Fox News hosts, including Tucker Carlson and Harris Faulkner, have pushed the narrative that the power outages in Texas are actually the result of Green New Deal-style energy policies that aren’t even in place there.

“It seems pretty clear that a reckless reliance on windmills is the cause of this disaster,” Carlson claimed Monday, establishing a talking point that Fox News continued to hammer into the brains of viewers across numerous shows on Tuesday, with Carlson returning to the theme that evening.

Then, in an episode illustrative of the symbiotic relationship between Fox News and the Republican Party, Texas Gov. Greg Abbott (R) took a break from responding to the disaster to join Sean Hannity’s Fox News show later Tuesday evening. As Hannity agreed with him, Abbott said that “this shows how the Green New Deal would be a deadly deal for the United States of America.”

“Our wind and our solar got shut down, and they were collectively more than 10 percent of our power grid, and that thrust Texas into a situation where it was lacking power on a statewide basis,” he continued. “It just shows that fossil fuel is necessary for the state of Texas as well as other states to make sure that we’ll be able to heat our homes in the wintertime and cool our homes in the summertime.”

Texas Gov. Abbott blames solar and wind for the blackouts in his state and says “this shows how the Green New Deal would be a deadly deal for the United States of America” pic.twitter.com/YfVwa3YRZQ

Bottom line: Thank God for baseload energy made up of fossil fuels.

Had our grid been more reliant on the wind turbines that froze, the outages would have been much worse.

It is true that some wind turbines and other renewable energy facilities froze amid the historic cold snap and had to cease production. But the bigger problem the Abbotts and Hannitys of the world refuse to acknowledge is that the winter storm shut down an even greater proportion of the thermal sources favored by opponents of renewable energy.

As Katie Shepherd detailed for the Washington Post, data from the Electric Reliability Council of Texas (ERCOT), the nonprofit that runs Texas’s electrical grid, refutes the Abbott/Fox News spin:

Although renewable energy sources did partially fail, they only contributed to 13 percent of the power outages, while providing about a quarter of the state’s energy in winter. Thermal sources, including coal, gas and nuclear, lost almost twice as many gigawatts of power because of the cold, according to the Electric Reliability Council of Texas (ERCOT), the state’s electric grid operator. Critics have also noted that wind turbines can operate in climates as cold as Greenland if they’re properly prepared for the weather.

Against that backdrop, singling out wind turbines for the ongoing outages in Texas is obviously a fundamental misreading of what’s really going on. But instead of subjecting Abbott’s claims to critical scrutiny, Fox News’s “news side” hosts amplified them on Wednesday by covering them as news.

“TX gov says wind turbines failed during the deep freeze and halted natural gas delivery, and says ~the lefts climate agenda~ has played a role in creating this tragedy” pic.twitter.com/yYIIi6yoj6

Fox News’s treatment of Uri illustrates how, for a large segment of the Republican Party, everything is now a culture war. On Fox, the coronavirus pandemic is recast around the struggle of aggrieved business owners and parents to overcome purportedly unnecessary public health regulations imposed by Democratic public officials; the January 6 insurrection at the Capitol becomes about Nancy Pelosi’s alleged failures; President Joe Biden’s efforts to prevent conflicts of interest in and around the White House is covered, while the egregious conflicts of interest in the Trump White House were defended.

And a historic winter storm in Texas made worse by failures to take proper precautions — officials ignored a 2011 federal report recommending that ERCOT take steps to weatherize facilities against cold weather, for instance, and when Abbott isn’t on Fox News, he’s been trying to pin blame for the power outages on the nonprofit — ends up being twisted into a pretext for misleading attacks on renewable energy.

“Republicans and right-wing media, they want to take every policy issue and turn it into some painful culture war idiocy,” said MSNBC’s Chris Hayes on Tuesday in a monologue critiquing coverage of what’s going on in Texas. “And there’s an interest to do it. The fossil fuel companies want this too. They want to turn into a culture war, like ‘the libs don’t want you to have power.’”

Even most Republicans want to keep Roe v. Wade
Trump’s coronavirus purge
Best friends, a love story
CRISPR has ignited a gene-editing revolution. These Nobel-winning women scientists were the spark.
St. Louis ousts prosecutor who didn’t get charges against cop who killed Michael Brown
The rules of social distancing