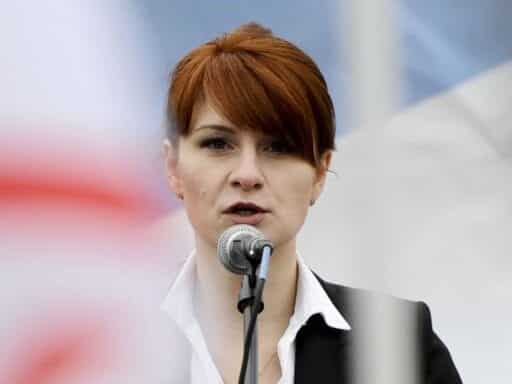 It’s even urging Twitter users to change their profile pictures to a portrait of Butina.

The Russian Foreign Ministry just launched a Twitter campaign to free Maria Butina, a woman with ties to the National Rifle Association and prominent Republicans who has been accused of being a Russian spy.

Butina was arrested by the FBI on Sunday and indicted on Tuesday on charges of conspiracy and acting as a foreign agent. She has been accused of attempting to infiltrate political groups to advance Russian interests. As Andrew Prokop wrote for Vox:

Much of Butina’s alleged conduct seems to have involved socializing and attending US political events, which may not seem all that dastardly. But we’ve gotten hints that there’s much more to come. On Wednesday, the government alleged for the first time that Butina used sex — she dated and lived with a much older Republican political consultant, and purportedly offered another person “sex in exchange for a position with a special interest organization.”

There are also Butina’s publicly known activities during the 2016 campaign, which aren’t mentioned in charging documents. She asked Donald Trump a question about Russian sanctions at a public event, met Donald Trump Jr. with Torshin at an NRA dinner, and reportedly bragged that she helped the Trump campaign communicate with Russia.

The ministry urged Twitter users to change their profile pictures to a photo of Butina with the hashtag splashed across the bottom of the photo.

The Russian foreign ministry is starting a Twitter “flashmob” with a hashtag and request for users to use this profile pic. (Couldn’t they just talk to their friends in the GRU.) https://t.co/9SivHxO91f

The Foreign Ministry even announced that it was following its own campaign, changing the profile picture on its Twitter account to a picture of Butina.

Although Mueller’s investigation into whether the Trump campaign colluded with Russia to win the 2016 presidential election has garnered a lot of attention, Butina’s case is actually not part of Mueller’s probe. Butina was being investigated by the FBI’s Washington field office, and she will be prosecuted by the US Attorney’s Office for the District of Columbia.

As of late Thursday, Butina has pleaded not guilty on both charges, and remains in custody. A DC judge ordered Wednesday that she remain jailed without bond until her trial, which is not yet scheduled.

Do I want kids?
What do hurricane categories mean?
Migrant detention center: Not much room for kids to play in the warehouse-like facility
Selfie face distortion is driving people to get nose jobs
U.S. lead in aircraft carriers tested by new super ships from China and Russia
We put a “sin tax” on cigarettes and alcohol. Why not meat?