From breaches to impeachment, the decade’s biggest flops 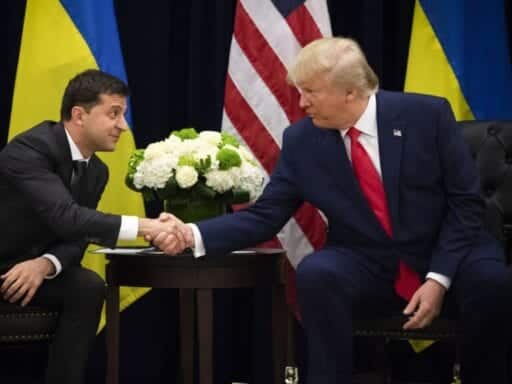 Share
Loading...
President Trump and Ukrainian President Volodymyr Zelensky shake hands during a meeting in New York on September 25, 2019. Their interactions are at the heart of the impeachment inquiry. | Saul Loeb/AFP/Getty Images

Four moments from the 2010s that just didn’t matter.

Part of the Decade Issue of The Highlight, our home for ambitious stories that explain our world.

Call them whiffs, or glaring failures: These four episodes from the 2010s had effects we may not even register a decade from now.

Millions lost their grip on their private data

The extensive theft in 2013 of Target customers’ sensitive data began nearly a month before the company confirmed to the public, at the height of holiday shopping season, that criminals had made off with the credit card numbers, PINs, and email addresses of 110 million people — equivalent to roughly a third of the US population. Afterward, some states passed laws to ensure victims of future thefts are notified, and Target became one of the first large retailers to embrace the chip reader.

But if the breach should have been a pivotal moment of reassessment about what happens to our private information, it instead was met, oddly, with only the briefest of panicked responses from the public. Target sales dipped and recovered, and today, the company’s stock price is double what it was at the scandal’s peak.

And since then, data breaches have only grown more common: They’ve been reported by Yahoo (3 billion accounts), the Marriott hotel chain (500 million customers), credit reporting agency Equifax (148 million people), and so many others. Rather than encourage Americans to call for deeper reforms, the Target breach only normalized the view that our personal information will never be ours (or very safe) again.

One of the biggest political protests simply fizzled out

In the midst of the first Women’s March — all 650 of them nationally in 2017, plus the mega-march on Washington — it certainly felt like one of the biggest political protests of our time. (Political scientists, in fact, estimate that it was, with more than 4 million participants.) Protesters jammed the streets of the capital with hot pink hats and withering signs to reject not only the election and values of Donald Trump, but racism, xenophobia, climate change, and whatever else was on their consciences. But even as participants filtered home after that cathartic primal scream of a day, they wondered, “What now?”

For the Women’s March, what came next was controversy and infighting as its intersectional values seemed to fissure: Women of color questioned whether their interests were represented; a Jewish co-founder of the march accused another of berating her for her identity; accusations of anti-Semitism flew.

By the third incarnation in 2019, the number of pink-hatted protestors had dwindled to a small fraction of what they’d once been. The march may have fizzled, but there is some good news: Women’s political energy has sustained, through the Me Too movement and efforts to expose the pay gap to the unprecedented wave of women elected to Congress in 2018. As 2020 approaches, that shows no sign of abating.

In 2014, Elizabeth Holmes graced the cover of Fortune magazine wearing her signature black turtleneck beneath the words “This CEO is out for blood.” A year later, the $9 billion health startup’s signature technology, which was supposed to test for an extensive list of conditions with a pinprick of blood, was revealed to be bunk science.

While the depth of Theranos’s shocking fraud was unique, it was only one of a number of controversies that undermined trust in the high-valued Silicon Valley “unicorns” that promised to change our world.

Uber has been rocked with accusations of sexual harassment and assault, mistreatment of drivers, and skirting local regulations. WeWork, which slashed its valuation from $47 billion to $10 billion, was roiled as details emerged of how its CEO allegedly used the company for self-enrichment. Meanwhile, revelations that disinformation campaigns conducted on Facebook’s platform might have dramatically altered the outcome of the 2016 election forced the company to reckon with its political power and with users’ privacy. Taken together, it’s clear that the tech optimism that ran rampant in earlier eras broke in the 2010s.

Impeachment left us with a creeping sense that nothing matters

Washington is currently embroiled in impeachment proceedings of dramatic proportions. According to a whistleblower and other witnesses, President Trump solicited interference in the 2020 election from a foreign country, then tried to cover it up. The result of the impeachment push has yet to be seen, but the House inquiry has unearthed a lot of facts about the president’s misconduct. Yet one thing about the scandal feels like it defines the political landscape of the 2010s: that ultimately, this just won’t matter.

Trump was elected by a deeply polarized electorate, and the divisions have only widened since he took office. The Trump base has shown that it will rally behind the candidate despite sexual assault accusations and the Mueller report on Russian interference in the 2016 election. Opinion on the current impeachment scandal is predictably falling along partisan lines.

Then there’s the largest hurdle to impeachment in Congress: At least 20 Republicans in the Senate will have to agree to remove Trump from office, and their record of supporting their president throughout his term suggests there’s little hope of that.

The impeachment investigation, as consequential as it appears to be, has added to a creeping sense that when it comes to American politics, the game is rigged.

From Pokémon Go to Facebook, here’s how to protect your privacy on apps
The Witcher has monsters and naked wizards. Somehow, it’s boring.
Dalgona coffee, PowerPoint parties, and bread baking: The micro-trends of quarantine
Gingrich calls Trump tweet about vote fraud a big mistake
Swing-state senators are hugging close to Trump despite 2019 election losses
Average body temperature appears to be dropping. Researchers aren’t sure why.