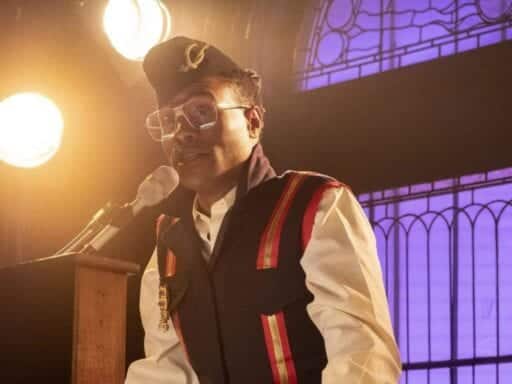 This show isn’t like anything else out there right now.

It’s been a while since I’ve seen a show structured like Pose, FX’s ’80s-set exploration of drag ball culture and LGBT lives in AIDS-era New York, much less one structured like Pose that is as good as this one. With every week, it opens a new door to a new corner of its world, then thoroughly explores that corner, before moving on to something else the next week. Its episodes are adding up to something, but they’re also slices of life, quick glimpses of character, of emotion, of story.

This is welcome in a world where it often seems as though every TV show should come with its own dedicated Wiki, which viewers can furrow their brows over as they watch. “Now who was that? And how do they relate to that other character? And what secrets are they keeping?”

That’s not the case with Pose. I was tempted to call Pose simple, but that gives the wrong impression. What it is is clean, and elegant. The storytelling is always clear, and you always know where every character stands with every other one, despite the show’s rapidly expanding ensemble.

All of this is on display in abundance in “Love Is the Message,” the show’s first truly great episode, the first episode of American television ever directed by a trans woman of color (Janet Mock), and one of the best episodes its producer and co-writer, the mega-mogul Ryan Murphy, has ever been involved with.

As I wrote in my initial review of Pose, the series is an elaborate stew of nods and references to other pop culture that deals with this era, some of it stemming directly from that era and some of it other works made in the intervening decades.

There’s nothing wrong with this. All TV shows are built atop their influences, and usually consciously so. (TV’s production schedule is so fast that it’s often hard to disguise just where the lifts are coming from.) But it’s also meant that the show has had to figure out how it wants to approach the AIDS crisis in its storytelling. Given its setting and characters, AIDS isn’t something Pose can ignore. But it also seems aware at all times that when it talks about AIDS, it’s competing not just with other TV shows but also with titanic works of American pop culture.

“Love Is the Message” isn’t the show’s first stab at telling a story about AIDS — indeed, the show’s fourth episode, “The Fever,” might have been even more interested in the effects of HIV. But it’s the first real look at what it would mean not just to live with the virus but to live in a time when so many of your friends were dying, and when even people whose lives ostensibly had nothing to do with the LGBT community might have found themselves marked by its passage.

It focuses on the character of Pray Tell, a drag ball emcee played by the great stage actor Billy Porter, who has been very good on the show to this point, but mostly in the role of introducing what has become the show’s most recognizable bit of dialogue, every time he purrs, “The category is…” before introducing a new drag show. But “Love Is the Message” traces Pray Tell’s journey through the last few weeks of his lover’s life, as he watches his boyfriend wane and finally die. And then Pray Tell himself, who is HIV positive, has to consider what he will do to ensure some sort of legacy once he finally passes on.

What “Love Is the Message” made me feel, acutely, was how much those who lived through the AIDS crisis almost seemed to believe it was coming to wipe a whole community off the map. Pray Tell wonders if anyone will remember those who are LGBT if the disease kills all of them, before bitterly concluding that, no, the rest of the world will simply move on and relegate them to a footnote in history. AIDS was ignored for so long, the show argues, because the disease was convenient to mainstream society, killing only those who were kept far away from the center of stories like this one.

But there were two big reasons that changed. The first was art, the vibrancy of queer culture reaching up into the mainstream and shaking it just enough to make those who lived in heterosexual, cisgender complacency realize that those who were not like them were living full, human lives, too, and those lives were being cut tragically short. As this episode ends, Pray Tell seems intent on developing some sort of testament, a message to the future that he and others like him existed. It’s not hard to wonder if Pose itself is that testament.

But the second big reason is right there in the episode’s title. Love is understandable and undeniable. It’s impossible to really get to know two men who are in love and deny what that love is, just as it’s impossible to mistake the look of sadness mixed with longing on the face of trans sex worker Angel (Indya Moore) when she sees her cis guy lover, Stan (Evan Peters), again for the first time in months. (He, similarly, looks overcome.) Love and art transcend the walls that would otherwise divide these characters. And that might as well function as a mission statement for Pose itself.

It’s perhaps easy to look at Pose and write mostly about its flashiest sequences and moments — those drag balls, or Stan’s work for Donald Trump (who is never seen, like he’s Vera on Cheers or something), or the show’s many layers of performance. They are the most obvious qualities to take home about the series.

But poke underneath those qualities, and you’ll find a show that is intent on underlining the basic humanity of all of these characters, no matter who they are and no matter what they do. In “Love Is the Message,” Mock underlines this by giving almost every member of the cast a moment when they’re framed, dead-center, in a close-up, so that we realize Pray Tell’s story of love taken away from him is also Stan’s story of same and vice versa.

This makes the show feel like, of all things, Mad Men, which also took a wide view of its characters and their lives, even if it was solidly fixated on points-of-view that were well within the mainstream of American pop culture of the time. Mad Men was happy to realize when its characters fucked up, but it always empathized with their fuck-ups, with the idea that they might find their way to some better self if enough time passed. Don Draper might have cultivated the image of a perfect man, but he was empty and broken inside. Mad Men relished that contradiction.

The same is broadly true of Pose, but it reverses the equation almost exactly. Here, the lead characters are those whose society has dubbed them undesirable, who have a plague threatening to wipe them out. And at all turns, the series underlines the ways that they have constructed their own families that are, perhaps, more wholesome than the families that kicked them out in the first place. It is an argument for the primacy of the found family in America that makes its case not by banging a drum, but by simply depicting a bunch of people who have nowhere else to go and find somewhere to go in each other.

Indeed, the one reason Stan is such a prominent character on the show is because he’s a seemingly typical go-go ’80s executive who finds himself flummoxed when his connection to Angel reveals itself to be tender, genuine, and loving. The show never mistakes Stan for a romantic hero — he’s cheating on his wife, after all — but it does depict the ways in which opening a door to acceptance within yourself can cause you to lose your footing in ways that might terrify but also, eventually, reveal their wonders.

“Mother’s Day,” the episode immediately preceding “Love Is the Message,” explores this directly, via stories of the various characters’ relationships with their biological parents and how those relationships are complicated by their very beings. Pose more broadly is a show about how its characters survived being cast out to the fringes of society by those who were supposed to love and care for them and by fiction that refused to depict them as they were and by a plague that seemed hellbent on killing them, only to emerge, stronger than ever, on the other side of that banishment. In an uncertain world, it’s a much-needed balm.

Why people are angry over a Washington Post fact check about police shootings
The Orionid meteor shower peaks this weekend. Here’s how to watch.
Want to save Social Security? Let in more immigrants.
6 states will vote in Tuesday’s GOP presidential primary. Trump will win all 6.
The dark underbelly of Amazon Prime Video
Gordon Sondland is being called the next John Dean. Here’s why.