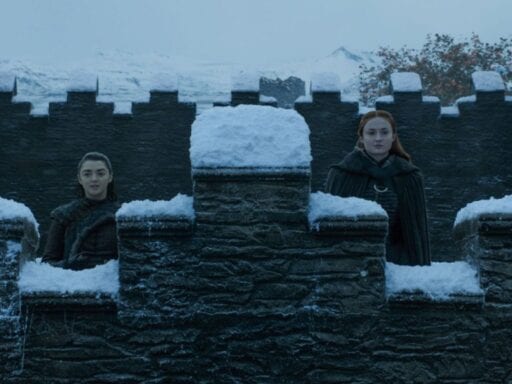 It looks like Game of Thrones’ Jon and Dany will have a lot of cabin time to themselves and plenty of idle days on their hands — much like audiences awaiting the eighth and final season of Game of Thrones, which we now know won’t be returning until next year.

HBO has confirmed that the show’s longed-for final season will be premiering sometime within the first half of 2019.

The reason for the long delay between seasons is an extended production shoot, which could last through August 2018 — or even later.

The primary cause for the long production timeline is apparently the need to work out both a shooting schedule and a separate special effects schedule. The complicated on-location filming that Game of Thrones is known for has grown even more complicated since winter finally arrived in Westeros, requiring chillier climes (and more filming in Iceland) and ultimately causing the seventh season to be delayed several months, debuting in July instead of the show’s typical April.

Season eight will need to incorporate not only wintery locations but Game of Thrones’ most elaborate special effects yet — think Dany’s dragons facing their zombie ice-dragon counterpart in a blue-flamed standoff.

Of course, it also can’t have escaped HBO’s notice that the delay of season seven only helped increase fan anticipation; the ratings for Game of Thrones’ seventh season were the show’s highest ever, and after a twist-filled finale, viewers will no doubt be clamoring to find out how the epic series finally resolves.

(The network also just announced a new post-season series, The Game Revealed, that is clearly intended to encourage anyone who subscribed to HBO purely for Game of Thrones to stick around through the long hiatus. The first episode is available on YouTube.)

There may only be a single six-episode season left in the entire series — but hopefully the long winter between now and when it airs will give viewers something well worth the wait.

Virginia becomes the first state in the South to target 100% clean power
Working from home for a while? Here’s how to do it securely.
The need to read black literature that’s not just about black struggle
The Supreme Court will hear my case today. Trump will not win on DACA.
What Trump has done to the courts, explained
The false choice between helping Notre Dame and helping poor people