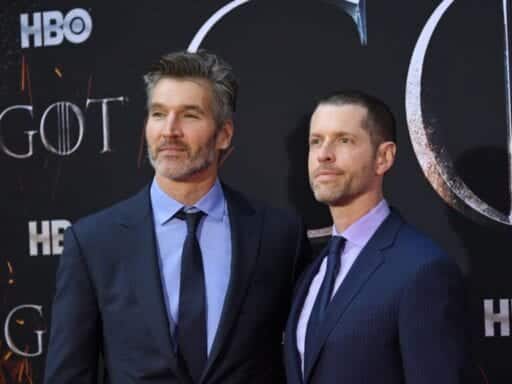 David Benioff and D.B. Weiss, head writers and showrunners of Game of Thrones, won’t be helming a new trilogy in the Star Wars franchise after all.

The duo has exited the project, citing conflicts with the $200 million contract they signed with Netflix in August. The Netflix contract committed them to exclusively develop, write, produce, and direct movies and series for the streaming platform — with the exception of working on three new Star Wars movies, with the first planned for a December 2022 release. Now, however, the pair says they won’t have time to do justice to both commitments.

“We love Star Wars,” the pair told Deadline, which first broke the news Monday evening. “There are only so many hours in the day, and we felt we could not do justice to both Star Wars and our Netflix projects. So we are regretfully stepping away.”

The departure comes during an uncertain moment for the two creators, in stark contrast to what may have been their career peak at the time of the initial announcement of the Star Wars deal in February 2018. But plenty has changed since then. A show the creators had in development at HBO at the time, Confederate, had already drawn public backlash over its premise, which involved a fictionalized world in which the South successfully left the United States and slavery remained legal into the modern era. That show was ultimately tabled entirely earlier this year, though HBO said it was because of scheduling issues and not the backlash.

Then, this past spring, the eighth and final season of Game of Thrones attracted lots of controversy. Critics considered the ending of the blockbuster TV show in particular to be a giant mess, and many viewers framed it as a total disaster. As a result, fans of both Game of Thrones and Star Wars challenged the idea that Benioff and Weiss were the right creators to take Star Wars into the future.

The latest round of backlash came just this weekend. During a widely criticized Q&A session at the Austin Film Festival, Benioff and Weiss bluntly discussed their stint as Game of Thrones showrunners as a classic example of clueless novices learning everything about their trade as they went — a privilege, some argued, that made them the classic example of mediocre white men failing up.

“We didn’t really have any [credentials],” one member of the pair reportedly said. ”We had never done TV. … We don’t know why [Game of Thrones’ creator George R.R. Martin] trusted us with his life’s work.”

Star Wars is a similarly huge, established property with a diehard fanbase. And under Disney’s ownership, there’s even more scrutiny on the future of the brand. But while the departure may not have been intended as a direct blow to Disney as it works to ensure Star Wars’ longevity, it’s the latest salvo in the escalating conflict between Disney and Netflix. As Disney plans to enter the streaming wars with Disney+, its former partnership with Netflix has evolved into an ongoing series of competitive moves against it. That includes pulling most of its titles from the platform and, most recently, banning Netflix ads from Disney-owned networks and services.

Still, the network conflict doesn’t seem to have soured Lucasfilm on the pair. Directors leaving or being replaced on projects is nothing new to the studio, and there are apparently no hard feelings over the duo’s decision to walk away from the franchise. Lucasfilm President Kathleen Kennedy was optimistic that Benioff and Weiss might one day be welcomed back to the Star Wars family, telling Deadline, “We hope to include them in the journey forward when they are able to step away from their busy schedule.”

Sounds like Benioff and Weiss are still walking away with a win.

The best $14 I ever spent: A plastic kiddie pool
Tech billionaires are funding the Democratic Party whether Democrats like it or not
Trump’s expanded travel ban just went into effect for 6 new countries
The limits of free speech for white supremacists marching at Unite the Right 2, explained
3 days, 5 transcripts: What we’ve learned from recently released impeachment depositions
The real story behind Rosie the Riveter