Gavin Newsom’s biggest accomplishment as governor yet: a $1.2 billion cash plan for the poor 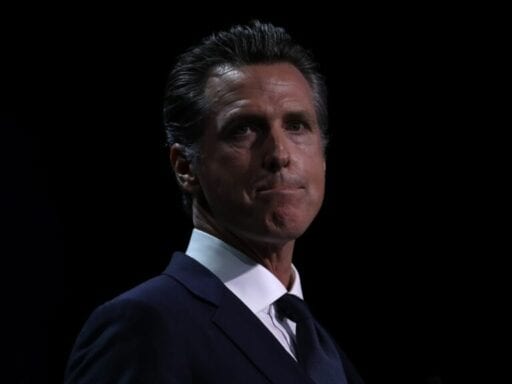 Given who the president is, and who the Senate majority leader is, it’s unlikely any increases in the safety net for America’s poor are going to get enacted at the federal level anytime soon.

But there have been two exciting developments at the state level. Both California and Maine have passed large expansions of their state complements to the federal Earned Income Tax Credit.

Per the Economic Security Project — a group founded by ex-Facebook executive Chris Hughes, longtime digital organizer Natalie Foster, and political scientist/activist Dorian Warren, which has emerged as a major national lobbying group for EITC expansion at both the federal and state levels — the bills would more than double the state-level EITCs in each state.

Maine’s change switches from matching 5 percent of the benefit that recipients get from federal EITC to matching 12 percent (25 percent for childless people), and expands the program so that 18- to 24-year-olds without kids are now eligible. It’s paid for by a change to the state investment tax credit, and the whole package saves money on net.

California’s EITC, which is unusual in being extremely narrowly targeted, so the biggest benefits go to people making less than $10,000 a year, has been expanded so that people making as much as $30,000 (or full-time minimum wage in California) are eligible. It will cost about $1.2 billion, and is paid for as part of a broader budget package.

Each of the plans has one stand-out feature that I find especially exciting. In the Maine plan, that’s a commitment to pay out the benefits monthly. As it stands, the EITC at both the federal and state level is paid out as a lump sum with beneficiaries’ tax refunds.

That has some advantages (some beneficiaries like that it functions as a kind of forced savings) but it means some people are forced to rack up debt during the year and pay interest on it, when they wouldn’t have had to with regular payments.

Figuring out how to make a monthly payout work in practice might be tricky. A previous federal attempt called Advance EITC was rarely used, in part because beneficiaries worried that their credit would be clawed back during tax season if they earned less than expected. But if Maine can make it work, it’d be a real step forward.

The California change is even more significant. The bill would add a $1,000 “young child credit” to boost the state EITC for households with a child under 6. The most significant part, though, is that this credit kicks in with $1 of earnings. A household that earns $1 of self-employment income would get a $1,000 refundable credit to help them raise young children, just the same as a household earning $20,000.

The federal child tax credit purposefully excludes families with young children who have limited earnings. While the new California EITC rules out families with literally $0 in earnings, everyone else gets at least something. It’s not my ideal world policy (I’d just mail money to every parent, with no restrictions related to work) but it’s much closer than any state has come before to a child allowance.

Meanwhile, House Democrats, under Ways and Means chair Richard Neal, have been pushing for something much closer to my ideal world policy: a bill that would make the $2,000 child tax credit fully refundable in the years 2019 and 2020. According to numbers from the Center on Poverty and Social Policy at Columbia, this change would cut child poverty in the US by nearly a quarter.

I’m not hugely optimistic that Donald Trump and Mitch McConnell will agree to that. But the passage of a very similar policy in California is yet another sign the idea isn’t going away anytime soon.