Gender equity was at the forefront of the fifth Democratic debate 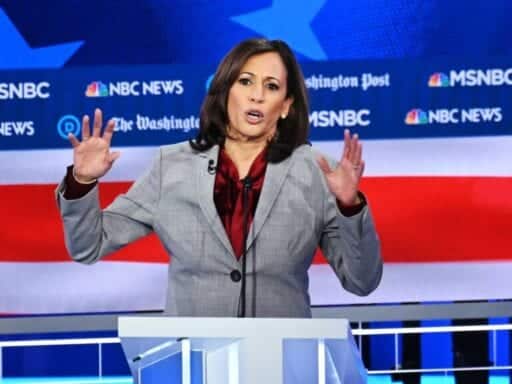 More women involved in the Democratic debate changed the conversation.

In a marked contrast from several past debates, gender equity took center stage at Wednesday’s Democratic debate, which featured wide-ranging discussion about paid family leave, abortion rights, and the higher standards that women candidates must meet.

Though Democrats’ 2020 presidential field is one of the most diverse in history, addressing gender disparities hasn’t always been a major focus on the debate stage, as Vox’s Anna North has written. Previous debates have barely glanced over subjects including equal pay. This week’s debate, only the third primary debate to ever feature an all-female panel of moderators, was different.

It kicked off with a major moment on paid family leave, following a question on the subject of child care from the Washington Post’s Ashley Parker. As Parker noted, the costs of child care can be substantial for families.

“There are only two countries in the world that don’t have paid family leave for new moms. The United States of America and Papua New Guinea,” entrepreneur Andrew Yang emphasized. “That is the entire list and we need to get off that list as as soon as possible.”

Yang’s comment highlighted a startling reality: Among developed countries, the US is the only one that does not have a paid leave program, a policy that’s been shown to increase women’s workforce participation, reduce family’s reliance on public assistance, and improve children’s health outcomes.

Sen. Kamala Harris emphasized just as much in her response on the topic, which called out the extensive work that women do on caregiving and how transformative paid leave could be for women’s ability to return to work.

In her response, Harris also called out the persistence of the gender wage gap and how it’s even wider for women of color. Throughout the night, she was a leading voice on the subject of tackling such inequities, later highlighting how African American women are seen as one of the most dedicated voter bases for the Democratic Party, but neglected when it comes to policy priorities:

When black women are three to four times more likely to die in connection with childbirth in America, when the sons of black women will die because of gun violence more than any other cause of death, when black women make 61 cents on the dollar as compared to all women who tragically make 80 cents on the dollar, the question has to be where you been and what are you going to do? And do you understand what the people want?

Harris was among the lawmakers to return to this subject during the evening, but she was far from alone. Not only did the moderators raise numerous questions about these topics, several candidates highlighted the need to tackle the gender disparities that persist in America today.

It’s a dynamic that spoke to the expansive representation of both the journalists and candidates onstage.

Abortion rights was extensively discussed during the debate as well, in the wake of Louisiana Governor John Bel Edwards’s recent reelection victory. Although Edwards is a Democrat, he is anti-abortion and has helped sign one of the most stringent abortion laws in the country. Candidates were asked whether Edwards’s leadership still has a role in the party, to which Sen. Elizabeth Warren offered a fiery response defending abortion rights.

Warren emphasized that access to abortions was also an economic issue, and that potential bans would likely hurt low income women the most.

“I believe that abortion rights are human rights. I believe that they are also economic rights,” Warren said. “Understand this. When someone makes abortion illegal in America, rich women will still get abortions. It’s just going to fall hard on poor women.”

In addition to the focus on a slew of policies, Sen. Amy Klobuchar emphasized that the presidential race itself was an uneven playing field for male and female candidates, when confronted with comments she had previously made referencing Mayor Pete Buttigieg’s candidacy.

“Women are held to a higher standard,” she said. “Otherwise we could play a game called name your favorite woman president, which we can’t do because it has all been men. And all vice presidents being men.”

How this chair became a pop culture icon
Ebola showed up in a war zone. It’s not going well.
Trump’s pick to chair new climate panel once said CO2 has been maligned like “Jews under Hitler”
Jeff Sessions announces a Senate run — by telling voters he’s still loyal to Trump
Trump administration and Pfizer work on deal for tens of millions more Covid-19 vaccines
2018 Republican nominees don’t want to talk about Trump