Generation Z doesn’t want to hear from you 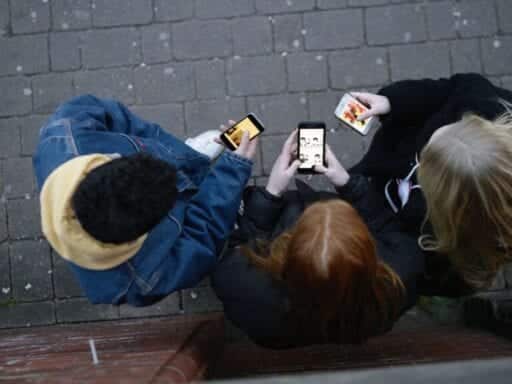 Share
Loading...
Generation Z may use their phones all the time but they’re less comfortable with the idea of always being reachable on those phones. | Getty Images

They’re less likely than millennials to be okay with always being reachable.

Each generation is more connected than the last, but the latest generation, those born after 1998, wants to buck the trend.

Members of so-called Generation Z are less likely than their millennial counterparts (66 percent versus 71 percent for women, and 57 percent versus 74 percent for men) to want to be “always reachable,” according to a new survey of 1,500 US residents by market research firm GfK Consumer Life. That puts them more in line with older US generations. About 60 percent of people of all generations in the US are okay with being reachable all the time.

GfK interprets this as a potential sign of tech fatigue, but it could also be a different way of engaging with tech in the first place. Generation Z, the eldest of whom are 21 years old, are digital natives, meaning they’ve been raised with computers and on the internet. More experience with digital connectivity could make them less enamored by the novelty and more wary of its potential consequences.

Rates of suicide and depression are on the rise among young people, and many blame tech for that shift despite no conclusive evidence drawing a connection. Still, even the people making technology are reconsidering its impact on our lives. Instagram and its parent company Facebook — which have vested economic interests in making you spend time on their platforms — have instituted features that let people cut back on screen time. But despite efforts of the “Time Well Spent” movement, the amount of time we spend on our smartphones is continuing to tick up.

Indeed, men and women of Gen Z are much more likely than the population as a whole to find it difficult to disconnect from tech. Notably, millennial men poll about the same as all of Gen Z.

Males and females of Generation Z do tend to differ from one another in one important way: optimism about tech. Gen Z women are markedly less likely than other generations and less likely than their male peers to be optimistic about technology’s impact on society.

They’re also more worried than other groups about online safety and security and their personal information “getting into the wrong hands.”

Perhaps they’re on to something.

How Watchmen’s giant squid attack changes everything
The likely $1,200 coronavirus checks, explained
US-North Korea talks have been a disaster since Trump met with Kim Jong Un
Last weekend’s North Korea news is an unpleasant surprise for Donald Trump
If Biden wins, here’s how he could undo Trump’s deregulation agenda
Cardi B says she used to rob men. Her image was built to withstand scandals like this.