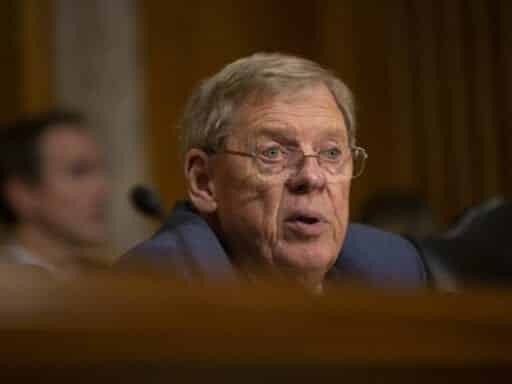 Both seats in the increasingly competitive state will now be up in 2020.

A new Senate retirement could have major implications for Democratic efforts to retake the upper chamber.

Sen. Johnny Isakson (R-GA), a three-term incumbent in the state, announced Wednesday that he will step down at the end of 2019 due to health concerns. That means his seat will be up for a special election in 2020, the same year that his Georgia Republican colleague Sen. David Perdue will also be vying for reelection in the increasingly competitive state.

“I am leaving a job I love because my health challenges are taking a toll on me, my family and my staff,” Isakson said in a release on Wednesday, noting that he’ll retire effective December 31, 2019. “My Parkinson’s has been progressing, and I am continuing physical therapy to recover from a fall in July.”

Isakson has served as the chair of the Committee on Veterans’ Affairs and the Ethics Committee in the Senate, and was known for his efforts to reform the VA.

His seat could be a huge pickup opportunity for Democrats as they try to claw back a Senate majority in 2020. Previously, as Vox’s Ella Nilsen and Tara Golshan have reported, there was a narrow slate of seats seen as in contention in the upcoming cycle. Isakson’s retirement helps bolster that margin.

What happens next with Isakson’s seat

Isakson was set to serve through 2022. Given his retirement, Georgia Gov. Brian Kemp will appoint a replacement to serve out his term through the next general election, coming up in November 2020.

Next November, Isakson’s seat, as well as Perdue’s, will be on the ballot in Georgia. Whoever wins the general election for Isakson’s seat will serve through 2022.

Isakson’s decision offers a chance for Democrats to capture another pivotal seat in a swing state. While winning the seat is still a reach for the party, his retirement provides a second opening to try.

This development has spurred speculation over whether former gubernatorial candidate Stacey Abrams, who had previously passed on running for Perdue’s seat, will change her mind about the Senate. A comment from her spokesperson to GPB News’s Stephen Fowler, however, indicated that she intends to focus her efforts on an initiative to protect voting rights instead.

“I still think the state is tough for Democrats but I also think it gives them another target,” Kyle Kondik of Sabato’s Crystal Ball told Vox. Additionally, he noted, Senate races that happen at the same time in a state historically wind up breaking the same way.

Vox Sentences: Planes with no pilots
Joe Biden wins the Arkansas Democratic primary
E. Jean Carroll says Trump raped her. She’s suing him. Now she’s been fired from Elle.
How the 2020 census struggled to overcome Trump to get an accurate count
Biden says he doesn’t like court-packing — but he didn’t rule it out
Why it’s so hard to see into the future of Covid-19