“Get out, little punks”: racism in swimming pools has a long history 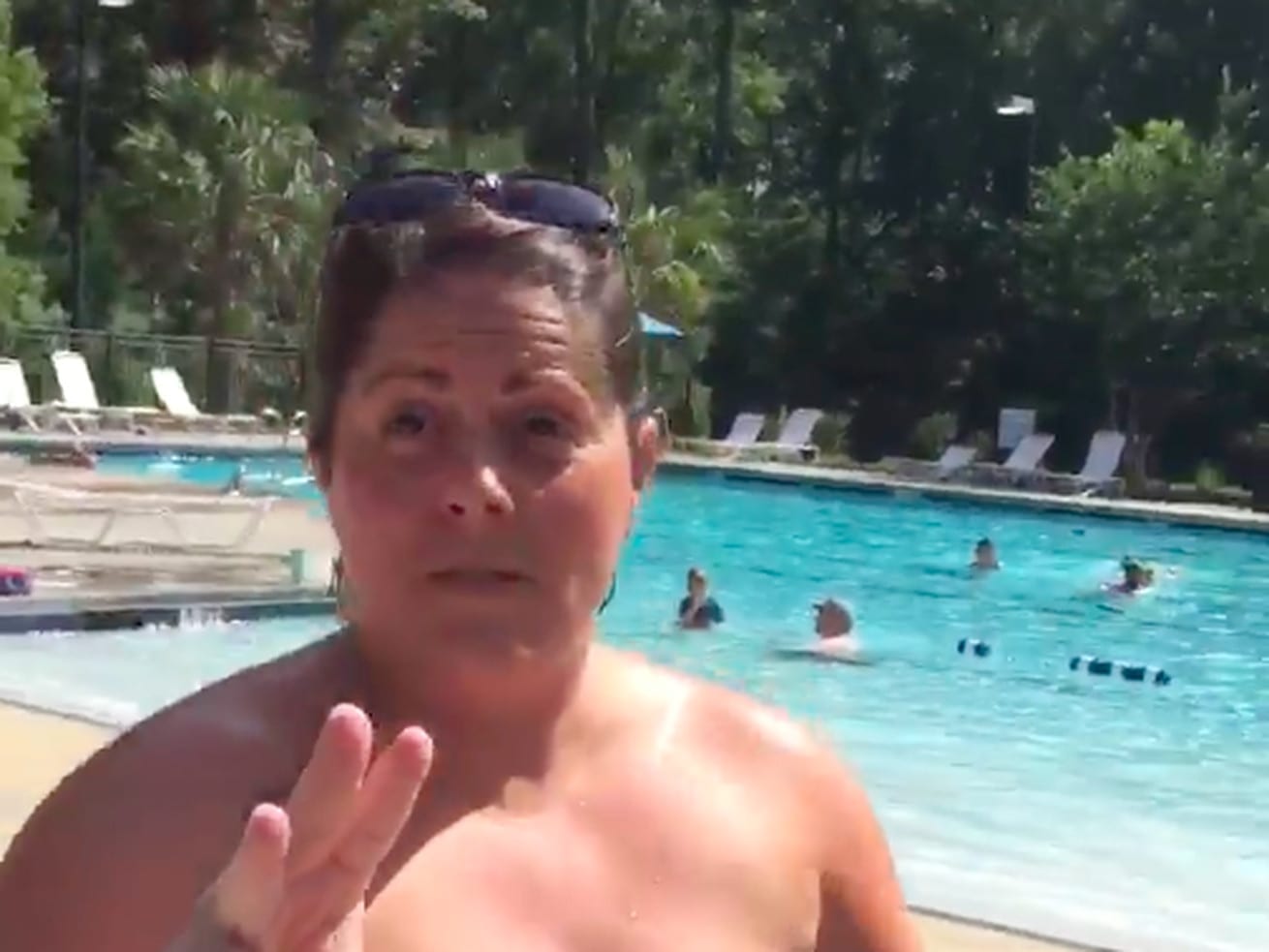 How swimming pools became a flashpoint of racial tension in America.

Three racially charged confrontations have occurred at swimming pools already this summer. On June 24, a white woman named Stephanie Sebby-Strempel, now known as “Pool Patrol Paula” on the internet, physically assaulted a 15-year-old black boy at a private community pool in Summerville, South Carolina, claiming he and his friends “didn’t belong” there, then exclaiming, “Get out, little punks!”

Then, on the Fourth of July, a white man named Adam Bloom singled out the only black family at a crowded community pool in Winston-Salem, North Carolina, and demanded to see the mother’s “identification,” even though she had used a resident key card to enter the facility and no one else at the pool had to show an ID. When she refused, Bloom called the police.

That same day, 555 miles away in Memphis, Tennessee, the manager of a large apartment complex engaged in a similar act of racial profiling. Even though several other people were wearing prohibited clothing in the pool area, Erica Walker only confronted a lone group of African Americans. She reprimanded 25-year-old Kevin Yates for dipping his sock-clad feet in the water and eventually demanded that he and his party leave the pool. When they refused, she, too, called the police.

These incidents exemplify a strand of white privilege that has flourished in the past couple of years — whites feeling emboldened to confront black and brown-skinned people for assumed transgressions and then summon the power of the state to punish them. Recall the attorney who threatened to call ICE on several New York City restaurant workers when he heard them speaking Spanish to customers.

More than just a symptom of race relations in Trump’s America, however, these incidents reflect America’s long history of swimming pool segregation. For nearly a century, blacks and whites have mostly swum separately from one another. And, just as with residential segregation, separate pool use persists today as an ongoing legacy of past discrimination.

After desegregation, white people used violence and intimidation to keep black people away from swimming pools

Swimming pool segregation became pervasive in the United States during the 1920s and 1930s, when cities across the country opened thousands of new public pools and began permitting males and females to use them together. Gender integration was a direct cause of racial segregation. Most whites did not want black men interacting with white women at such intimate public spaces. Whites at the time also objected to swimming with blacks because they perceived them as dirty and likely to be infected with communicable diseases.

Enforcement differed from region to region. In the South and border-state cities such as St. Louis and Baltimore, public officials mandated racial segregation, explicitly prohibiting identifiably black people from entering pools earmarked for whites. In Northern and Western cities, white swimmers typically imposed racial segregation through violence and intimidation. At Pittsburgh’s Highland Park Pool, for example, white swimmers brazenly attacked black swimmers who attempted to enter the pool when it first opened in 1931, sometimes using rocks and clubs as weapons. The sustained violence quickly established the large pool as a whites-only public space.

Public swimming pools were racially desegregated during the 20 years after World War II, but that did not mean blacks and whites started swimming together. Southern cities generally shut down their public pools rather than allow mixed-race swimming. Further north, most whites abandoned public pools rather than swim with blacks. When a federal judge forced St. Louis to desegregate its public pools in 1951, white attendance at the pools now accessible to black swimmers plummeted by more than 95 percent. The same was true elsewhere.

White residents of these cities did not stop swimming. They retreated to public pools located within thoroughly white neighborhoods, where intimidation still worked to maintain de facto segregation. Well into the 1960s, the public pools in Chicago remained strictly segregated along racial lines. When a group of black swimmers attempted to swim at the city’s Bessemer Park Pool, a large mob of whites attacked them with bricks and stones. As a city official later explained, most of the city’s pools were not “readily available to Negroes because of hostility in the white communities.”

An even more thorough form of racial exclusion developed at swimming pools located in the nation’s burgeoning suburbs. The millions of white families that moved into suburbs during the postwar period almost invariably chose to fund private club pools rather than public pools. They did so mainly because civil rights laws at the time applied only to “public accommodations,” which meant private clubs could still legally exclude blacks and other racial minorities. Among the tens of thousands of suburban club pools established during the 1950s and 1960s, almost none had identifiably black members. In this way, racially exclusive use of swimming pools actually expanded during the era of desegregation.

Since the 1970s, the social patterns of pool use have become more varied. In some cities and towns, racially diverse crowds of people now commonly swim together at public pools and YMCA pools. In the many places where residential segregation persists, however, blacks and whites still swim separately. This is especially apparent at private club pools and private community pools. They mostly remain sites of whites-only recreation, even though their racial exclusivity today results more from economic inequality, residential segregation, and the legacy of past discrimination than from overt acts of present-day discrimination.

Nonetheless, members of these private pools are accustomed to swimming and sunbathing only with people socially similar to themselves, which helps explain why Adam Bloom singled out the only black family using his community pool as unlikely to be members and why Stephanie Sebby-Strempel believed an African-American boy did not belong at her community pool. These reactions are not simply the result of individual prejudice. They are rooted much more deeply in our nation’s history of institutional discrimination.

Jeff Wiltse is a history professor at the University of Montana and author of the book Contested Waters: A Social History of Swimming Pools in America. He is currently working on a project titled “In and Out of Harmony: Public Music in American Cities, 1800 to 1920,” which examines the history of urban public music in the United States prior to the advent of radio and the mass production of recorded music.

The Big Idea is Vox’s home for smart discussion of the most important issues and ideas in politics, science, and culture — typically by outside contributors. If you have an idea for a piece, pitch us at [email protected]

Vox Sentences: Women’s soccer on offense
A Prince Andrew interview has renewed questions about his relationship with Jeffrey Epstein
A lawsuit is threatening the Internet Archive — but it’s not as dire as you may have heard
How the Real Housewives built cable TV’s biggest fandom
2018 was the fourth-hottest year on record, NASA and NOAA report
Jeff Bezos offers a clue to his $10 billion climate change strategy