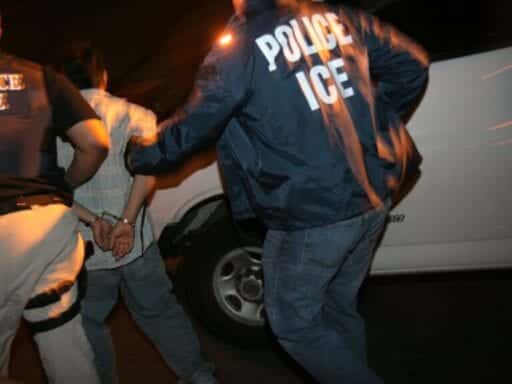 Employees are demanding the company cancel its $200,000 contract with the immigration agency.

GitHub, which hosts an important platform for software developers, is the latest prominent Silicon Valley company to be embroiled in controversy over its contracts with Immigration and Customs Enforcement (ICE). On Wednesday, GitHub’s employees began publicly pressuring their company’s leadership to stop working with the immigration agency over human rights concerns.

GitHub CEO Nat Friedman wrote in an internal letter on Tuesday that the company plans to renew a contract worth $200,000 with ICE to license its GitHub Enterprise Server — an amount that Friedman called “not financially material” for the company. GitHub’s contract with ICE was private until Friedman’s note began circulating publicly on Tuesday evening.

In the letter, Friedman said he strongly disagrees with the Trump administration’s “terrible” immigration policies. But, ultimately, he said, the company will continue to provide the agency with software because it doesn’t believe it should “unplug technology services” when government customers use them to do things the company objects to.

ICE’s role in separating families at the border, putting children in cages, and deporting refugees back to dangerous places has alarmed humanitarians, politicians, and many tech workers who believe the tools they build should not be used to power the agency’s activities. In recent years as part of a growing “No Tech for ICE” movement, tech workers at companies like Microsoft (which owns GitHub), Palantir, and Amazon have all pressured their companies internally and publicly to stop working with the agency and its partners.

Friedman’s letter addressing employees’ concerns was first leaked to the activist group Fight for the Future, before the company posted a copy of the letter on its blog.

And now, employees are striking back by signing a letter demanding the company cancel the contract completely, as first reported by the Washington Post. The letter began circulating on Wednesday, gathering around 150 signatures in less than an hour, according to the Post.

“We implore GitHub to immediately cancel its contract with ICE, no matter the cost. Now is the time to take a stand, or be complicit,” reads the letter, which goes on to say, “Software, provided by companies like us, is a critical part of the toolkit [ICE] use[s] to conduct invasive surveillance.”

In his letter to employees, Friedman said GitHub would be donating all its proceeds from the ICE contract, plus $500,000 toward nonprofit organizations working to support immigrant communities.

But GitHub employees who signed the letter do not support that concession.

“We cannot offset human lives with money. There is no donation that can offset the harm that ICE is perpetrating with the help of our labor,” their letter says.

The rationale Friedman used to defend the company’s contracts with ICE, despite his personal disapproval of the agency’s immigration policies, is similar to how other tech companies have defended its contracts with ICE in the past. Palantir CEO Alex Karp has said that it’s not up to companies, but governments, to democratically decide policy. And in June, Microsoft CEO Satya Nadella, himself an immigrant to the US, tried to downplay his company’s work with ICE while maintaining its multimillion dollar contract with the government agency.

The escalating conflict between Bernie Sanders and Elizabeth Warren, explained
Do Democrats think the government should be able to get around data encryption?
Do the Oscars’ new rules mean no more movies about white people?
The FBI is now investigating allegations against Kavanaugh. Here’s what comes next.
Mischief Managed
For 24 hours, watch amazing actors perform on Instagram