Giuliani’s $500,000 payout from Fraud Guarantee reveals the hypocrisy of his attacks on Hunter Biden 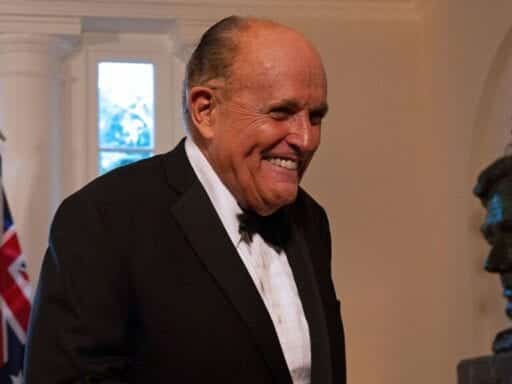 Giuliani is staunchly opposed to cashing in on political connections — unless he’s doing it.

For months, Rudy Giuliani has played a leading role in the ongoing effort by President Donald Trump and his allies to gin up a scandal surrounding Hunter Biden’s business dealings in Ukraine. But new reporting about Giuliani’s own business dealings with shadowy Ukraine-linked figured shines a light on just how hypocritical his posturing has been.

On Monday, both Reuters and the Washington Post reported that Giuliani received $500,000 from a company founded by a man at the center of a scheme to funnel foreign payments to Republican groups, including the pro-Trump super PAC “America First Action,” in 2018.

The company in question has the unfortunate name of Fraud Guarantee and was founded by Lev Parnas, a Ukrainian American associate of Giuliani’s who was arrested with Igor Fruman (another Giuliani associate) last week. Both men were charged with making false disclosures related to hundreds of thousands of dollars of political contributions that were meant to conceal their foreign origins. As my colleague Andrew Prokop wrote, Parnas and Fruman are often described as “fixers” for Giuliani, and the three men collaborated in a successful effort to oust the then-US ambassador to Ukraine, Marie Yovanovitch, amid the Trump administration’s efforts to cajole the new Ukrainian government to investigate the Bidens.

Reuters reports that Fraud Guarantee marketed itself as helping clients “reduce and mitigate fraud,” but details surrounding the company remain murky. In interviews with the Post and Reuters, Giuliani insisted the payments he received for consulting and legal services did not originate from foreign sources — but he had a remarkably hard time explaining where else they might have come from. From Reuters:

Giuliani said he was confident that the money he received was from “a domestic source,” but he would not say where it came from.

“I know beyond any doubt the source of the money is not any questionable source,” he told Reuters in an interview. “The money did not come from foreigners. I can rule that out 100%,” he said.

He declined to say whether the money had been paid directly to him by Fraud Guarantee or from another source.

CNN reported last week that Giuliani’s “involvement in the broader flow of money” involving Parnas and Fruman is under federal investigation. That news seemed to bring an abrupt end to Giuliani’s ongoing media tour — one in which he would tell any TV host who would have him on about how terrible it is that former Vice President Joe Biden’s son Hunter was paid $50,000 a month by a Ukrainian gas company.

Giuliani was insulting and wouldn’t stop talking as Stephanopoulos tried to wrap up an interview in which the president’s lawyer relentlessly pushed Biden/George Soros/Ukraine conspiracy theories pic.twitter.com/3x0JpLO5Kn

Hunter has since more or less admitted he cashed in on his family name. It’s a bad look, but there’s no evidence his father did anything wrong. Giuliani, by contrast, is not only reportedly under criminal investigation, but also took money from questionable sources with links to Ukraine. And his behind-the-scenes work to get Ukraine to investigate the Bidens played a key role in prompting Democrats to begin an impeachment inquiry into his client Donald Trump.

In short, Giuliani knew he was guilty of the same thing he accused Hunter Biden of doing — leveraging political connections into profits — and yet he’s tirelessly tried to pump it up into a major scandal anyway. It’s a microcosm of the same Trumpworld shamelessness that has suddenly converted Donald Trump Jr. into an outspoken opponent of nepotism.

Not everyone is laying off workers because of coronavirus. These are the most in-demand jobs right n...
The Expanse is an excellent sci-fi space opera. But it’s fundamentally a detective show.
Louisiana may get hit by a hurricane this weekend. New Orleans is already flooded.
What you need to know about Jair Bolsonaro, Brazil’s new far-right president
With Trump trashing Democrats on immigration, Flake says, 'He ought to knock that off'
The cost of an ad-free internet: $35 more per month