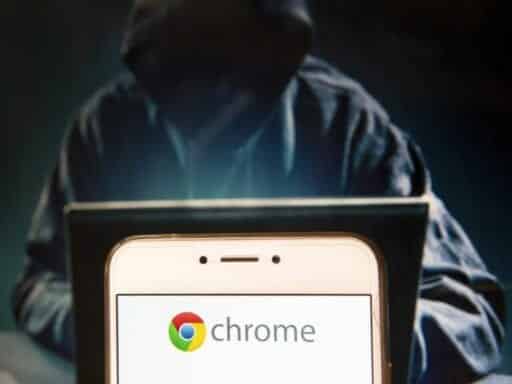 Under mounting pressure from the public, Google, like Facebook, says it now wants to give users more control over their data that it shares with advertisers. But is that enough?

Google on Thursday said that it would create a “Privacy Sandbox” — a new set of standards on its Google Chrome web browser that, in Google’s view, will “build a more private web.”

The proposed standards would make it harder for advertisers to follow your search history, and they would give you more discretion over what types of data are distributed to marketers and allow you multiple opportunities to essentially opt out. (Theoretically, you could see what data has been shared with a business that is, in turn, showing you an ad.)

But just as Facebook is struggling to convince its users that it cares about their privacy after a series of scandals and breaches of trust, Google will similarly have to overcome the wide consumer distrust of Big Tech platforms, even if these pivots are earnest. And its actions come after backlash to its announcement that it would restrict ad blockers on Chrome and new media scrutiny over how it tracks its users.

Because the standards Google plans to implement remain fairly vague at this point, your average person probably won’t notice much of a change on Chrome anytime soon. Bennett Cyphers, of the privacy advocacy group Electronic Frontier Foundation, said not to expect much.

Skepticism abounds. Google began its announcement by emphasizing how “privacy is paramount to us, in everything we do.” That drew considerable ridicule from security experts, who don’t have to work hard to find reasons to be concerned about Google’s approach to users’ privacy. Any shift Google makes towards better privacy for users will run into a fundamental problem: The foundation of its business model is to track people’s activity online and then share that data with advertisers, which then use that personal information to target Google’s users with ads.

“Google is an advertising company, not a group of concerned altruists; there aren’t any charts at stakeholder meetings showing what amount they ‘saved the web’ this past quarter. They’re notorious for overstepping and outright abusing users’ personal data in pursuit of, well, making money as an advertising company,” Mat Marquis, a web developer, told Recode. “Their business model — the thing that keeps all these genuinely brilliant, genuinely well-meaning designers and developers employed — depends on convincing a company that they can make their users look at your ads.”

Ultimately, the company’s proposals essentially amount to a way to get users to continue using Google Chrome rather than migrating to other browsers like Safari or Firefox — which are not owned by advertising behemoths and have begun distancing themselves from tracking. Google seems to acknowledge that users are less comfortable than ever with having their every search query tracked.

Sebastian Bicchi, a security researcher and consultant, said that he welcomed the changes but that they will actually give Google even more control over users’ information.

“Google does the right things for the wrong reasons,” Bicchi said. “It will make a difference, but it also will cement Google’s power in means of information, because Google is already on nearly every side with their data trackers. The difference will be, that only Google will have the data, and more and more website providers will have to rely on Google.”

Why Google’s doing this now

Google’s proposals come at a time when its power and data-tracking practices are under the microscope of both the general public and regulators. The company is also being squeezed by competitors that are beginning to offer privacy-conscious customers browsers with more privacy controls.

Much of Big Tech is reassessing (or at least, making it seem like they’re reassessing) how they treat consumer data and privacy — Facebook, for instance, earlier this week released its own Clear History tool that allows users to disassociate their data from their accounts, on a certain level. Both Google and Facebook are effectively acknowledging that they need to meet customer demand for increased privacy options — their businesses, after all, depend on customer trust.

There are some specific proposals in Google’s announcement on Thursday that security experts called out as signs of improvement: Bicchi said Google seems to be taking seriously concerns over fingerprinting, which is when browsers identify individual users and track them without their knowledge. Other browsers, like Safari and Firefox, have recently moved to allow users to block the collection of cookies, which are data that’s collected when you visit a website and that’s used to track your activity online. Google does not plan to allow you to block cookies in their entirety.

Advertisers and publishers are watching all these moves warily — but so far, it seems like Google’s planned changes to Chrome are friendlier to advertisers than the changes Firefox and Safari have made.

“Blocking cookies without another way to deliver relevant ads significantly reduces publishers’ primary means of funding, which jeopardizes the future of the vibrant web,” said Justin Schuh, the head of Google Engineering. Schuh cited studies that disabling cookies could lead to a 52 percent decrease in advertising revenue, threatening the financial stability of publishers.

But Google still has much to spell out about how exactly it envisions the future of private web browsing. These are merely standards. Lukasz Olejnik, a cybersecurity expert and a research associate at Oxford University, described Google’s moves as merely “early proposals, essentially an invitation to discuss.”

“These are interesting concepts but they are still in early phases, with many details lacking,” he said. “But a general debate of privacy standards on the web is exactly what we need. So it is good that Google is joining the conversation.”

Exclusive: Google cancels AI ethics board in response to outcry
What the Ring hacks tell us about tech’s backward approach to security
Solar on water, robots, and 2-sided panels, oh my: solar tech’s near future
If you need quick comfort, try reading a cookbook like it’s a novel
Here’s the deal with airplane food
“A multi-year fight”: Activists say passing local ballot measures on policing is just the first step