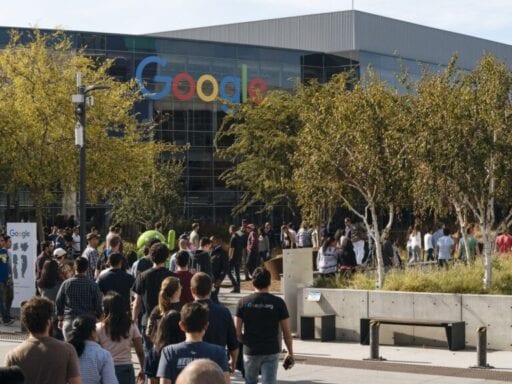 Management tried to shut down an employee-led talk at its Zurich office on unionization, but it happened anyway.

A group of dozens of full-time Google employees at the company’s largest European office, which is located in Zurich, Switzerland, met to discuss unionization on Monday in defiance of their employer’s attempt to cancel the meeting. The tensions surrounding this meeting reflect Google’s growing struggles with employee discontent over workplace issues that go beyond just labor organizing.

The talk, titled “Unions in Switzerland,” was led by two representatives from a Swiss media and telecoms union called syndicom, and organized by Google employees. Last Wednesday, Google’s site leadership team attempted to stop the event by sending out an email announcing that it would be canceled, according to an email reviewed by Recode. In the email, Google said it was cancelling the meeting because the company prefers to only host events on the topic organized in partnership with Google’s site leadership team.

Instead, Google leadership wrote in the note that it would host its own talks about labor laws and employee rights that bring “a diverse set of presenters and perspectives.” That upset many Google employees both inside and outside the Zurich office, who told Recode the company has been trying to block employees’ from hearing unfiltered information about workplace organizing.

Despite management’s notice that the meeting was canceled, employees in Zurich met anyway in Google’s on-site meeting rooms. So far, management has not stated it will take any action against people who organized or attended the meeting.

Historically, full-time white-collar workers at major tech companies like Google have been reluctant to unionize or even openly discuss unionization. But attitudes have been shifting as a growing group of tech workers at Google and other companies have become more vocal about demanding greater labor rights and input on important company decisions.

These workers have begun organizing over disputes around issues such as retaliation after reporting sexual harassment, pay equity, and company participation in controversial government contracts.

Last month, Google contractors in Pittsburgh, Pennsylvania, some of whom make $40,000 a year for technical work, voted to form the first white-collar-led union at the company. Google management has so far stayed neutral in those efforts, but the company seems to have taken a more reactive stance in Europe by attempting to cancel this talk, and a similar one about labor law and employee rights back in June.

In the end, Google’s attempt to cancel and reschedule Monday’s meeting ended up drawing more attention to it and riling up rank-and-file support for labor organizing, several sources say. The Zurich office is one of Google’s largest outside its main campus in Mountain View, with 2,000 employees who work on important products such as Google Maps, YouTube, and Gmail.

On Friday, Google’s site leadership team followed up in an email to Zurich staff with more details about the three talks it plans to host in lieu of the original worker-led event. The email stated that for the first talk, representatives from several Swiss unions, including the original one invited to speak, syndicom, were all invited to speak in a conversation moderated by Google management.

This is still being viewed as unwelcome interference by some Google employees in support of the originally programmed event.

“It is disappointing that leadership persists in actively preventing Zurich Googlers from learning and exercising their rights, and is still trying to spin this as support for collaboration and healthy debate,” an organizer of the Zurich talk said in a statement posted on an internal Google communication platform.

“Googlers are smart enough to recognize this for what it is: an irrational fear of anything that could possibly lead to systemic change.” The note went on to explain how employees in Zurich are uniquely vulnerable because the “vast majority” are not Swiss citizens, and could get kicked out of the country if they lose their job at Google — and because Switzerland has relatively fewer labor protections than other European countries.

“You can imagine the climate that it creates for victims of harassment or discrimination, or people who want to speak up for what’s right even when that displeases management,” the note said.

Meanwhile, in other offices, Google employees have been posting memes in solidarity with their Zurich colleagues, criticizing management for trying to control the talk about unionization.

“Some people were not interested in the talk in the first place, but because it had been canceled — they wanted to be involved and get to the bottom of it,” one Google employee, who asked to speak anonymously, told Recode.

“I do not understand it. It looks like [management] is afraid, but maybe it’s just because they are not used to the idea of having an elected body representing employees,” said the employee. “I think in the long-term, a healthy dialogue can be fostered.”

At this time, it’s not clear if Zurich employees will actually attempt form a union — so far, discussions have been preliminary and educational. But nearly a year after 20,000 employees walked out of work over the company paying out executives over a hundred million dollars in payouts after sexual misconduct charges — it’s a sign of continued employee dissent brewing beneath the surface at Google.

This week in TikTok: When Walmart and Amazon employees go viral
Trump claims the US lost $817 billion on trade last year. That’s wrong.
How “kombucha girl” revolutionized internet fame
Jenny Odell on nature, art, and burnout in quarantine
How to fix Lebanon’s political crisis
Jared Kushner is trying to sell his Middle East plan at a conference in Bahrain