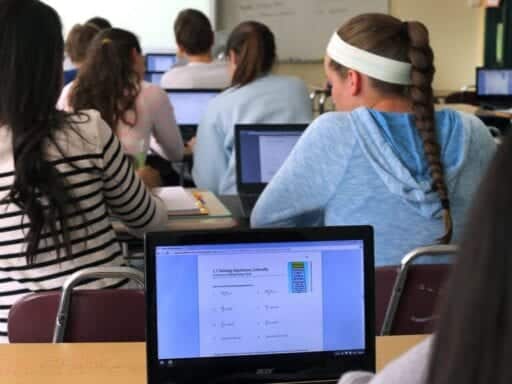 New Mexico is suing Google for allegedly invading children’s privacy through educational products it provides to the state’s schools, claiming it tracks students’ activities on their personal devices outside the classroom. The suit calls into question what a major for-profit player in the nonprofit educational space — which counts millions of children among its users — is doing with whatever data it collects from them.

Google offers its educational products to schools for little to no obvious cost. New Mexico’s attorney general, Hector Balderas, claims the hidden price is children’s data, which it collects without their knowledge or the required parental consent, even when the technology isn’t being used for educational purposes. While Google denies the charges, the very existence of the lawsuit — and the fact that it’s not the first time a government agency has sued Google over how it handles children’s data — could prompt other states and school systems to re-evaluate their agreements with the company.

Balderas filed the lawsuit on Thursday accusing Google of violating the Children’s Online Privacy Protection Act (COPPA) — one of the only federal laws regulating digital data privacy — as well as the state’s Unfair Practices Act.

“While purporting to offer only educational services, Google instead has stripped children and parents of autonomy and control of their most sensitive personal information, forcing children to acquiesce to constant monitoring, in perpetuity, in exchange for their education,” the suit says.

COPPA says that any companies that collect online data about children under the age of 13 must have their parents’ consent first. (This is why Facebook, for example, does not allow children under 13 to have accounts.) The day before filing the lawsuit, Balderas wrote a letter to Alphabet and Google CEO Sundar Pichai demanding Google stop what Balderas referred to as “active, ongoing, and illegal data collection.”

“My investigation has revealed that Google tracks children across the internet, across devices, in their homes, and well outside the educational sphere, all without obtaining verifiable parental consent,” Balderas wrote. “Google has used this access to collect massive quantities of data from young children not to benefit the schools you have contracted with, but to benefit Google’s own commercial interests.”

The lawsuit also claims that children too old to be covered by COPPA and even adult educators are being monitored by Google’s trackers outside of school and their jobs, which would be a violation of New Mexico’s Unfair Practices Act.

Google says its educational products comply with COPPA and industry standards, that it does not own or sell G Suite data, and that it does not use any personal information to target ads in G Suite school products. It also says schools must obtain parental consent before allowing users under the age of 18 to use Google’s services, according to its contract with schools.

“These claims are factually wrong,” Jose Casteneda, a spokesperson for Google, told Recode. “G Suite for Education allows schools to control account access and requires that schools obtain parental consent when necessary. We do not use personal information from users in primary and secondary schools to target ads.”

According to a local news report, about 60 percent of New Mexico’s school districts offer these Google tools — though it later goes on to say the attorney general’s office is still “looking into” which of those districts were affected. The attorney general also told schools not to stop using Google’s products because they do not present any “immediate harm.”

Google’s educational program is not limited to New Mexico, of course. It said in January 2019 that more than 80 million people around the world use its G Suite for Education, and the New York Times wrote in 2017 that more than 30 million students used Google’s education apps, with Chromebooks having the majority market share of mobile devices shipped to America’s schools. Since COPPA is a federal law, Google could face similar lawsuits from states across the country if Balderas’s allegations prove to be true. State attorneys general and the Federal Trade Commission are charged with enforcing COPPA.

Google has gotten in trouble over COPPA before. Last September, it agreed to pay a $170 million settlement to the FTC and the state of New York over allegations that YouTube was collecting data about underage children without their parents’ consent. This is one of many issues YouTube has had over its inability or lack of desire to moderate the content its platform shows to children and control the data it collects from them.

This also isn’t the first time Google has been in trouble over COPPA with New Mexico’s attorney general. In 2018, Balderas sued the company along with a mobile gaming app maker that Balderas said was making child-specific apps packed with trackers that harvested their young users’ data. Among Balderas’s claims was that Google did not act despite being notified that games offered through its Google Play Store were potentially violating federal law. (Google banned the mobile app company from Google Play a few days before the lawsuit was filed.) That lawsuit is still pending.

Google is not the only tech company that offers free or cheap products to schools. Apple and Microsoft both offer their own versions of educational software and hardware — along with accompanying benefits, such as discounts. These agreements have concerned parents and privacy advocates for years. As such, this new lawsuit in New Mexico may show that their worries were not unfounded.

After a wild 8 years, Facebook’s former VP of communications is switching to venture capital investm...
The US is sending 5,000 troops to the border. Here’s what they can and can’t do.
Biden’s Covid-19 relief plan has a Medicaid expansion problem
Trump attacks Jimmy Fallon on Twitter and tells him to “be a man”
Vox Sentences: Kavanaugh’s final countdown
The Archive of Our Own just won a Hugo. That’s huge for fanfiction.