Google’s head of HR is stepping down, but that won’t fix the company’s internal problems 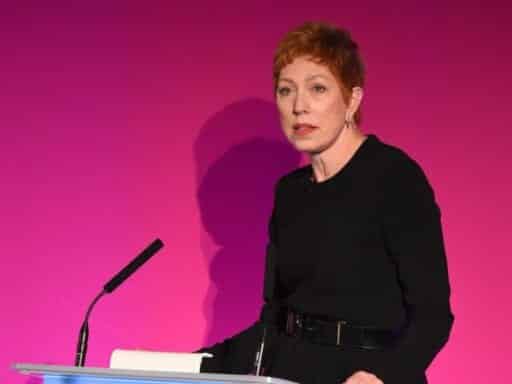 Eileen Naughton is stepping down as many at the company continue to criticize the search giant for not listening to workers’ concerns.

Eileen Naughton, who oversaw Google’s HR department during a time of intense controversy around how the search giant treats its employees, is stepping down.

Executive leadership changes happen at major companies all the time — but at Google, Naughton’s move is notable because she was a key figure responsible for dealing with an unprecedented level of internal employee turmoil and dissent. In recent years, Google workers feuded among themselves and with management over issues ranging from the company’s alleged mishandling of executive sexual harassment cases to its crackdown on employee speech in the workplace. Naughton is also the fourth long-tenured Google executive, including the company’s cofounders, to step down from an executive position or resign altogether in recent months.

But Naughton, who has worked at Google for 13 years and oversaw the People Operations team (what Google calls HR), says she’s stepping down for personal reasons, to be closer to her family in New York. Fortune first reported the move, which Google confirmed to Recode.

“My husband and I have decided — after six years on the road, first in London and now San Francisco — to return home to New York to be closer to our family,” Naughton wrote in a statement that Google sent to Recode. “I’m at the very beginning of the process, and wanted to let everyone know upfront, as I’ll be working with Sundar and Ruth to find a great leader for the People Operations team.”

Google’s leadership praised Naughton’s accomplishments. Google shared the following statement from Alphabet (Google’s parent company) CEO Sundar Pichai: “Over the past 13 years, Eileen has made major contributions to the company in numerous areas, from media partnerships, to leading our sales and operations in the UK and Ireland, to leading our People Operations team through a period of significant growth — during which over 70,000 people started their careers at Google. We’re grateful to Eileen for all she’s done and look forward to her next chapter at Google.”

Under Naughton’s leadership, Google’s historically radically open culture of letting employees freely debate controversial topics — including those involving the company itself — has changed. Management has limited employees’ opportunity to publicly ask leadership tough questions; it’s instituted stricter rules around what workers can say on internal message boards; and it’s fired employee activists who were openly critical about the company’s contentious projects such as its contracts with US immigration agencies (Google denies they were let go for political reasons).

Software engineers have historically thought of Google as a dream employer. That’s not just because of its competitive pay and prestige as a top tech giant, but because it encouraged employees to publicly debate their opinions, no matter how controversial. Some employees have criticized or even left Google over what they view as a radical departure from that ethos.

It’s unclear exactly what role Naughton played in shaping these culture and policy shifts, but she played a key role in implementing them. Some Google employees and former employees questioned whether she’s a scapegoat for what they perceive as mismanagement at the company. But either way, her role shift is a sign that Google’s leadership is changing, at the same time that it’s facing intense criticism by its employees over decisions ranging from paying out multimillion dollar exit packages to executives accused of sexual harassment by employees, to building a (now paused) censored search product in China, to attempts to shut down talks of unionization. The company has also faced criticism from a small group of conservative employees who they say they were punished for voicing their political beliefs.

Several employee activists welcomed the news of Naughton stepping down, but argued that it won’t solve the company’s problems around how it treats it employees.

“She oversaw a significant crackdown on legally protected worker organizing, and it’s great that she’s stepping down,” Meredith Whittaker, a former Google employee activist who now leads the AI Now Institute. “But she’s not the problem. The problem is a company that puts the interests of shareholders and executives over equity and the safe and ethical application of its technologies.”

Google has repeatedly denied limiting legally protected workplace speech, and is currently the subject of an investigation by the National Labor Relations Board related to four employees Google recently fired who were involved in workplace activism.

It’s worth noting Naughton wasn’t head of HR at Google when the most well-known cases of alleged executive sexual misconduct took place there, such as when the creator of Android mobile software, Andy Rubin, allegedly sexually coerced an employee (which Rubin denies), and was reportedly paid $90 million in a severance package. Since 2016, the company says it’s fired 48 employees for sexual harassment and given them no exit packages, and that it’s improved its processes for reporting such issues. The company also ended forced arbitration, a practice that prevents workers from taking their employer to court, for all full time employees. But the company has continued to face internal criticism for allegedly retaliating against employees who report workplace harassment cases, as Recode has reported — under Naughton’s watch.

Naughton has established some workplace standards for US temporary staff and contractors who work on behalf of Google, including requiring their direct employers to pay a $15 minimum wage and provide healthcare, according to a spokesperson for the company. Yet many of these third party contractors are still bound under third party arbitration agreements which prevent them from taking their employer to court over issues like discrimination or harassment.

Ultimately, the company has yet to fully address many of the alleged systemic issues employees have raised in the past few years. Naughton’s departure isn’t going to change that — but it is a sign that times are changing at the top at Google.

Those who like government least govern worst
The reports about Russian meddling in the 2020 election, and Trump’s response, explained
What Trump said about Covid-19 in private versus what he said in public
November 2019 Democratic debate
Next time someone sends you fake news, share these essential tips
There are zero reasons why 13 Reasons Why’s third season should exist