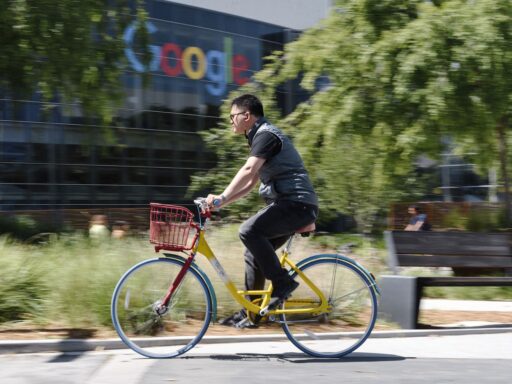 The new Alphabet Workers Union is an important step forward, but it has a long road ahead.

On Monday morning, more than 220 Google tech employees announced they have formed a union. This serves as a sign that worker activism is still kicking at Google, as the company faces political scrutiny over its size and power over the economy. But in a company of more than 100,000 employees, the new union is trying to grow membership significantly to exert meaningful force on Google’s management

The new group, the Alphabet Workers Union, is open to all workers at Google and its parent company, Alphabet. A team of seven internally elected Google workers is leading the effort, with the support of the Communication Workers of America (CWA), a national union that has previously organized workers in the video game, telecom, and banking industries.

The announcement of the union, first reported by the New York Times, represents one of the first times white-collar workers at a major US tech company have officially moved to unionize. For the past few years, internal tensions have been brewing in Google’s workforce over issues ranging from the company’s military contracts to sexual harassment scandals to pay equity. After nearly a year of organizing in private, the workers finally made their organizing public with the vote announced Monday.

The vote comes at a time when Google’s work culture is at a crossroads. The company has long had a history of allowing open dissent and debate among its staff, making it more permissive than other corporations of its size. But after the recent controversial departures of AI researcher Timnit Gebru — Gebru says she was fired, Google says she resigned — and several other prominent former employees who raised ethical concerns about the company’s work and culture in the past few years, many Google employees are worried that workers’ freedom has been jeopardized.

“It felt like in the last two years there’s been a concerted effort to get rid of the culture and to silence the ability for workers to disagree with the executives,” said Chewy Shaw, the vice chair of the Alphabet Workers Union and a Google engineer who has worked at the company since 2011. “A union is the best way we can make sure to keep this environment that follows our values and takes care of all of the employees in a fair way.”

Google did not respond to a question about whether management will voluntarily recognize the new union.

“We’ve always worked hard to create a supportive and rewarding workplace for our workforce. Of course our employees have protected labor rights that we support. But as we’ve always done, we’ll continue engaging directly with all our employees,” Kara Silverstein, Google’s director of people operations, said in a statement in response to the union announcement.

While many worker-organizing attempts center around bread-and-butter labor issues like pay, overtime, and safety conditions, the issues at Google have also focused on ethical issues around how the company runs its business, like whether not Google should be making software used in warfare or border patrol.

The new union is a notable step in tech workers trying to exert more control over the companies they work for. But there’s still a long way to go before the union has the kind of power it will need to move management on key issues like contractor pay, ethical AI research, or alleged retaliation against outspoken employees.

For starters, the union has no way of forcing Google’s management to come to the bargaining table. This is because the union doesn’t currently have an officially recognized bargaining unit under US labor law. Normally, a union establishes power by getting a majority of employees in a bargaining unit (a group of employees divided by some common factor, usually role or location) to formally vote for a union. Once management recognizes the union — either voluntarily or by legal force — management is obligated to negotiate a contract with union leaders in good faith.

In the meantime, leaders say they hope to reach out directly to more employees, add organizational structure by creating new committees devoted to key worker issues, and form coalitions with former Google employees who were involved in activism.

What’s next for union organizing at Google

This is not the first time workers have attempted to organize at Google or in the tech industry as a whole. In 2019, Recode first reported that Google workers in Switzerland held a talk on unionization despite management’s efforts to shut it down, that more than 2,000 Google cafeteria workers unionized, and that dozens of white-collar contractors for Google, who are not directly employed by the company, formed a union. Smaller tech companies like Kickstarter and Glitch have also recently seen their tech workforces unionize.

The fact that the Alphabet Workers Union has pulled off a campaign to organize Google tech workers — even if it’s only around 220 people at the outset — is unprecedented. And if it continues to gain traction, it could present a serious internal challenge to management at a time when the company is facing external scrutiny from the US government over antitrust and political concerns.

Some Google employees who have been involved in worker organizing in the past, such as Amr Gaber, one of the leaders of the historic Google walkout, have expressed doubts about the union’s efforts. Gaber told the Times that he feels leaders of the union were “more concerned about claiming turf than the needs of the workers” on an organizing phone call.

Overall, though, many prominent tech worker activists, including former Google employees, have been supportive. Leaders in tech activist circles such as Gebru, Meredith Whittaker, another leader of the Google walkout and former Google employee, and former Google engineer and employee activist Liz-Fong Jones, all posted on social media encouraging the union. US Sen. Elizabeth Warren also tweeted support on Monday morning, showing that the union has already garnered political backing from politicians who are shaping regulation in the tech industry.

Union leaders didn’t have an update on how many colleagues have signed on after today’s announcement. The real test of the union’s strength in the months — or even years — to come will be whether it can gain the numbers it needs to make a sizable impact.

The US doesn’t just need to flatten the curve. It needs to “raise the line.”
Juice Wrld helped define Soundcloud rap through vulnerability, debauchery, and mortality
Harvey Weinstein has been sentenced to 23 years in prison
WeWork is shutting down a restaurant coworking startup it acquired only 4 months ago
The Lost Year: Exercise in quarantine, keeping a business alive, and the unusual intimacy of Zoom
Democratic voter drop in Kentucky historic? Maybe