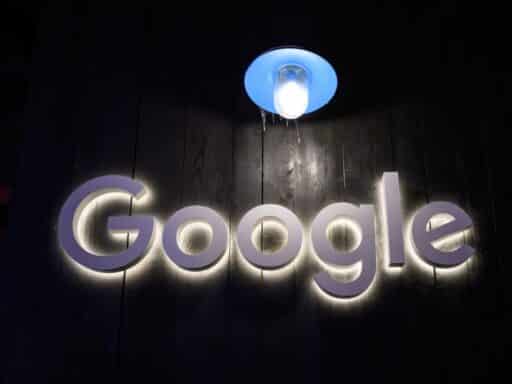 The search giant is facing lawsuits from attorneys general in most US states.

Two antitrust lawsuits have been filed against Google in two days. That makes a total of three antitrust cases against the search giant, including one filed in October by the Department of Justice.

This latest legal action filed Thursday by the attorneys general from 35 states accuses Google of using anti-competitive behavior to maintain its search and search advertising monopolies. The spate of lawsuits follows years of criticism from competitors, lawmakers, and activists about Google and other big tech companies like Facebook that have for years been accused of employing anti-competitive practices.

Each case has a slightly different angle and is brought by a different group of states and governing bodies.

The latest case, like the one from the DOJ, focuses on Google search. It alleges that Google used three forms of anti-competitive conduct to keep its search and search ad monopolies. Those include deals with competitors like Apple to keep it as a default search engine, using its search ad marketing tool to thwart competitors in its marketplace, and disadvantaging search results for rivals who operate more specialized search platforms like those for travel or restaurants.

“Google takes advantage of certain specialized vertical providers’ dependence on Google, treating them differently than participants in other commercial segments and further limiting their ability to acquire customers,” the report reads.

While both this and the Justice Department case focus on the search and search ad monopolies, the lawsuit from the state attorneys general builds on and is broader than the DOJ case. “[T]his Complaint alleges additional facts demonstrating a broader pattern of Google’s anticompetitive conduct, harming consumers, advertisers, and the competitive process,” the complaint reads.

It also carries support from a bipartisan group of attorneys general, unlike the DOJ case which only had the support of Republican AGs.

“Google sits at the crossroads of so many areas of our digital economy and has used its dominance to illegally squash competitors, monitor nearly every aspect of our digital lives, and profit to the tune of billions,” said New York Attorney General Letitia James, a Democrat, who helped lead the case.

The latest suit differs from the one filed yesterday by a group of 10 Republican state attorneys general alleging anti-competitive practices related to its ad technology. Texas Attorney General Ken Paxton, a Republican, led the investigation into Google and announced the lawsuit in a video posted to Twitter a few hours before the lawsuit was filed.

“Google repeatedly used its monopolistic power to control pricing, engage in market collusions to rig auctions in a tremendous violation of justice,” Paxton said in the video.

The lawsuit alleges that Google engaged in a wide variety of anti-competitive behavior to create and maintain its monopoly power in digital ad markets and keep out competitors. It also alleges that Google and Facebook illegally agreed not to compete with each other. This could be an especially damaging count against both companies, as Section 1 of the Sherman Antitrust Act forbids two companies to collude in such a way, and such cases tend to be easier to prove in court.

“In addition to representing both the buyers and the sellers of online display advertising, Google also operates the largest exchange AdX,” reads the lawsuit, which was filed by Republican attorneys general in Arkansas, Idaho, Indiana, Mississippi, Missouri, North Dakota, South Dakota, Utah, and Kentucky, as well as Texas. “In this electronically traded market, Google is pitcher, batter, and umpire, all at the same time.”

This is akin to the New York Stock Exchange also controlling the buying and selling of stocks, according to Sally Hubbard, director of enforcement strategy at the Open Markets Institute and author of Monopolies Suck.

“They’re getting information that they shouldn’t have if the market is supposed to be properly functioning,” Hubbard told Recode. “We don’t tolerate this in other sectors.”

Google spokesperson Julie McAlister told the New York Times that “Attorney General Paxton’s ad tech claims are meritless” and that the company “will strongly defend ourselves from his baseless claims in court.”

This lawsuit is the first to focus on Google’s dominance in ad tech. More specifically, it says that Google uses its market power to “extract a very high tax of [redacted] percent of the ad dollars otherwise flowing to the countless online publishers and content producers like online newspapers, cooking websites, and blogs who survive by selling advertisements on their websites and apps.” In turn, these businesses pass costs on to consumers, causing them harm, according to the lawsuit.

Last year, Google brought in nearly $162 billion in revenue, the vast majority of which came from advertising. Google controls nearly a third of all digital ad spending in the US, according to eMarketer. Since its tools dominate all parts of the ad process, Google is said to have unfair visibility that allows it to maintain its dominance, according to the Wall Street Journal’s Keach Hagey and Vivien Ngo, who last year explained how Google’s ad tech works and why publishers and rivals have long complained about it.

Meanwhile, Paxton, the Texas attorney general, has recently made news for filing a specious lawsuit against swing states in an effort to overturn the results of the presidential election. He lost the lawsuit but, the Atlantic argues, won in an effort to bolster his political career and distract from his own legal troubles, including securities fraud and felony counts he faces for allegedly trying to get investors to buy stock in a company without telling them he got a commission for it.

The two cases launched by state attorneys general follow a similar volley of legal action from a federal level. In October, the Justice Department and 11 states filed a lawsuit against Google, alleging that the company used its search dominance to preserve its other monopolies, including advertising. The suit also claimed that Google was paying some companies and blocking out others to maintain its lead over competitors. Google pays Apple billions of dollars a year, for example, to make its search engine the default in the Safari web browser.

The DOJ says that Google has a monopoly over search in the US, where Google controls 90 percent of the market. And because it’s free to use Google search — consumers pay for the service by giving the company their personal data — the government’s antitrust case is built on the idea that Google’s dominance results in less competition, which could lead to lower-quality products.

“If the government does not enforce the antitrust laws to enable competition, we could lose the next wave of innovation,” Justice Department spokesperson Marc Raimondi said in a press briefing. “If that happens, Americans may never get to see the next Google.”

Google is hardly the only big tech company facing scrutiny from government regulators. Earlier this month, the Federal Trade Commission and 48 states filed a suit against Facebook, saying that its acquisitions of Instagram and WhatsApp amounted to anti-competitive practices that harm consumers. And ahead of that case, Amazon, Apple, Facebook, and Google were the subjects of a 400-page report from Democrats on the House Judiciary Subcommittee on Antitrust. The report argued that these, the four biggest tech companies in the world, abused their power as gatekeepers to the industry and that new regulations should rein them in.

“To put it simply, companies that once were scrappy, underdog startups that challenged the status quo have become the kinds of monopolies we last saw in the era of oil barons and railroad tycoons,” the report’s introduction states.

Whether any of these lawsuits will effect meaningful change remains to be seen. Antitrust cases are notoriously difficult to win, and some argue that it could be difficult to prove that the dominance of these massive tech companies actually harms consumers. Google providing a powerful search tool and streamlining the digital advertising marketplace, for instance, benefits many users. But the sheer number of antitrust cases against Big Tech that have been launched in the final months of this year suggests that the government at least thinks there’s a chance for change.

Resolving these cases will not be a quick affair, by the way. The government’s case against Microsoft, which started in 1998, went on for years. It’s also hard to compare now to then. Based on the huge and ever-expanding role Big Tech companies play in our lives today, the cases being brought this year are even larger and more complex.

Jeff Sessions is pushing asylum officers to reject more migrants. Will they go along?
Biden’s National Security Council to get a key human rights official
Pete Buttigieg wants reparations and citizenship for separated immigrant families
Environmental racism is dangerous. Trump’s EPA doesn’t seem to care.
The Senate represents states, not people. That’s the problem.
A sleep expert has some tips for your quarantine insomnia