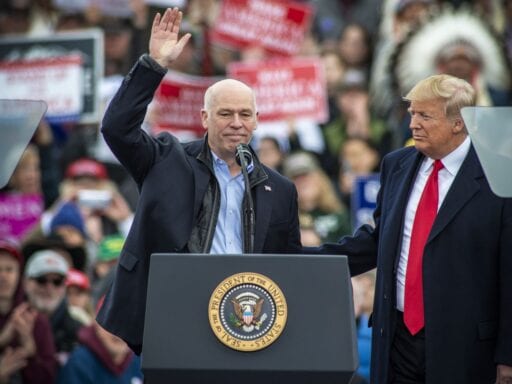 Rep. Greg Gianforte has won the gubernatorial election in Montana, bringing an end to 16 years of Democratic leadership in a state that skews heavily Republican at the presidential level.

Gianforte will replace Steve Bullock, who led Montana for the last eight years before deciding this year to challenge Republican Sen. Steve Daines. Brian Schweitzer, another Democrat, served as governor from 2005 to 2013.

But this year, Montana has decided to go in a new direction, choosing Gianforte over Bullock’s lieutenant governor, Mike Cooney. Cooney is a fourth-generation Montanan whose children all also live in the state, and he tried to paint the multimillionaire Gianforte as not sufficiently Montanan — an approach that ultimately was not successful.

Gianforte was first elected to Congress in a special election in 2017, held after President Donald Trump appointed the previous officeholder, Ryan Zinke, as secretary of the interior. Gianforte won his 2017 election by 6 points, though his next race was closer.

The night before that election, Gianforte made national news when he body-slammed a reporter from The Guardian. Gianforte was charged with misdemeanor assault, but that didn’t stop Trump from praising him at a 2018 rally in Montana, saying “any guy who can do a body slam, he is my type!”

In early October, Emerson Polling showed Gianforte with a 13-point lead over Cooney, though other polls had the race much closer. Sara Rinfret, a Montana pollster and a professor at the University of Montana, told Vox the race was tight going into election season. Montana is reliably red in presidential races, but as Rinfret explained, it’s actually fiercely independent — down-ballot races are usually much more competitive. Entering the 2020 election season, Montana had one US senator from each party, a Republican US House member, and a Democratic governor.

“I often categorize Montana as purple, and definitely very independent,” Rinfret said. “You might vote for a Republican in one race and a Democrat in another. It’s very individualistically driven. People vote depending on what’s going on at the time.”

Montana is the fourth-largest state in the US by area, and as Kathleen McLaughlin explained in the Washington Post, political attitudes frequently vary by location. Bozeman, home to Montana State University, has shifted to the left as it has grown, while the northwestern town of Kalispell and its surroundings has become more conservative.

Gianforte’s victory comes despite declining approval ratings for his job in Congress. Montana has a statewide mask mandate in response to the Covid-19 pandemic, but Gianforte has attended several events without a mask, including a concert in early October where he was around people who later tested positive.

With Gianforte in office, Republicans will now control both branches of the state legislature and the governor’s mansion — possibly putting moderate policies on issues like health care, funding for public schools, and labor protections at risk.

What Trump got right — and wrong — with North Korea, explained by a former intel official
Alexandria Ocasio-Cortez wins an upset and her supporters want the media to say her name
The US reportedly ordered millions of N95 masks from unproven suppliers
Is there a humane way to boil lobsters alive? One woman thinks it’s by getting them high.
A week later, President Trump is still defending North Korea agreement
Vox Sentences: Action against the “murderous operation” in Myanmar