Greta Thunberg became a climate activist not in spite of her autism, but because of it 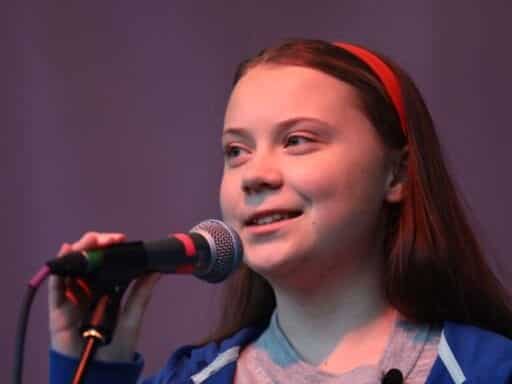 Reading Greta Thunberg’s speech addressing the UN Climate Action Summit on Monday, it’s hard not to think of Cassandra, the brash young warrior of Greek myth who beseeched Apollo for the gift of prophecy. The petulant god granted her wish, but then punished the girl by decreeing that her predictions would be ignored “as idle wind in the hearers’ ears.”

“You have stolen my dreams, my childhood, with your empty words,” said the 16-year-old environmental activist, who has become the stern face of a global movement of young people enraged by the idea that careless decisions made by their parents’ generation will doom them to an apocalyptic future. “We are in the beginning of a mass extinction, and all you can talk about are your fairy tales of money and eternal economic growth.”

A poet wrote that as Troy was sacked by the Achaeans, just as Cassandra had predicted, the spurned oracle roared “like a lioness,” but Thunberg’s style is more low-key and surgical. “You only speak of green eternal economic growth because you are too scared of being unpopular,” she told the attendees of the United Nations’ COP24 conference in Poland in December. “You only talk about moving forward with the same bad ideas that got us into this mess, even when the only sensible thing to do is pull the emergency brake. You are not mature enough to tell it like is. Even that burden you leave to us children. But I don’t care about being popular. I care about climate justice and the living planet.”

Thunberg’s fearless rhetoric has proven to be enormously influential. After Thunberg shamed the members of British Parliament in April, following a successful lobbying effort by Jeremy Corbyn’s Labour Party and a wave of protests in London by activists calling themselves the Extinction Rebellion, British lawmakers declared the climate crisis an “emergency” on May 1. They then signed a target of net-zero greenhouse gas emissions into law.

On Friday, Thunberg and other youth organizers led an estimated 4 million young people in over 150 countries protest for the Global Climate Strike, likely the largest environmental protest in history. And they will march again on Friday, September 27.

Thunberg also wields her considerable moral authority at home. Her mother, Malena Ernman, a celebrated opera singer, has opted to travel by train and bicycle instead of flying to her performances, and Thunberg has persuaded her parents to eat mostly vegan. How did she do it? “I made them feel guilty,” she told an interviewer. That’s her way: no nonsense, no vacuous chitchat before getting to the point — there is no more time for hand-waving, dithering, and compromise on climate.

Thunberg makes a radical statement about autism through her climate activism

Bluntness is also the way of many people on the autism spectrum, and both Thunberg and her young sister Beata have been diagnosed with autism and ADHD. A few years ago, Thunberg’s ascent to fame likely would have been framed in the media as that of an inspiring young girl “overcoming” her disability to become the leader of a worldwide movement. But Thunberg herself makes a different, more radical argument: that she became an activist not in spite of her autism but because of it.

“I see the world a bit different, from another perspective,” she explained to New Yorker reporter Masha Gessen. “It’s very common that people on the autism spectrum have a special interest. … I can do the same thing for hours.” Thunberg discovered her special interest in climate change when she was just 9 years old, and she couldn’t understand why everyone on the planet wasn’t similarly obsessed with preventing it.

A visceral feeling of repulsion toward deceit and hypocrisy is also common among people on the spectrum. As Thunberg told the BBC, “I don’t fall for lies as easily as regular people, I can see through things.” She has a particular contempt for the professional propagandists and apologists who prop up the fossil fuel industry and discourage the development of renewable energy resources, dismissing UK claims about reductions in carbon emissions as the result of “very creative accounting.”

”You don’t listen to the science,” she went on, “because you are only interested in the answers that will allow you to carry on as if nothing has happened.”

Indeed, Thunberg is not the only person with autism in public life raising her voice in defense of the Earth at this critical juncture in history. Another teen on the spectrum, Dara McAnulty in Northern Ireland, is also an outspoken climate activist, as well as being one of the most lyrical nature writers on Twitter at age 15. In 2017, autistic naturalist and TV presenter Chris Packham “came out” about his diagnosis in a candid BBC documentary called Asperger’s and Me. “What these protesters are saying is think about tomorrow,” Packham said recently in a video for Extinction Rebellion. “That’s what our politicians are not doing.”

People with autism have been ignored and condemned throughout history

Being autistic does not protect these environmental advocates from the usual attacks leveled against anyone who raises the alarm about the oncoming climate catastrophe; instead, it gives the trolls another angle of attack.

In one particularly egregious recent example, Brendan O’Neill, the British editor of a webzine called Spiked, trotted out a hit parade of toxic stereotypes in a crass attempt to paint Thunberg as a “millenarian weirdo” with a “monotone voice” and a “pre-modern” lack of affect. (One of the deep-pocketed funders of Spiked is Koch Industries, a hothouse of climate change denialism.) Meanwhile, a recent court victory by Packham’s Wild Justice, a nonprofit he set up to defend threatened species, inspired bullies to send him death threats and string up dead birds on his garden gate (prompting a characteristically cheeky response from Packham).

Though it’s rarely discussed in the clinical literature, the fact that some people on the spectrum feel an intense connection to the natural world has been known for a long time. My history of autism, NeuroTribes, explores how autistic scientist Temple Grandin’s love for animals inspired her to become a designer of more humane technology for the livestock industry (though I doubt vegan Thunberg would approve). In one of the first case reports of Asperger’s syndrome from 1954 — long before there was a name for it — a boy teaches himself the names of the plants that flourished around the residential facility where he was forced to live, while offering lectures on nuclear fission and corporate finance to his peers.

Many people with autism throughout history have been ignored and shunted to the margins of society, and condemned as weird, insane, or worse. But the idea that people like Greta Thunberg have valuable insights not in spite of their autism but because of it is gaining ground as part of a global movement to honor neurodiversity, a word based on the concept of biodiversity — the notion that in communities of living things, diversity and difference means strength and resilience. Great minds, in other words, don’t always think alike. It’s not surprising that people who feel an intuitive love for nature and an instinctive disdain for dishonesty are now taking leadership positions in the global fight against climate change.

Unlike Cassandra’s dire warnings to the doomed occupants of Troy, Thunberg’s words are getting picked up and amplified by media around the world, which is a sign of hope. She is also being recognized as a major influencer by political leaders, and has been nominated for a Nobel Peace Prize. Freddy André Øvstegård, a member of Norwegian parliament who submitted Thunberg’s name for the prestigious award, told the international news agency AFP, “If we do nothing to halt climate change, it will be the cause of wars, conflict, and refugees. Greta Thunberg has launched a mass movement which I see as a major contribution to peace.”

Her emergence on the world stage has been particularly meaningful to other autistic people and their families, says Ari Ne’eman, who co-founded the Autistic Self Advocacy Network and is the author of the forthcoming book The Right to Live in This World: The Story of Disability in America. “It’s noteworthy that Thunberg has chosen to be open about being autistic, because by being openly autistic while serving in positions of leadership, autistic people can help transform how society views us, opening up opportunities for other autistic people around the world,” he says. “By being proudly autistic in our moments of excellence as well as our moments of struggle, we help to change the public image of autism and tell the world that we have much to offer.”

As deceit and hypocrisy reign at the highest levels of the debate about how best to tackle climate change, we need more warriors like Greta Thunberg and Chris Packham on the front lines.

Steve Silberman is the author of NeuroTribes: The Legacy of Autism and the Future of Neurodiversity. He is @stevesilberman on Twitter and lives with his husband in San Francisco. A version of this piece was first published in May.

Trump’s Colorado rally featured an extended meltdown over 30 seconds of critical Fox News coverage
The $35 million play to fix Democrats’ data problem is shutting down
Why Democrats want you to make a plan to vote
Can populist economics coexist with pro-immigrant policies?
Trump signs an executive order on prosecuting those who destroy monuments
All the things Trump talked about at his rally instead of Manafort or Cohen