Half of Republicans say increased racial diversity will be “mostly negative” 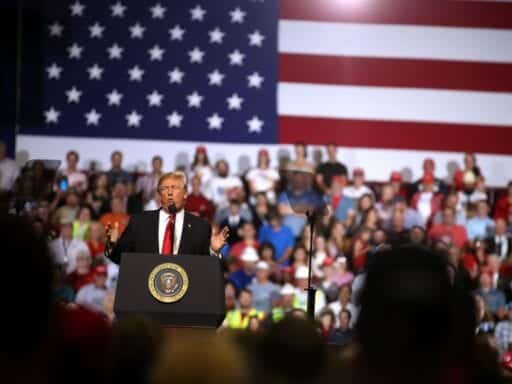 Most Americans — and Democrats in particular — disagree.

A recent survey from the Public Religion Research Institute (PRRI) and the Atlantic asked Americans how they feel about the possibility, based on US Census data, that in the next few decades black, Latinx, Asian, and other minority groups will together surpass white Americans as the demographic majority. Sixty-four percent of Americans, including 85 percent of Democrats, said this will have “mostly positive” results. But half of Republicans said it will produce “mostly negative” outcomes.

The survey, which in June polled more than 1,000 people nationwide as well as hundreds of people in five states, is not the first to produce this kind of finding — with previous research suggesting that racial anxiety and outright racism are major animators for Republicans and, specifically, supporters of President Donald Trump.

One study, conducted by researchers Brenda Major, Alison Blodorn, and Gregory Major Blascovich shortly before the election, found that if people who strongly identified as white were told that nonwhite groups would outnumber white people by 2042, they became more likely to support Trump.

A separate study, published last year by Brian Schaffner, Matthew MacWilliams, and Tatishe Nteta, found that voters’ measures of sexism and racism correlated much more closely with support for Trump than economic dissatisfaction after controlling for factors like partisanship and political ideology.

So what’s going on here? Some of this might be outright racism — a concern that white people are losing a country that they believe should belong to them. There are also concerns, as Jane Coaston wrote for Vox, about “white genocide,” the idea that white people are being slowly, systematically wiped out by demographic changes.

Arlie Hochschild, a sociologist and author of Strangers in Their Own Land, provided an apt analogy for how many white Republicans feel: As they see it, they’re all in a line toward a hill with prosperity at the top. But over the past few years, globalization and income stagnation have caused the line to stop moving. And from their perspective, other groups — black and brown Americans, women — are now cutting in the line because they’re getting new (and more equal) opportunities through anti-discrimination laws, policies like affirmative action, and immigration.

There also may be some political self-preservation at play: Minority groups tend to vote Democrat more than Republican, so the growth of these minority groups could hurt GOP electoral opportunities — and Republicans, unsurprisingly, don’t want that.

Trump has cashed in on these concerns. When he reportedly said that he doesn’t want people coming in from “shithole countries” like Haiti and African nations, but did want people from “countries like Norway,” he was signaling that the US could use more people from white-dominated countries versus majority-nonwhite nations. It’s one of the issues he’s referring to when he makes comments about how “if you don’t have a border, you don’t have a country” — raising concerns that letting in people from predominantly nonwhite countries could essentially wipe out America as we know it.

What Ruth Bader Ginsburg’s death means for the Supreme Court’s Obamacare case
Biden’s flurry of first-day executive actions, explained
How Lana Del Rey’s career explains a huge shift in the way we think about pop stars
The Hunt for the Trump Tapes With Tom Arnold, explained
What happens if a presidential nominee gets the coronavirus?
How to watch Trump’s speech at the UN General Assembly