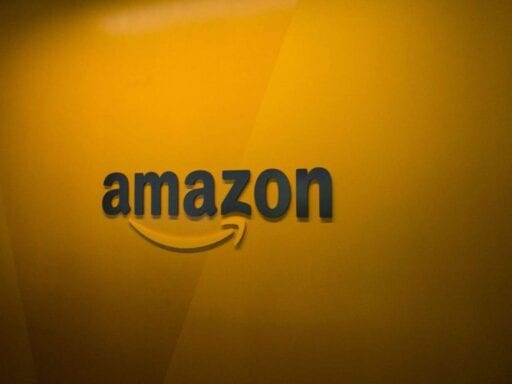 It’s all fun and games until Amazon pushes out its competitors and can charge you whatever it wants.

But the reason Prime Day is such a big deal — Amazon sells so many different products to so many people that it can basically invent its own midsummer version of Black Friday, and everyone will go along with it — is the reason some experts worry about the company’s impact on the economy in the long term.

Amazon has its tentacles in various industries — retail, cloud services, grocery, content, ebooks, home assistants, and, most recently, pharmacy — and has financial leeway that allows it to take risks where its competitors cannot. Right now, that translates to low prices and convenient services that keep consumers happy — including during its annual discount-fest.

Amazon’s sheer size has put the company on the radar for antitrust concerns in Washington and on Wall Street for quite some time: The Seattle-based company is expected to be responsible for about 49 percent of all US e-commerce sales in 2018, though it’s still just 5 percent of all retail sales.

Because US antitrust law is currently interpreted to hinge largely on whether a company’s practices harm consumers, regulators have generally steered clear of getting in Amazon’s way as it grows, as they have other tech companies.

Still, many experts say there’s cause for concern about Amazon in retail and beyond. There’s a prospective future in which Amazon has throttled its competitors to establish total market dominance — and then charge whatever it wants.

“Amazon’s dominance poses a question of how comfortable we are with more and more of our commerce going through a single company,” Lina Khan, director of legal policy at the Open Markets Institute think tank and the author of a widely read paper criticizing Amazon, told me in an interview. “If Jeff Bezos wants to tax all of our economy, are we okay with that?”

An Amazon spokesperson declined to speak on the record for this story.

The more market power Amazon gets, the more of a threat it poses

Amazon’s retail business still isn’t the real moneymaker. Its cloud services solution, Amazon Web Services (AWS), has represented the bulk of its profits for years. That, plus the long leash from Wall Street, allowed it to slash retail prices.

This could be one reason that while Amazon may be a fierce competitor, it’s a competitor people love — it consistently ranks as one of the most liked brands in the United States. More than 100 million people have signed up for its Amazon Prime service, and it is an increasingly central part of many consumers’ lives.

And the company is ambitious. It owns Whole Foods and just bought the online pharmacy Pillpack, and it’s building out its streaming content platform.

For years, the company — which Bezos founded in 1994 — has had an ethos of prioritizing growth over profits. After it went public in 1997, Wall Street largely accepted losses and razor-thin profits quarter after quarter with the expectation that Amazon would ultimately be a good bet. It has been: Amazon’s stock price has multiplied five times over in the past five years, and it saw $1.9 billion in profits in the last three months of 2017 alone.

The more Amazon grows, though, the more potentially dangerous it becomes for customers, suppliers, competitors, and workers alike.

“Amazon has become such a preferred location, a preferred online shopping space, that if Amazon is competing with somebody else, that somebody else nevertheless has to advertise on Amazon, and so Amazon is in the position to find out its competitors’ pricing and choose to undercut the pricing if they wish,” said Tom Campbell, a professor at Chapman University and the former director of the Bureau of Competition at the Federal Trade Commission.

That’s what happened with Quidsi, an e-commerce company that ran six shopping sites, including Diapers.com. Amazon tried to buy Quidsi in 2009. When the company’s founders declined, Amazon cut its prices for diapers and other baby products and launched a new service, Amazon Mom. Investors got nervous about continuing to put money into Quidsi given the new competition from Amazon, and in 2010, Quidsi agreed to the acquisition. Amazon shuttered Diapers.com last year.

Further complicating the matter is that Amazon is an increasingly vertically integrated company — it doesn’t just sell other companies’ products but manufactures and sells goods of its own. That could harm competitors as well: Amazon has the opportunity to see which goods are doing well from third-party sellers and then use that insight to swoop in and start selling them itself.

For consumers, this could eventually be bad news. The fewer competitors there are, the more space Amazon gets to control prices, including increasing them if it wants. If you love Amazon now because the things you buy there are so cheap, you might feel differently about it if it’s the only place you can shop for the things you need — and therefore it can charge you whatever it wants.

“Amazon isn’t drawing as much consumer concern now because it delivers such a transformative convenience in shopping,” said Gene Kimmelman, president of the open internet advocacy group Public Knowledge. “This would change if Amazon’s practices become more heavy-handed.”

For employees and suppliers, Amazon could become a monopsony power, meaning it could control, for example, what shipping companies such as FedEx and UPS charge it. In some geographic areas where it becomes a dominant buyer of labor, it could contribute to pushing employee wages down.

Making an antitrust case against Amazon right now is tough

Antitrust laws are competition laws and statutes meant to ensure fair competition and protect consumers from predatory business practices, such as unreasonable price hikes or poor services. They’re meant to guard against monopolies and ensure an open-market economy that lets new competitors break into industries.

But the way that US antitrust laws have been interpreted by regulators in recent history makes it hard to prove a case against Amazon — and many other companies that are just very big. Take the case of Quidsi and Diapers.com, which Khan raised in her Amazon antitrust paper. The company’s power, she wrote, sent a “clear message to potential competitors … that unless upstarts have deep pockets that allow them to bleed money in a head-to-head fight with Amazon, it may not be worth entering the market.”

Politicians and experts have also raised questions about Facebook’s and Google’s potentially monopolistic, anticompetitive natures, but in the US, regulators often don’t take mere size into account.

Campbell, the former FTC official, acknowledged that Amazon did indeed drive Quidsi to sell to Amazon, but there’s no proof yet that Amazon has a plan to recoup the money it lost in the battle by raising prices for consumers later down the line. Predatory pricing cases rely on a two-part equation: A company has to cut prices so low that it pushes out competitors, but there also needs to be evidence that it will recoup the losses from those low prices down the line.

University of California Berkeley professor Carl Shapiro succinctly demonstrated why in a 2017 paper. “Simply saying that Amazon has grown like a weed, charges very low prices, and has driven many small retailers out of business is not sufficient,” he wrote. “Where is the consumer harm?”

“The standards have become ridiculously high and too hard for plaintiffs to win predatory pricing cases,” Randy Stutz, associate general counsel at the American Antitrust Institute, said. Still, he cautioned that there are gray areas, such as what to make of Amazon’s ability to look over the shoulders of competitors selling on its platform: “There’s a question as to whether that’s, on some level, exclusionary or, on another level, it’s just hard competition that arguably benefits consumers.”

For some critics, this opens up a bigger question: Should whether a company’s practices appear good for consumers be the ultimate standard? Or should antitrust law take a heavier hand to stop such market dominance? Khan in her paper warned that current law underappreciates the risks of predatory pricing and the anticompetitive nature of business integration.

Amazon might not be a problem in the immediate future, but it could be eventually. And the more it grows, largely unchecked, the greater the risk becomes. The company seems to have set out to tax essentially as much of the economic activity in the United States as it can, and because the convenience it offers is so, well, convenient, consumers are largely prone to let it.

Despite some glitches on Prime Day, Amazon’s annual sale this year is poised to be its best ever. And its founder and CEO, Bezos, has a net worth that just hit $150 billion, making him the richest person in modern history.

Extinction Rebellion, the climate protesters disrupting London, explained
Vox Sentences: Redoing Brexit’s “only possible” deal
Trump is single-handedly trying to blow up international trade
NASA’s latest rover is our best chance yet to find life on Mars
Bloomberg’s first TV interview showed him to be exactly who progressives feared he was
Bestselling author Shea Serrano’s writing reads like a conversation. That’s not an accident.