Harry, Meghan, and the ghost of Diana: “What I was seeing was history repeating itself” 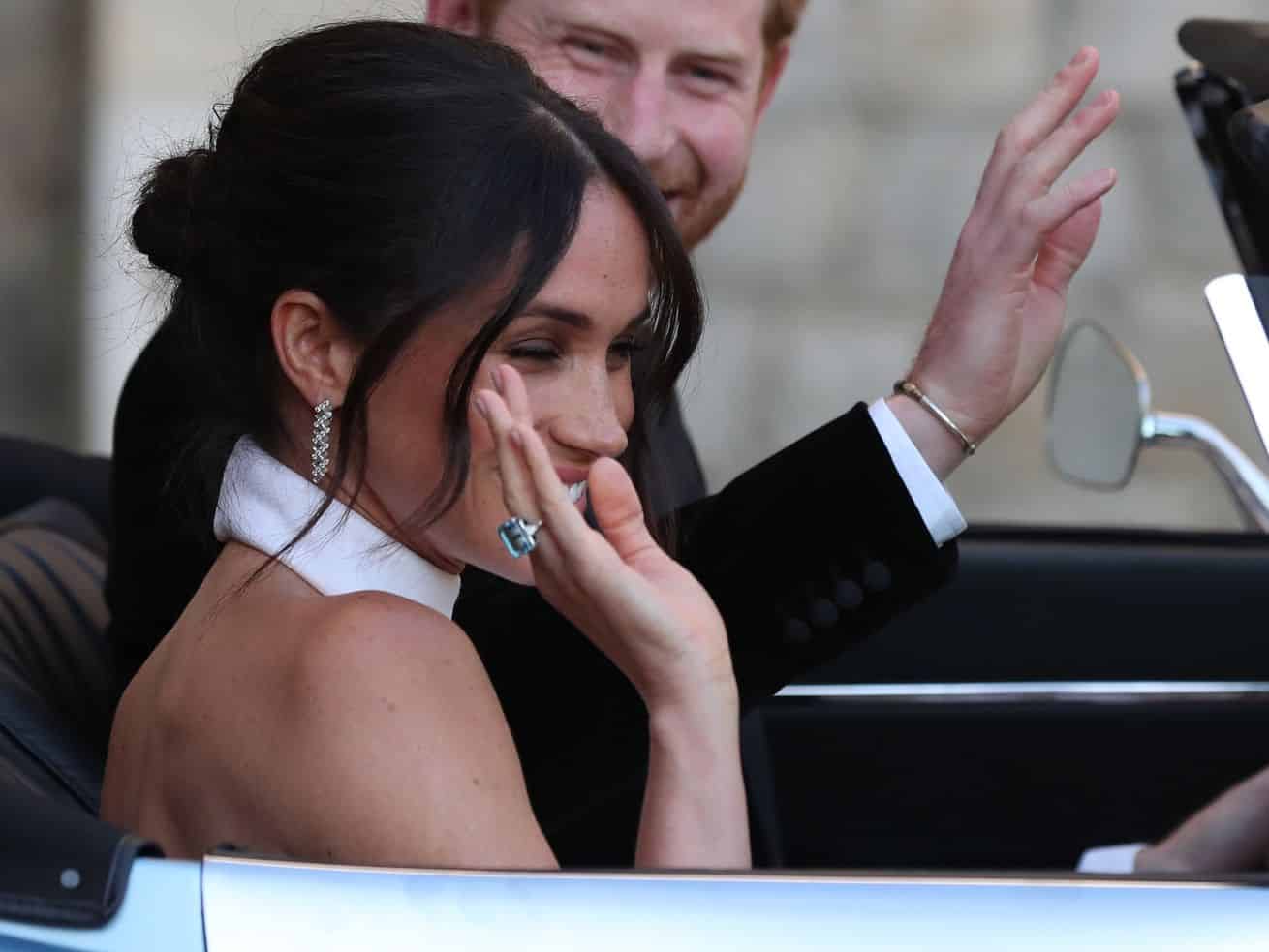 “What I was seeing was history repeating itself.”

There’s a story about Meghan Markle, Kate Middleton, and Princess Diana that feels like it should be fake because it fits the way we talk about them too well. This is how the story goes.

When Prince William proposed to Kate Middleton in 2010, he gave her Diana’s old engagement ring, the one Charles gave her after he proposed, when Diana was 19 and Charles was 32. It’s an enormous blue sapphire, said to be inspired by one of the brooches Prince Albert gifted Queen Victoria. Kate continues to wear the ring regularly, as seen in most photos taken of her out in public.

But when Prince Harry married Meghan Markle in 2018, he gave her another piece of jewelry from Diana’s collection: an emerald-cut aquamarine ring his mother commissioned from the British jeweler Asprey, using a stone her friend Lucia Flecha de Lima gave her following her separation from Prince Charles (to replace that sapphire engagement ring). Meghan wore it to her wedding reception.

And ever since then, Harry and Meghan have worked to align themselves with Diana’s legacy. Specifically, they have positioned themselves as heirs to the idea of Diana as the one who almost got out — the royal escapee whose freedom was tragically cut short.

During their much-discussed CBS interview with Oprah that aired March 7, Harry and Meghan further established that alignment, presenting a subliminal argument about Diana. They are carrying on her story, the part about freedom and escape, they suggested. And they are going to give Diana’s story a happy ending at last.

Meghan didn’t wear Diana’s aquamarine ring to the Oprah interview, but she did have on another token that belonged to her husband’s mother: one of Diana’s diamond bracelets. That choice set the tone for the conversation, invoking Diana’s ghost without even needing to mention her name. The explicit parallels would come later.

Because Diana was everywhere in the discussion. Early on, Meghan brought up Diana’s famous 1995 interview with Martin Bashir, when the princess — then separated from Charles — infamously said “there were three of us” in her marriage. Meghan was drawing an implicit parallel: Diana went to the press to speak hard truths about the royal family, and now she and Harry were doing the same thing.

The parallels kept coming. Meghan said that while she was struggling inside the walls of the palace with no help from her in-laws, she turned to an unnamed friend of Diana’s. (“Because it’s like, who else could understand what it’s actually like on the inside?” she told Oprah.) Harry repeatedly invoked the idea that Meghan’s trials within the royal family — press harassment, struggles with depression, lack of support — were exactly what his mother went through, only worse, because this time there was racism and social media trolls to worry about.

The pair mentioned the family’s attitude toward Meghan changing after their royal tour of Australia in 2018. And Oprah, leaping on the parallel, brought up The Crown, which in its just-aired fourth season depicts a jealous Charles becoming disenchanted with Diana after she “bedazzles” the populace on her own Australian tour. (Have Harry and Meghan watched The Crown? Oprah asked. Some of it, they said.)

“It was the first time that the family got to see how incredible she is at the job,” Harry said of Meghan. “And that brought back memories.” Memories, the implication was, of Diana.

Harry also said he was completely cut off financially after he stepped back from the royal family in early 2020. “I’ve got what my mum left me, and without that, we would not have been able to do this,” he said. “I think she saw it coming.”

The world is in a period of reenchantment with Diana. The Crown’s fourth season offered us a sympathetic portrait of the late princess as a beautiful naif who thought she was walking into a fairy tale when she married Prince Charles, only to find herself caught in a nightmare — and audiences sat up and took notice. (The British tabloids reported that Charles tried to squash the season out of fear it would undo all of the PR work he’s invested in over the past three decades to try to rehabilitate his public image following his divorce from Diana.)

And pop culture is currently in the throes of a fascination with reexamining the sins of decades past, particularly with its own misogyny: what we did to Britney, what we did to Mia Farrow, what we did to Diana. We are entranced with all the beautiful women we have harmed. So Harry and Meghan are invoking an incredibly powerful mythology when they link themselves to Diana.

“I’m just really relieved and happy to be sitting here, talking to you with my wife by my side,” Harry told Oprah near the end of their interview. “I can’t begin to imagine what it must have been like for [Diana] going through this process by herself all those years ago. Because it has been unbelievably tough for the two of us, but at least we have each other.”

Earlier on in the interview, Meghan mentioned she was glad she had been married once before and had a career of her own before her marriage to Harry. “Thank god I had that life experience,” she told Oprah. “Thank god I had known the value of working. My first job was when I was 13, at a frozen yogurt shop called Humphrey Yogart. I’ve always worked. I’ve always valued independence.”

That life experience is in sharp contrast to Diana’s state when she entered the royal family. Back then, Diana was a sheltered 19-year-old with absolutely no life experience of her own, who never had the chance to start either a career or a meaningful relationship before Charles. (During their engagement, Diana’s uncle infamously told the press: “Diana, I can assure you, has never had a lover.”) She was so awkward on camera that the tabloids nicknamed her Shy Di. She had very limited resources to draw from when she wanted to push back against the royal family.

Meanwhile, Meghan, as she reminded us on Sunday, was a working actress when she started dating Harry. She’d had relationships before and she’d had jobs before. So when she married into a family business, she knew what she was willing to put up with in her romantic and professional lives — and when to draw a line. And as her interview with Oprah proved, Meghan is poised and comfortable on camera, and both she and Harry are very skilled at setting a compelling narrative.

In the story Harry and Meghan are telling, they were both caught in the trap that ruined Diana’s life. But unlike Diana, they have each other, as well as access to resources outside of the royal family.

They can give Diana’s story a happy ending. They can redeem the aquamarine ring’s promise of freedom. They can escape the royal family, finally and at last.

Teens are calling themselves “ugly” on TikTok. It’s not as depressing as you think.
House Democrats launch investigation into Capitol riot security failures
These are the Trump associates who’ve pleaded guilty in the Mueller probe
FBI warns that hackers are targeting hospitals while coronavirus admissions surge
“The central weakness of our political system right now is the Republican Party”
This weekend's coolest concert is happening in Fortnite