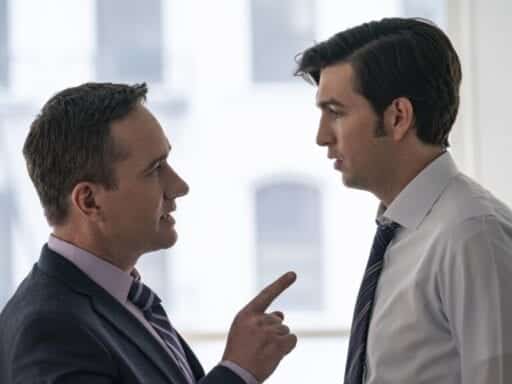 If the guy leading HBO’s parent company WarnerMedia has his way, the new HBO Max streaming video service won’t just be a Netflix competitor for cord cutters, it’ll be a new kind of cable bundle.

In an interview at Recode’s Code Media conference on Monday in Los Angeles, California, CEO John Stankey said the vision for HBO Max is to create a bundle of content that includes movies and shows not owned by WarnerMedia in addition to those it creates and licenses on its own.

“We’re basically unbundling to rebundle,” he said of the current streaming wars, where content companies are pulling shows from Netflix and launching streaming services like Disney+ and HBO Max. “At some point there will be platforms that re-aggregate and rebuild. … We’d like [HBO Max] ultimately to be a place where re-aggregation occurs,” he added.

This is the opposite of the direction the industry has been heading, with Netflix, Disney, HBO, and other media giants splintering off to create their own subscription services. But Stankey alluded to “the frustration” among consumers with this “fragmentation” and said ultimately a winning move will be to create a new version of a TV bundle.

Today, HBO Max is a $15-a-month streaming video service that offers HBO’s library of content, plus a selection of older hits like Friends and South Park. At some point in the future, Stankey hopes that it can secure content from other media companies, too, because his company is never “going to have a lock or monopoly on creativity,” he said.

Beyond his WarnerMedia role, Stankey is also the president of AT&T, the phone giant that purchased HBO parent Time Warner for $85 billion. Stankey said he won’t hold both roles indefinitely and will hire a new WarnerMedia CEO when the company gets through the current transition period. But he would not put a timetable on that.

To jumpstart HBO Max, AT&T is going to spend $4 billion on the service, the company previously said. It is giving it away to its phone subscribers and it’s trying to convince current HBO subscribers to switch to the streaming service instead.

But cable distributors, who are the current retailers of HBO subscriptions, could stand in the way, and WarnerMedia hasn’t yet cut deals with any of the big cable companies to promote the service.

Still, AT&T and WarnerMedia are projecting HBO Max will turn a $1 billion profit by 2025 and will hit 50 million subscribers. It will likely need to beef up its content library so it more closely resembles a cable bundle to get there by then.

The 10 most important Senate elections, briefly explained
Contact tracing, explained
Joe Biden says the pandemic response is an opportunity for structural change
Pete Buttigieg’s favorite author would maybe hate Pete Buttigieg
How to get the most out of your exercise time, according to science
Democrats are worried they can’t trust the 2020 state polls. Maybe they should be.