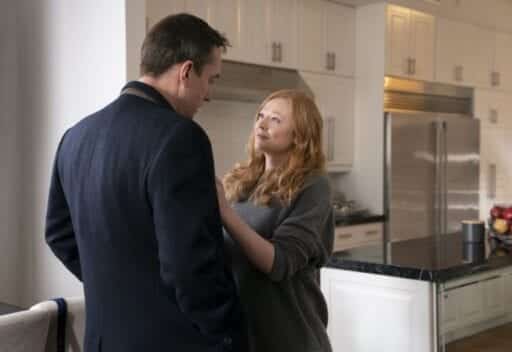 Have you opened your heart to the gospel of Succession? Since the show premiered on HBO in June, it’s the only thing I’ve been able to think about. In terms of the network’s programming, it feels like a more dramatic counterpart to Danny McBride and Jody Hill’s brilliant odes to contemporary Americana, Eastbound & Down and Vice Principals, the latter of which my Vox colleague Todd VanDerWerff described as “so dedicated to its own vision that it might make you laugh, and then make you want to throw up about five seconds later.”

All three shows are working with a similar set of tools. The characters are inherently unlikeable to the point that it’s startling to realize you’ve come to care about what happens to them, largely because the line between laughing with and laughing at them becomes so tenuous. They’re painfully funny, with the operative word being “painful.”

It’s just that Succession (created by The Thick of It’s Jesse Armstrong, if you needed any indication of the show’s pedigree) happens to be wrapped up in a more prestige-y looking package, and is working toward its central tragedy from the dramatic end of the scale rather than the comedic.

It’s that sense of cognitive dissonance that has largely allowed for Succession to fly under the radar. The show tells the story of a family-run media conglomerate wrestling with the question of who will take over if or when the patriarch chooses to step down. It looks too serious for how funny it initially is, but that humor is ultimately just as much of a defense mechanism as the brittle fronts put up by its characters, breaking apart and revealing deeper layers as the show tilts into disaster.

The show is a lot more fun than it might look. And it’s much more complex than the thinly veiled Murdoch family analog its advertising might lead you to expect.

As the first season has progressed, the series has grown into one of the most deftly executed dramas currently on TV. The show’s sixth episode, “Which Side Are You On?” ended in heart-pounding fashion with Kendall Roy’s (Jeremy Strong) failed attempt at staging a coup against his tyrannical father Logan (Brian Cox).

The sequence might as well have been a nightmare: Kendall was forced to dial into the meeting instead of attending in person, running through stalled traffic while on his phone (leaving his supporters to wilt under Logan’s gaze) and trying to interpret the stony silences on the other end of the line. The result — Logan remaining in power while Kendall was fired from the family business and left listlessly roaming the streets of New York — was blood-curdling.

That episode’s follow-up, “Austerlitz,” is a little less immediately showy, but it’s a neat microcosm of what Succession is, as well as perhaps the clearest example of how the show expertly strikes a balance between humor and heartbreak. If you’re not a Succession believer just yet, here are three reasons you should be, as explained by the episode.

Arguably, none of the Roys are people you want to root for — despite being family, they can’t even root for each other. When Logan calls his kids together for family therapy (which turns out to be for positive PR rather than any actual inclination toward healing), one doesn’t show up, and the others can barely stifle their laughter when he says that everything he’s done has been for them.

This dynamic could easily become tiresome to watch, but the personas that Succession’s characters flaunt, whether it’s Kendall’s “business bro” posing or his younger brother Roman’s (Kieran Culkin) unrelenting penis-centric humor, have gradually been peeled back, transforming my desire to see these idiots get their comeuppance into genuine emotional investment. It’s a turn that would fall flat if the cast wasn’t so uniformly great. Their bad behavior, while not justifiable, comes from a place that any viewer should find at least a little familiar.

Granted, some characters are easier to care about than others. Siobhan Roy (Sarah Snook), tellingly nicknamed “Shiv,” is the most appealing (or least odious?) of the bunch, largely because she’s the only Roy child who seems to have secured any significant measure of independence from Logan.

Instead of going into the family business, she’s gone into politics, and when the two begin to overlap, her frustration is tangible. She doesn’t want to be defined by her family’s name, but it’s not her choice to make. And Snook is a master at playing tough to the point that when Logan finally reduces Shiv to tears in “Austerlitz,” it comes as a shock.

To that end, “Austerlitz” serves as a showcase for each character’s human flaws and insecurities, as the pretext of a family sit-down brings every character together under a single roof and holds a magnifying glass to the bonds between them. Even Shiv’s less self-possessed siblings — Kendall, Roman, and Connor (Alan Ruck), the eldest and least effective son — slowly start to feel more like human beings as the show makes clear just how badly Logan has broken all of his children. Watching him try to “win at therapy,” in Shiv’s words, is uniquely frustrating, and when the proceedings fall apart, there’s a sense of loss in the air rather than satisfaction.

The show is consistently, viciously funny

Part of Succession’s emotional turn also comes from the way it deploys laughs. Armstrong uses cringe humor in abundance, first inviting us to draw a morbid kind of enjoyment from the antics of the Roy children before slowly pivoting to have us feel guilty for being complicit in their misery. But that’s not to say that the show isn’t also just plain funny.

In “Austerlitz,” for example, when therapy begins to break down, the therapist suggests everyone unwind by getting in the pool. The kids immediately tell him that doing so is out of the question because Logan can’t swim. “He doesn’t even trust water. It’s too wishy-washy.”

Moments like these are regularly punctuated by the way the show is shot, with little zooms in and out on the characters’ faces that are commonly used on shows like The Office or Brooklyn Nine-Nine, but rarely on “prestige dramas.”

Then there’s the way Tom (Matthew Macfadyen), Shiv’s fiancé, follows her around like an overeager puppy, pressing her for details on how therapy is going. His interest is both personal and practical: He works for her father. Though he knows it’s not a good time to try to angle for a better position in the company, he can’t help it — not that that should come as much of a surprise, given that his attempt to cheer Shiv up during the second episode of the series, which saw Logan hospitalized, was to propose to her in the hospital hallway.

Though Tom otherwise takes a back seat in “Austerlitz,” I’d be remiss not to mention that his rapport with cousin Greg (Nicholas Braun) is the most consistently funny part of the show. Their status as the two outsiders to the Roy family — Greg is the black sheep cousin from Logan’s (practically estranged) brother’s side — immediately puts pressure on them in an environment that’s already close to its boiling point.

Unlike the people they orbit, they don’t come from money, making their vying for some kind of status all the more obvious. Greg phones his mom for advice, and Tom can’t stop trying to needle Shiv about how to best impress her family.

Tom loves Shiv, but he loves the power that the Roy name bears, too. As such, though he ought to be able to find common ground with Greg as another (relative) beggar at the feast, Greg also constitutes a threat to his position.

Tom is, to put it mildly, absolutely horrendous to Greg, subjecting him to near-constant verbal abuse (which he plays off as a joke, a tactic Greg is finally getting wise to) and using Greg as a pawn in his attempt to climb the Royco ladder.

It’s a demented relationship, but Macfadyen is so good at playing a sociopath, and Braun is such a delight, that it’s impossible not to laugh while watching as they navigate everything from a corporate “death pit” to eating ortolan, a delicacy that was also notably featured on Billions as a marker of wealth, as it involves consuming a protected species of songbird whole (and which Tom gleefully tells Greg is “kinda illegal”).

Succession is turning out to be a Greek tragedy, and you’ll want to be along for the ride

Of course, Succession’s humor has become all the more precious as the series progresses. “Austerlitz” is particularly grim, as Kendall’s journey to family therapy takes him on a detour into a drug den, first. Early on in the season, it was established that Kendall is a recovering drug addict, and that his marriage fell apart as a result of his drug abuse and his commitment to his work — or perhaps more accurately, to his father.

His relapse is crushing, as is the knowledge that it is in equal parts due to just how low he’s been laid by getting fired from the company (and then being sued by his father for his insubordination), and to his father planting stories about a relapse in the tabloids.

When Kendall finally arrives at the New Mexico ranch where his family is gathered, he’s high out of his mind. He’s smiling throughout the ensuing confrontation with his father, but there’s no semblance of happiness in his attitude — there hasn’t been through the entirety of the show thus far.

“I was born lucky,” he says, but he knows the Roy silver spoon is a blessing and a curse. Like Shiv, he’s inextricably tied to his family despite how ill-suited he is for the shark tank it is, and he’s finally realized that the reason (or one of the reasons) that Logan seems to hate all of his children is that they were born with luxuries that he had to earn.

Strong is giving perhaps the most impressive performance on the show — every scene of his brings to mind the devastating finale of The Thick of It, in which spin doctor Malcolm Tucker (Peter Capaldi) finally decides he has nothing left to say — and is most clearly shepherding Succession toward the Greek tragedy it now seems it’s always been.

Tension is brewing between the Roys, and it’s clear that something horrible lies ahead, especially now that they all know they’re capable of stabbing each other in the back. Thanks to his father, Kendall has become a man with nothing to lose, which, for once, actually makes him dangerous. That is, if he’s able to keep from falling prey to his own monsters.

We’ve known from the start that the Roys are horrible people; what makes Succession so impressive is that it has managed to make their turning against each other so difficult to watch. It’s hard to imagine what would constitute a “happy” ending to the season — if one is even in the realm of possibility.

Despite how much we’ve learned about the Roys already, there’s still a lot left to unravel. To wit, in contrast to what the Roy children said about their father earlier in the episode, “Austerlitz” ends with a shot of Logan slowly swimming in the pool as his children depart one by one.

Fat Bear Week 2019: Choose the fattest brown bear in Katmai National Park, Alaska
Trump says he will fill Ginsburg’s seat “without delay”
Elizabeth Warren says impeachment is more than just a “political inconvenience”
The January Democratic debate, like the slate of Oscar nominees, will be very, very white
Another global climate strike is coming Friday. These kids aren’t giving up.
Tech companies use “persuasive design” to get us hooked. Psychologists say it’s unethical.